On average solar PV system prices dropped for the month of December 2015 were lower across all capital cities for all system sizes than those from November 2015. The drop was due at least in part to a new calculation method: The ‘Solar Choice discount’ offered by installers in the Solar Choice network – hitherto excluded from calculations in our monthly PV Price Index articles – has been kept in, thus more accurately reflecting the retail price of solar PV systems on offer in Solar Choice’s Solar Quote Comparisions. STCs accounted for a price reduction of approximately 79c/W for Zone 3 cities (Sydney, Canberra, Perth, Adelaide, and Brisbane), and around 67c/W for Melbourne & Tasmania. 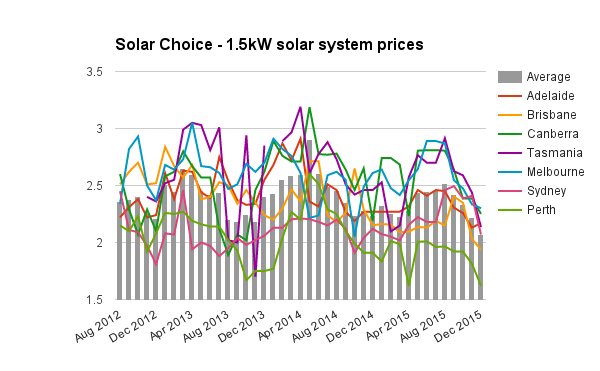 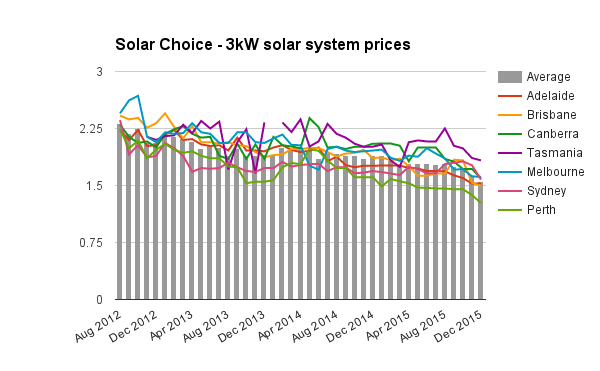 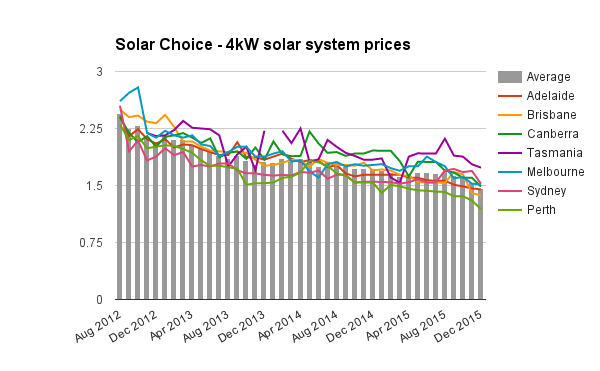 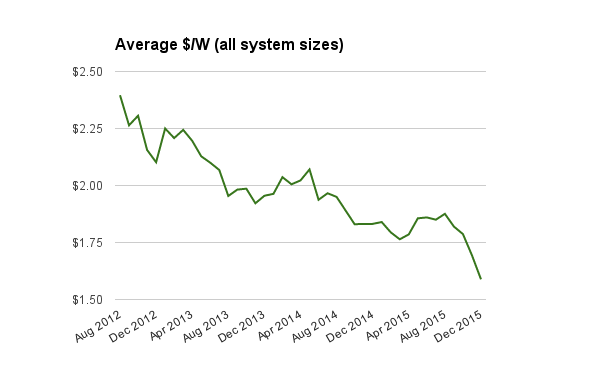