Australian Utility Week 2015 wrapped up today. The two day event was held at Sydney’s Luna Park, and as I walked through the gigantic face/gate that serves as the iconic entrance, the phrase ‘Into the maw of madness go I’ rose up from my subconscious unbidden.

Although the motto of the eerily horror movie-esque theme park (which also does weddings) is the slightly insidious ‘Just for fun’, one might argue that they couldn’t have chosen a better venue to appropriately capture the sentiment of what the conference represents for the Australian electricity system, which is facing a disruption of unprecedented magnitude. This is admittedly a slightly dramatic description, but there’s certainly a seed there.

The conference confirmed for anyone who was still in doubt that there are major changes afoot in Australia’s electricity system; in fact, this knowledge is almost certainly why they came. Anyone who wants to become (or remain) a player had better evolve – and quickly.

Distributed energy is here to stay, but how will it integrate with utilities?

Australia’s electrical system has been going through a fascinating transition in the past 5 years or so. The massive uptake of residential rooftop solar panels in Australia (which currently – and proudly – leads the world in per-capital installations) was the first stepping stone in the change of perception about how electricity is generated, delivered and consumed here. With solar panels, a large number of electricity end-consumers knew the feeling of producing their own electricity at home – and they like it.

It was noted in at least one of the sessions at the conference that electricity utility customers don’t really care much about how their consumption patterns influenced their electricity bills – they just want to be able to flick a switch and for the lights to come on, and paying for it was an afterthought.

The ‘solar coaster’ of feed-in tariffs incentive ups and downs, coupled with rising electricity prices, changed that – suddenly, there were a lot more electricity consumers who cared about how much they were consuming. One side effect was that Australia’s solar homes to come to view the electrical system (the ‘utility complex’) with disdain – conflating networks, retailers, generators and gentailers along the way, in many cases. The growing affordability of rooftop solar galvanised ordinary people to begin adopting a ‘who needs the grid’ attitude.

The growing affordability of batteries for home energy storage has only bolstered these attitudes; many of the most disgruntled customers will be the ones with the largest bills, looking for more affordable solutions. The only question is whether the free market can provide some kind of system providing services comparable to those of the state-regulated grid – reliable, affordable electricity supply by government mandate. Getting off the grid is still not yet financially realistic or attractive for virtually anyone besides those with a lot of cash and an almost pathological desire for energy self-sufficiency.

Australia’s electrical infrastructure follows a nearly century-old system model: Centrally generated electricity delivered over long distances via a network to homes and businesses. It’s only recently that it has become a two-way-street. 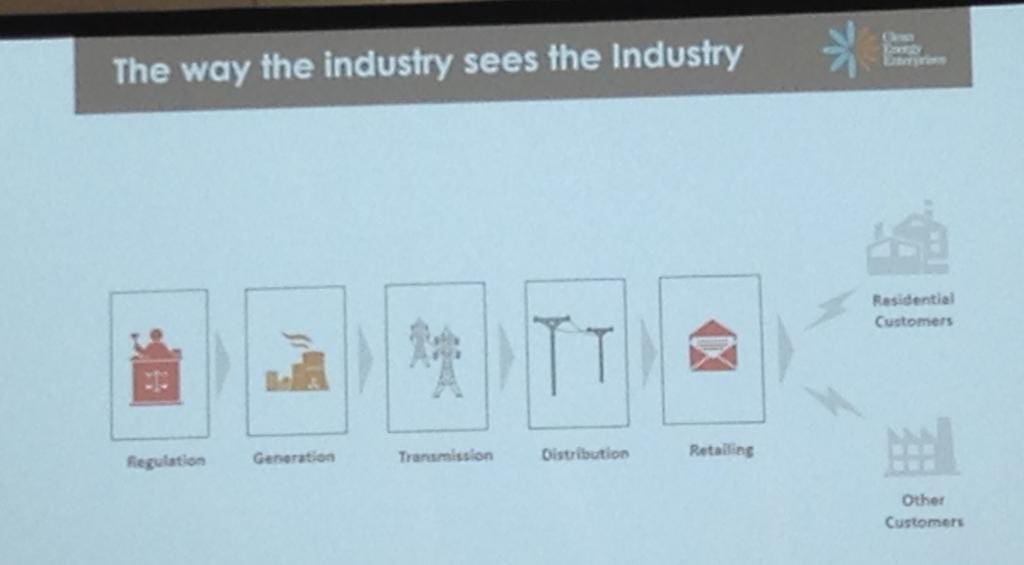 The electrical system, as seen by the industry and as it has functioned historically. Image via Clean Energy Enterprises.

This is changing, however, as more and more end-users begin to question whether they could feasibly generate their own electricity needs somehow. Although virtually all of them will conclude that they cannot, the main shift is that they’re now contemplating it – and many feel that it may even be possible in another few years. 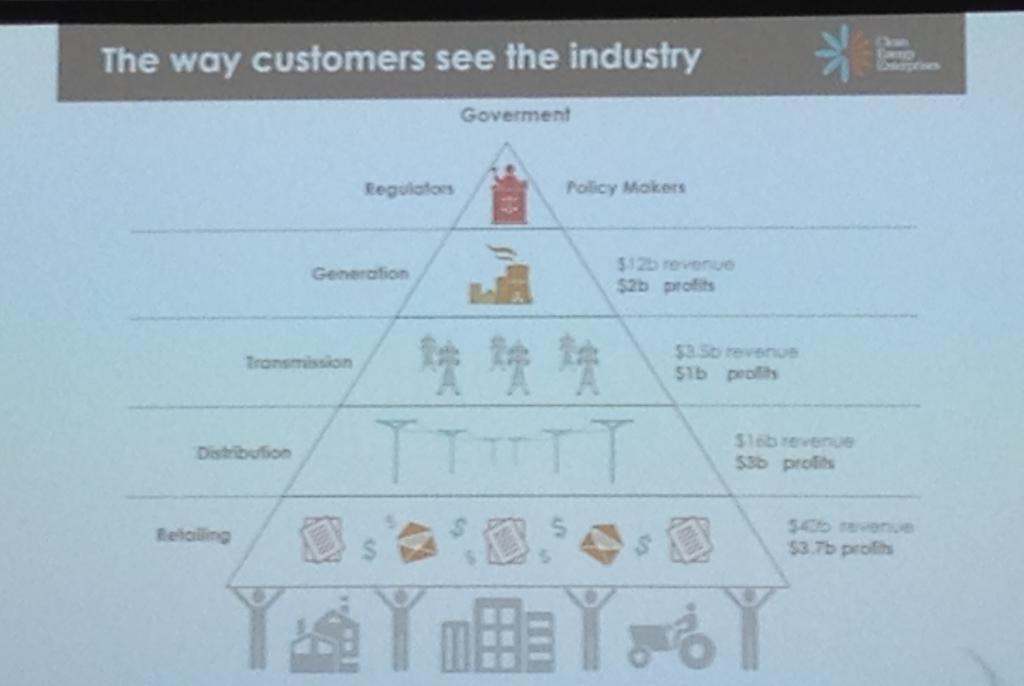 Our electrical utilities by their very nature unaccustomed to the sort of competition which is now popping up in the form of localised, distributed generation sources like rooftop solar and battery systems. Virtually every player in the space is currently trying to position themselves to survive the paradigm shift ahead. There’s a recognition that if don’t start getting involved in this space, the vacuum will eventually be filled by other energy service providers – companies that offer solar + storage, microgrids, etc.

For utilities, it’s a matter of adapting or passing into obsolescence – and they are adapting. But there will be many other, new players in the mix as well. The electricity system of the future will be similar to the electricity system we have now, but probably only superficially. Australian Utility Week brought this conversation to a head.