If the recent trail of new innovations is any clue, the race to find a new champion to boost the fortunes of thin film solar has never been more intense. The latest contender for the prize is Stion, a US-based thin-film PV manufacturer funded by Khosla Ventures.

In a recent announcement, the company claimed to have achieved 23.2% efficiency on its thin-film CIGS cells using a proprietary tandem-junction technology.

When incorporated into a small-area (20 cm x 20 cm) prototype module, the new cells from Stion reached 20.0% module efficiency – a whopping 50% improvement over Stion’s own current product offering, well above other thin-film offerings and almost on par with the best that silicon PV has to offer.

Typical materials used in solar panels only absorb a fraction of the sun’s spectrum. By layering two (or more) different solar circuits, each engineered to absorb a different part of the spectrum, a tandem-junction module can absorb a broader range of incoming light thereby producing more energy than traditional panels.

Research scientists typically achieve this by depositing carefully tailored materials on top of each other to produce a monolithic tandem structure with very high efficiency. For example, the current record efficiency achieved for a 2-cell stack for non-concentrator applications is 31.1% (achieved by NREL). However, the monolithic structure is very expensive to create.

Stion has addressed this by using the two separate cells and mechanically bonding them within the module (shown in the image below). Although this results in lower efficiencies than monolithic tandem cells, it is well within the high range of silicon solar cell efficiencies. 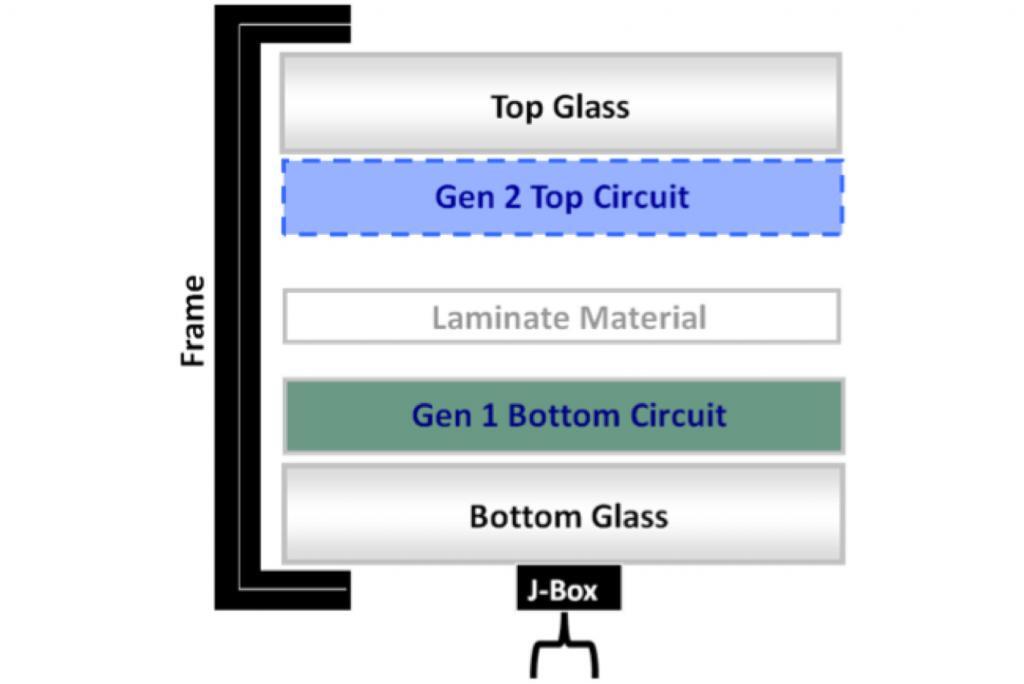 More importantly, however, Stion’s patented manufacturing processes are simpler and more amenable to large-scale production. The company aims to commercialise its technology (trademarked Simply Better) at its pilot production line in San Jose, California. The resulting larger, monolithic commercial modules (65 cm x 165 cm) are expected to have improved performance, with Stion aiming for module efficiencies in the 20-22% range.

Stion’s tandem product “can compete with all the incumbent silicon (not thin film) players by matching the efficiency of silicon cells with the costs of thin film,” says investor Vinod Khosla. If he’s true, Stion may just upturn conventional wisdom that thin-film PV is the cheaper but lower-efficiency alternative to silicon solar.