Researchers at the University of Michigan have developed a new, eye-catching transparent photovoltaic cell using a novel mixture of organic and inorganic materials, thereby bringing colourful photovoltaics one step closer to the market.

Professor Jay Guo and his group have made a palm-sized American flag slide (pictured above and below) using a combination of organic and inorganic (amorphous silicon) materials. As Guo explains, “All the red stripes, the blue background and so on – are all working solar cells.”

The appeal of such colourful devices is not so much in the efficiencies they provide (2% in this case, typically less than 10%), but the large range of applications. According to Guo, “this offers a very different way of utilizing solar technology”. He explains, “Today, solar panels are black and the only place you can put them on a building is the rooftop…We think we can make solar panels more beautiful – any color a designer wants. And we can vastly deploy these panels, even indoors.”

A number of solar cell technologies have been suggested for developing such building integrated photovoltaics (BIPV) applications including organic PV and dye-sensitized solar cells. However, the range of colours possible using such technologies is constrained by the material choices. Organic solar cells, for example, can only be found in shades of red and yellow, but not in blue or green. In the case of nano-structured devices, the colour changes depending on the viewing angle, giving cells an unnatural iridescence.

To solve these problem, Guo’s team has used extremely thin layers of amorphous silicon (the same material used in amorphous silicon PV panels) and coated them with conductive organic materials. By carefully controlling the thickness of the amorphous silicon, his group was able to successfully tune the colour of the cell to the full range of basic colours recognizable by the human eye: red, blue and green – while also achieving 2% power conversion efficiency. 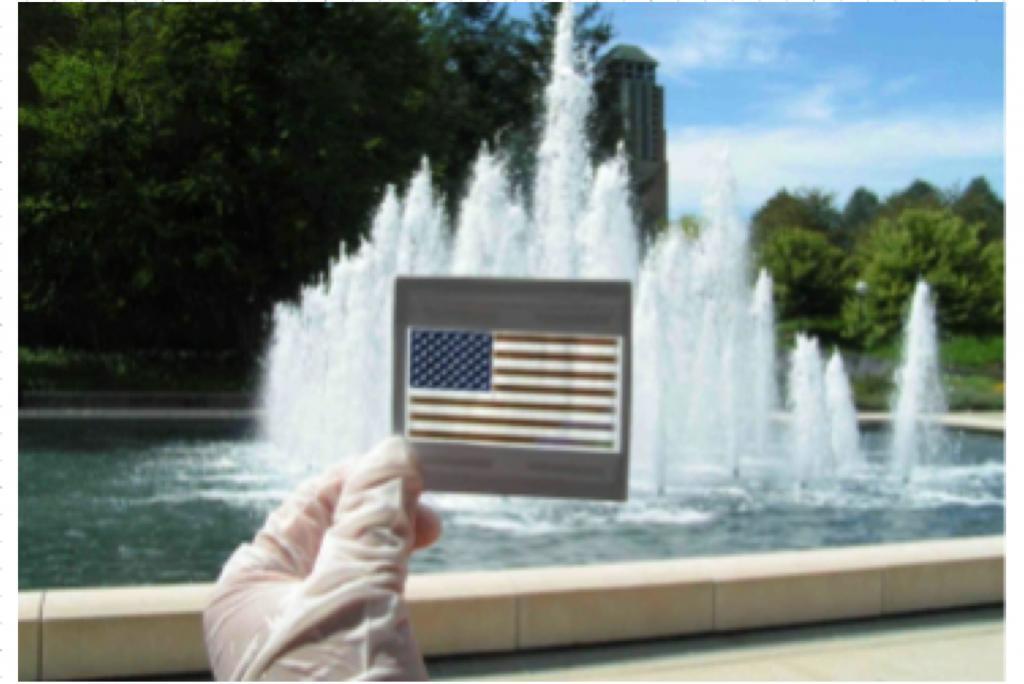 Although researchers continue to improve efficiencies, the trade-off between colour and efficiency will always exist since the colours we perceive are the sections of the sun’s spectrum that the cell is unable to use to produce electricity. Regular PV panels appear black in comparison because they absorb all colours.

However, unlike standard PV panels, Guo’s cells have the advantage of producing the same amount of electricity regardless of the position of the sun.

Although the cost of producing such cells has not been revealed, the processes used can, in theory, be adapted fairly easily and cheaply to make stained-glass windows, bill boards and even window shades harvest solar energy without sacrificing aesthetics.

As Guo surmises, “Solar energy is essentially inexhaustible, and it’s the only energy source that can sustain us long-term. We have to figure out how to use as much of it as we can.”