More than 60 per cent of new electricity generating capacity brought online inthe US in 2015 has been provided by renewable energy sources, a new report has revealed.

The report, the latest Energy Infrastructure Update from the Federal Energy Regulatory Commission (FERC), shows that wind energy was the major single contributor to new US capacity in the first nine months of the year, accounting for 2,966 megawatts (MW) of the total 7,276 MW of new capacity – or more than 40 per cent – and beating out gas. 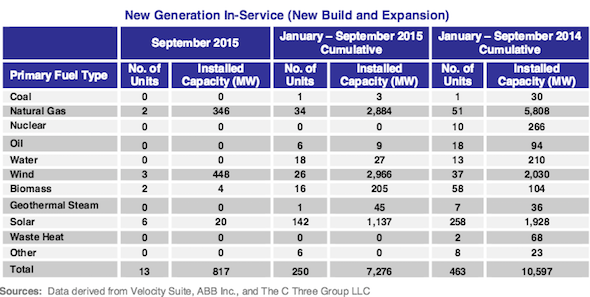 FERC reported no new capacity for the year-to-date from nuclear power and just 9MW from oil and 3MW from coal.