Average residential solar system prices have leveled out, changing little between October and November according to figures from the Solar Choice installer network database. This follows about four months of steady declines amid questions about the future of the Renewable Energy Target. Although overall average prices were steady, closer examination shows some variability in prices between cities and system sizes. This month, systems were dearest in Hobart and Canberra, while prices were generally lowest in Perth. 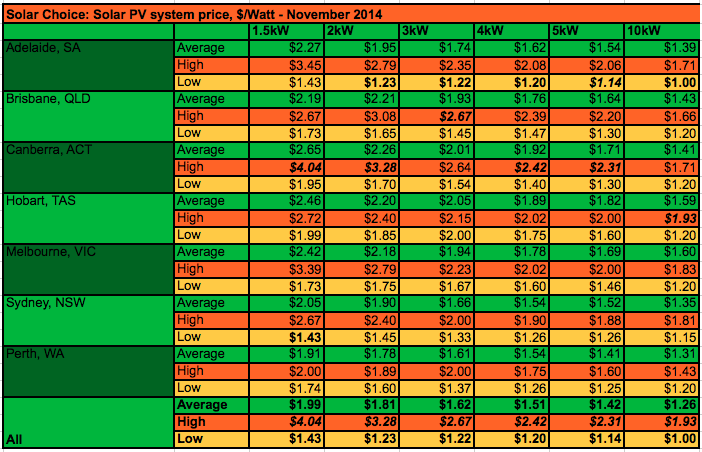 STCs accounted for a price reduction of approximately 70c/W for Zone 3 cities (Sydney, Canberra, Perth, Adelaide, and Brisbane), and around 66c/W for Melbourne & Tasmania. 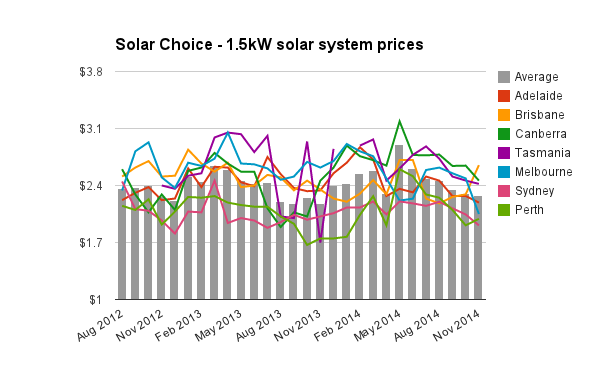 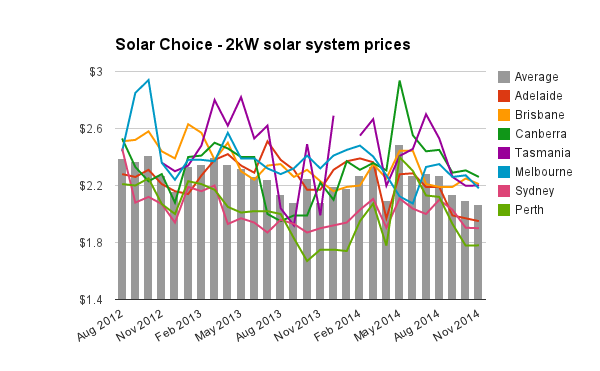 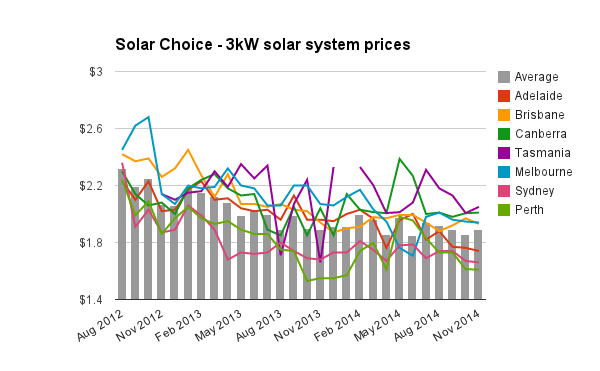 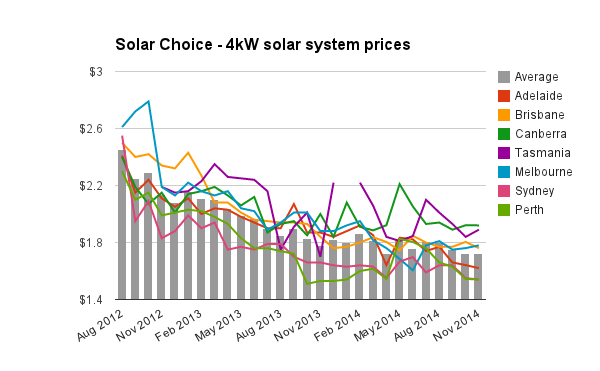 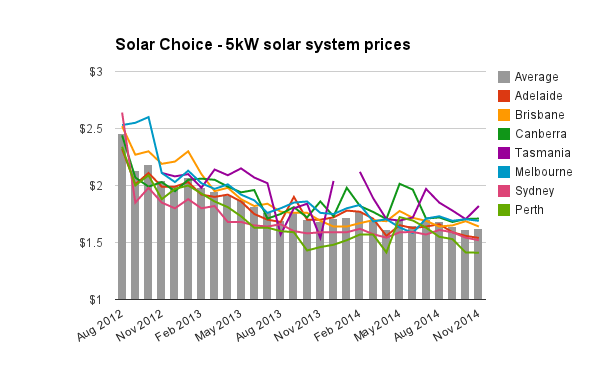 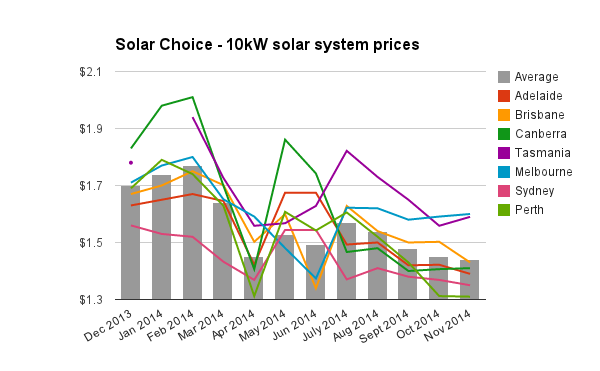 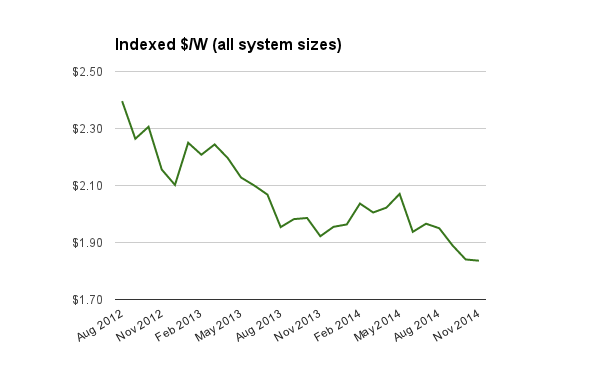