Australia’s federal government has been branded “unbelievably irresponsible” for its inaction on climate change, in comments by US economics professor Jeffrey Sachs.

Sachs – who is a former director of the director of the Earth Institute at Columbia University – also suggested that climate policy progress in Australia, as in the US, had been hijacked by fossil fuel interests.

“This isn’t about the future, it’s about right now,” Sachs said in comments on the ABC TV’s Q&A program this week. “What is the matter with these people? 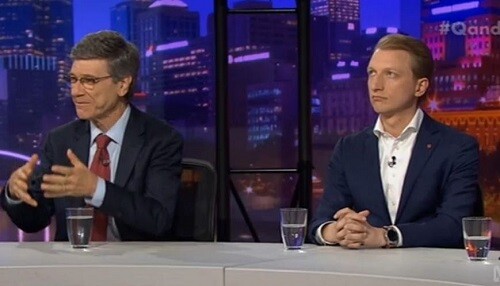 “(Either) they really don’t know (about the science of climate change) … or they are so corrupt and taking oil money that they pretend that they don’t know.

“And so that’s the real story here. The governments are not representing you properly right now, because the planet is facing profound dangers, we’re all at risk, and our governments need to act. And they promised that they would act, but they’re not acting right now.”

“In Canberra and in Washington and in other places, they are not representing the common interest at all. They are representing a few big companies, but not the people.”

But Sachs, who described his own country’s current administration as “bizarre” and “corrupt,” said there was a road to redemption for the Morrison government.

“Make a plan, make a timeline, tell the world how you’re going to decarbonise, and then we’ll all be happy to hear from Australia that there’s really a plan. All we see is one PM after another falling over thus issue. But we don’t see any action.

“PV has come down so much in price, it’s clean, you should be exporting sunshine, actually, not coal.