Ecoult is the developer of a hybrid battery and carbon-based ultracapacitor called the ‘UltraBattery’ that rivals lithium-ion batteries on performance and beats them on costs. Already deployed in a number of grid-support and industrial applications, the company is also aiming to bring the UltraBattery into homes and small businesses in the near future.

Lithium-ion vs lead acid: An old paradigm being flipped on its head

Lithium-ion batteries are all the rage these days: Their tolerance to deep discharging, long cycle life and ability to ‘ramp up’ to provide large volumes of power quickly have made them the battery of choice for electric vehicles (EVs), with Tesla Motors playing a leading role in improbably making these batteries ‘sexy’.  Lithium-iron phosphate (LiFePO4) is the variety of lithium-ion battery with the broadest appeal thanks to its favourable specification profile and relative safety & affordability.

Lead acid batteries, on the other hand, seem to have been dismissed out of hand as a parade of new energy storage products pile into the Australian market. The two most popular types of lead acid batteries – ‘wet cell’ (flooded) and gel & AGM variants of ‘valve-regulated’ lead acid (VLRA) batteries – are commonplace enough to have received virtually no media attention as an option for home energy storage, despite (or perhaps because of) competitive pricing, easy recyclability and being widely deployed & well-understood by the industry.

It’s also worth noting that lead acid batteries do not have the same sort of freight safety restrictions that lithium-ion batteries do, meaning there are fewer hurdles when it comes to importing them to Australia. 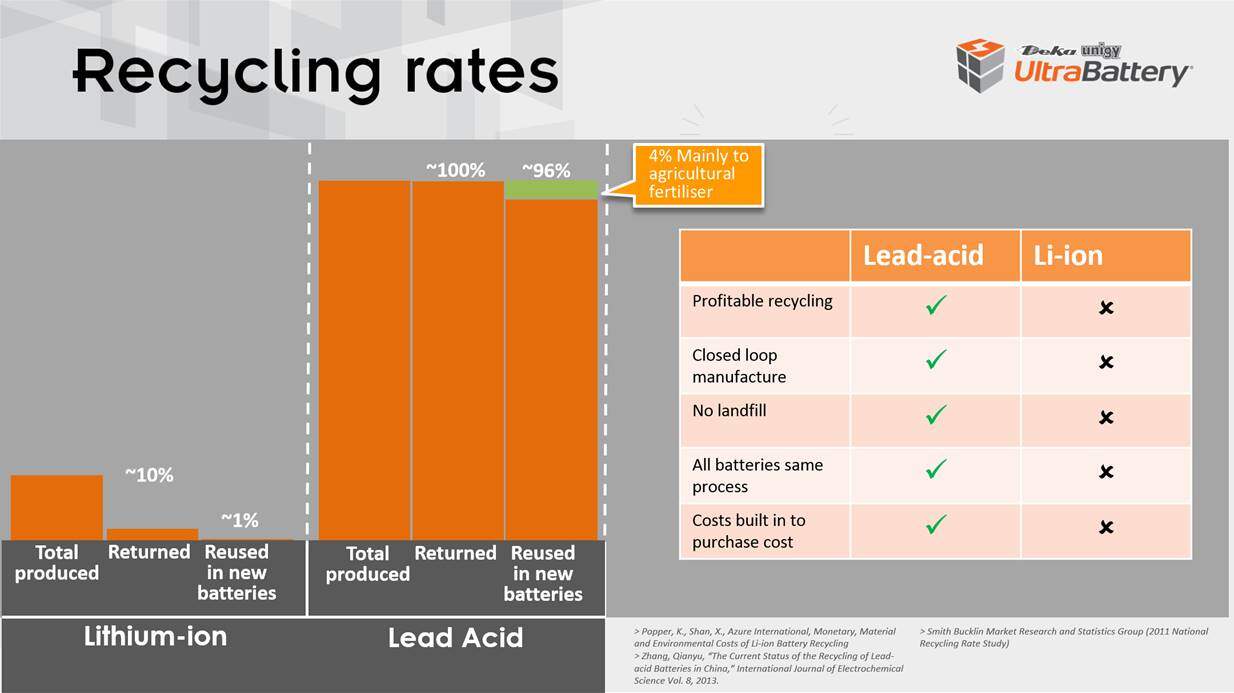 How the UltraBattery offers the best of both worlds

Ecoult’s UltraBattery takes the undeniable benefits of lead acid batteries and fuses them with the features that make LiFePO4 batteries so attractive. What makes it so ‘ultra’?

Firstly – and arguably most importantly – the UltraBattery has a longer operational life even with deeper regular discharging than conventional lead acid batteries (60% usable energy cycling vs 30-50% for most lead acid batteries) – at a competitive price point. This means that more of the energy stored within the battery is actually accessible for regular use – and for a much longer period of time. This means more value for each unit of energy stored.

Secondly, the UltraBattery is capable of impressive feats of instantaneous power output, when required. Contrast this with conventional lead acid batteries, which struggle to satisfy high power demand (e.g. multiple devices operating at once) even if they have enough energy stored within them to meet it. To draw a plumbing analogy, the UltraBattery has a significantly larger ‘spout’ for delivering and receiving energy than do conventional lead acid batteries. Thanks to its hybrid nature, the UltraBattery can also be occasionally discharged 100% in order to support critical events, meaning that on top of performing its normal daily application, supplying even more energy when it is needed most – for example, in the event of a grid blackout.

Thirdly, the UltraBattery happily operates at partial states of charge (PSOC). Flooded lead acid and VRLA batteries function best under a clean charge/discharge regime: Withdraw energy steadily, then charge back up steadily. Partially discharging then recharging traditional lead acid batteries repeatedly on a regular basis has detrimental impacts on their longevity and overall efficiency; this is not an issue with most of their lithium-ion counterparts.

Lastly, the UltraBattery is overall significantly more tolerant to general ‘abuse’. All of these facts about the UltraBattery knock back the conventional wisdom that lead acid batteries are fragile and must be treated delicately in order to extend their lifespan. The UltraBattery is clearly much more robust in demanding environments than flooded and VRLA batteries.

The UltraBattery retains its ability to hold a charge much better than VRLA when operating at partial state of charge over the course of its lifetime.

Going from large-scale to small-scale: The UltraBattery’s growing range of applications

Ecoult’s hybrid battery and carbon-based ultracapacitor technology was first developed by Australia’s own CSIRO before being put into commercial production by East Penn Manufacturing in the US state of Pennsylvania. The UltraBattery has been widely deployed in medium to large-scale applications around the globe – including wind smoothing, solar smoothing & shifting, diesel microgrid support and ancillary grid services. 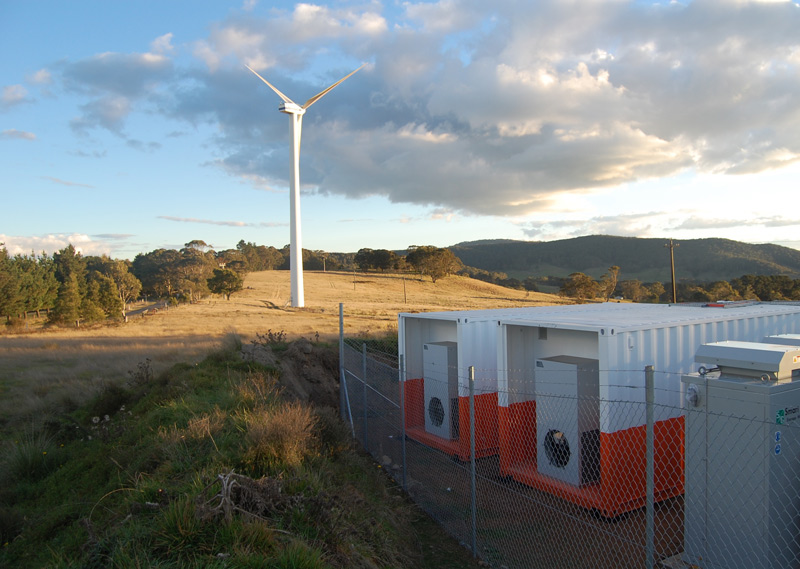 On the back of its success in these fields, Ecoult is delving into smaller-scale applications, recently introducing a 29 kilowatt-hour nominal (kWh) battery bank for small-scale commercial applications. Ecoult has also announced that it will be introducing a 5kWh unit around mid 2016.