There is now a total of five gigawatts (5GW) of solar PV capacity installed in Australia, bringing the Sunburnt Country to its next solar milestone, according to leading solar consultancy SunWiz.

The news comes on the heels of the announcement of two other noteworthy moments in Australian solar history (which happened more or less concurrently): One panel per person across 1.5 million solar homes.

In terms of energy produced, solar accounts for roughly 2-3% of total generation in Australia.

The chart below, from SunWiz, shows how Australia’s solar capacity has grown over the years to eventually total the 5GW we have today. 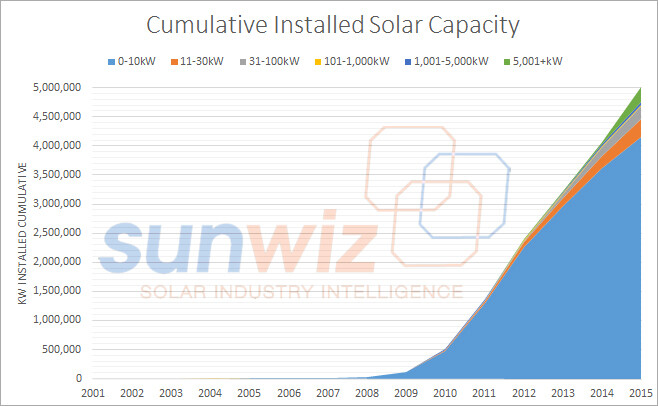 The chart below, also from SunWiz, shows how the capacity is broken down by state and territory. 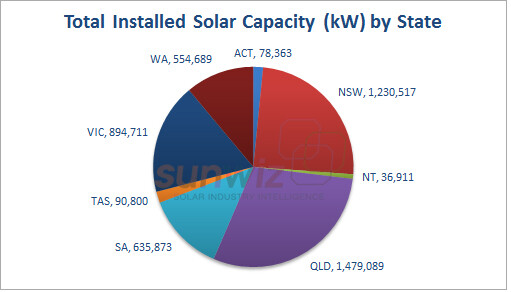 On a slightly more dour note, SunWiz has also noted separately that the number of new solar installations – both residential and commercial – dropped significantly at the beginning of the year, with only 47 megawatts (MW) of new capacity added in January 2016, down from about 57MW in December.

SunWiz chief Warwick Johnston noted that this marked ‘the worst start a year in a long while’.