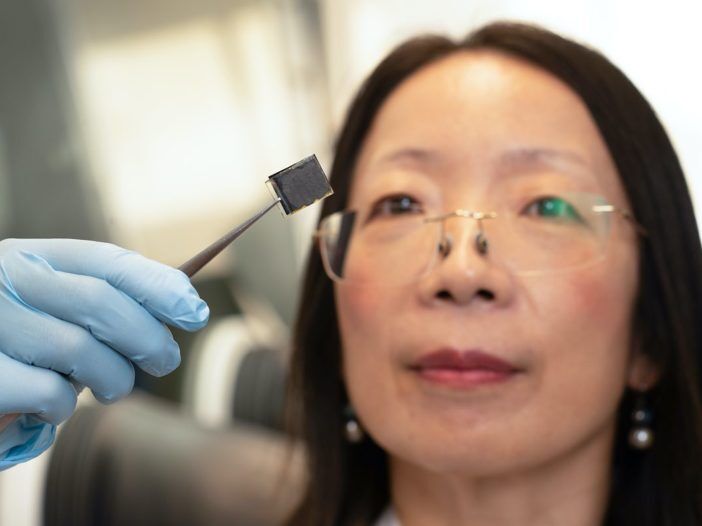 Queensland University of Technology researchers have found a way to boost the performance of perovskite solar cells using a special “armour” created from human hair.

Borrowing from a separate stream of QUT research that used hair scraps to create carbon nanodots, a team led by Professor Hongxia Wang discovered a way to tackle some of the key barriers to perovskite solar commercialisation, including a lack of stability and prohibitive costs.

The team found that by adding a solution of carbon dots – zero-dimensional carbon-based materials the size of a few tens of nanometers – into the process of making the perovskites, they formed a wave-like layer.

“It creates a kind of protective layer, a kind of armour,” said Professor Wang. “It protects the perovskite material from moisture or other environmental factors, which can cause damage to the materials.”