The average price for a commercial solar PV system dropped noticeably between June and July 2016, according to figures from Solar Choice’s installer network database. While prices for each month in the first half of 2016 saw an average of about $1.33, the average price for this month was $1.29 – on par with Dec 2015, which was hitherto the lowest that we’ve witnessed. In this way, the commercial price trend for this month mirrors the residential one, where June prices were on par with December. While 10kW system prices remained more or less level, prices for 30kW, 50kW and 100kW systems came down by several cents per watt (c/W) in nearly all of the cities included in the Index. 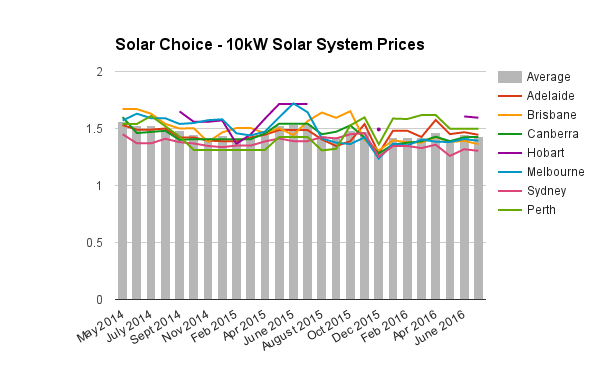 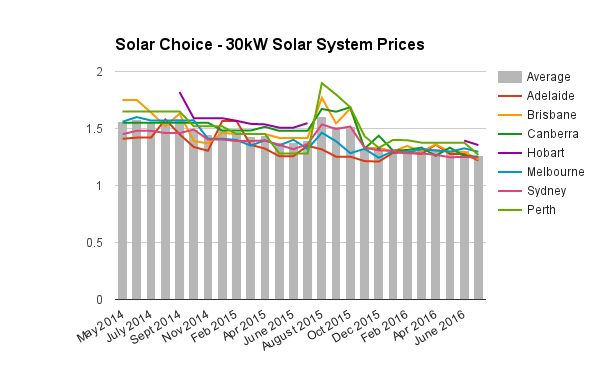 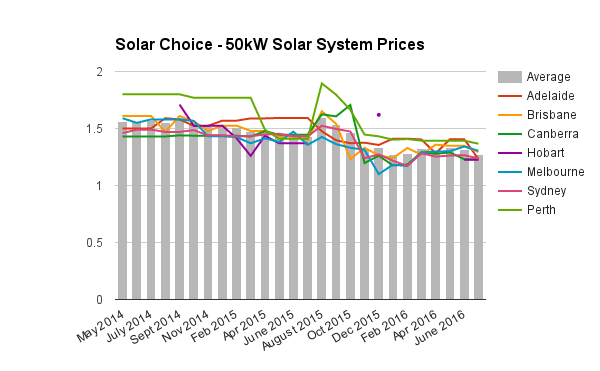 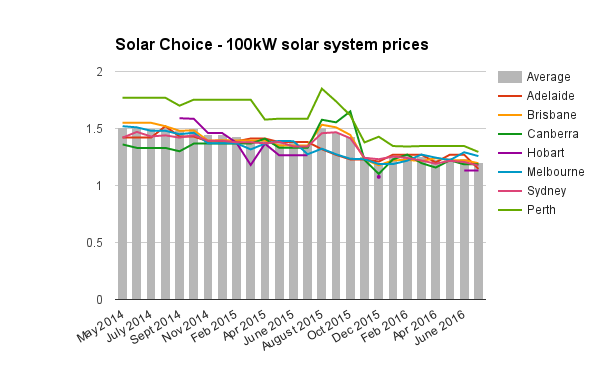 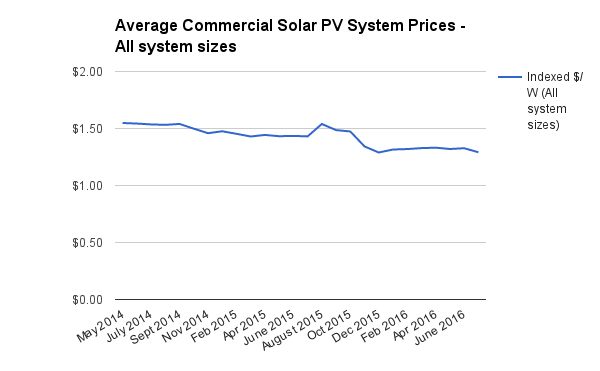 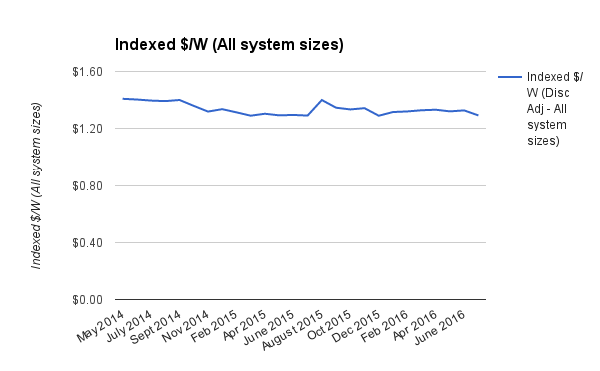