The competition is open to all groups and contestants are asked to design a 2kW inverter with a maximum rectangular volume of 40 square inches. For comparison, the first generation iPad has a volume of 38 square inches and is in the order to 100 times smaller than inverters commonly employed in residential solar systems around Australia. That is a very small volume in which to fit the advanced circuitry Google is looking for.

In addition to size restrictions, Google has outlined a number of other notable requirements the winning inverter must meet. This includes a DC‑to‑AC efficiency of greater than 95%, the ability to maintain a maximum external temperature below 60 °C during operation, a restriction to air‑only cooling schemes, an input DC voltage of 450V and an output AC voltage of 240V at 60 Hz. 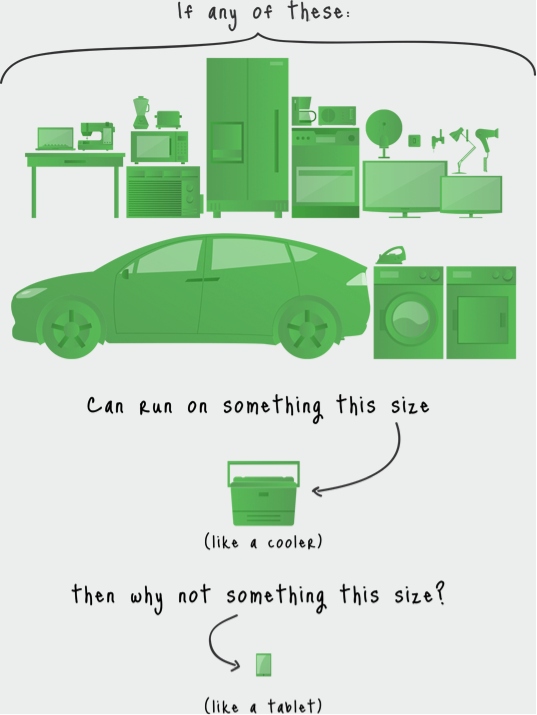 The winning design will be announced in January 2016.

Smaller inverters can significantly reduce pricing by minimising materials and transportation costs. Inverters of such small scale also open the door to a number of opportunities to deploy solar energy and battery storage in scenarios previously thought of as off‑limits due to weight and space restrictions.

An inverter such as this may also add another level of functionality to electric cars (EVs) by providing back‑up power in emergencies. At a maximum input voltage of 450V, it may be possible to connect the inverter to an EV battery bank in order to run appliances during a power outage.

Google’s sponsorship of such an award is no surprise – they have previously shown quite a strong interest in renewable energy development. Currently, 34% of Google operations are powered with renewable energy and they have publicly stated aspirations to be completely powered by renewables.

This competition poses an intriguing set of opportunities, for solar energy systems as well as for distributed residential storage. It may well be a vision of things to come. In combination with cheaper batteries, low‑cost tablet‑sized inverters will seriously challenge reasoning for the ‘brute force’ electricity networks we have grown so accustomed to.