Excessive sugar consumption might be a big no-no for the health-conscious, but according to a recent paper published in Nature Communications, what’s bad for you might be the perfect fuel for a new generation of fuel-cell batteries.

Y. H. Percival Zhang and his team of researchers at Virginia Tech have developed a promising new bio-battery that can extract more energy out of sugar than a lithium-ion battery. As Dr. Zhang states, “Sugar is a perfect energy storage compound in nature, so it’s only logical that we try to harness this natural power in an environmentally friendly way to produce a battery.”

The new battery falls under a general class of fuel cell technology called enzymatic fuel cells (EFCs) that release energy by using chemical catalysts to break down the fuel – unlike, say, combustion engines that use heat to extract energy from the fuel. The ‘fuel’ in this case is a type of sugar called maltodextrin, a compound similar to common sugar (sucrose) that can be made from natural corn starch. It is often used as a food additive in everything from sodas to candies to beer.

While other sugar-powered batteries have been attempted before, such batteries generally suffer from slow reaction rates (lower power output) or low energy densities (requires more frequent refuelling) due to incomplete breakdown of the fuel. Both of these are undesirable for most battery applications.

The researchers have managed to overcome these problems by creating a unique enzymatic pathway (series of related chemical reactions) that releases energy in the form of electricity while completely breaking down the sugar. See below for a picture of the battery powering a digital clock. 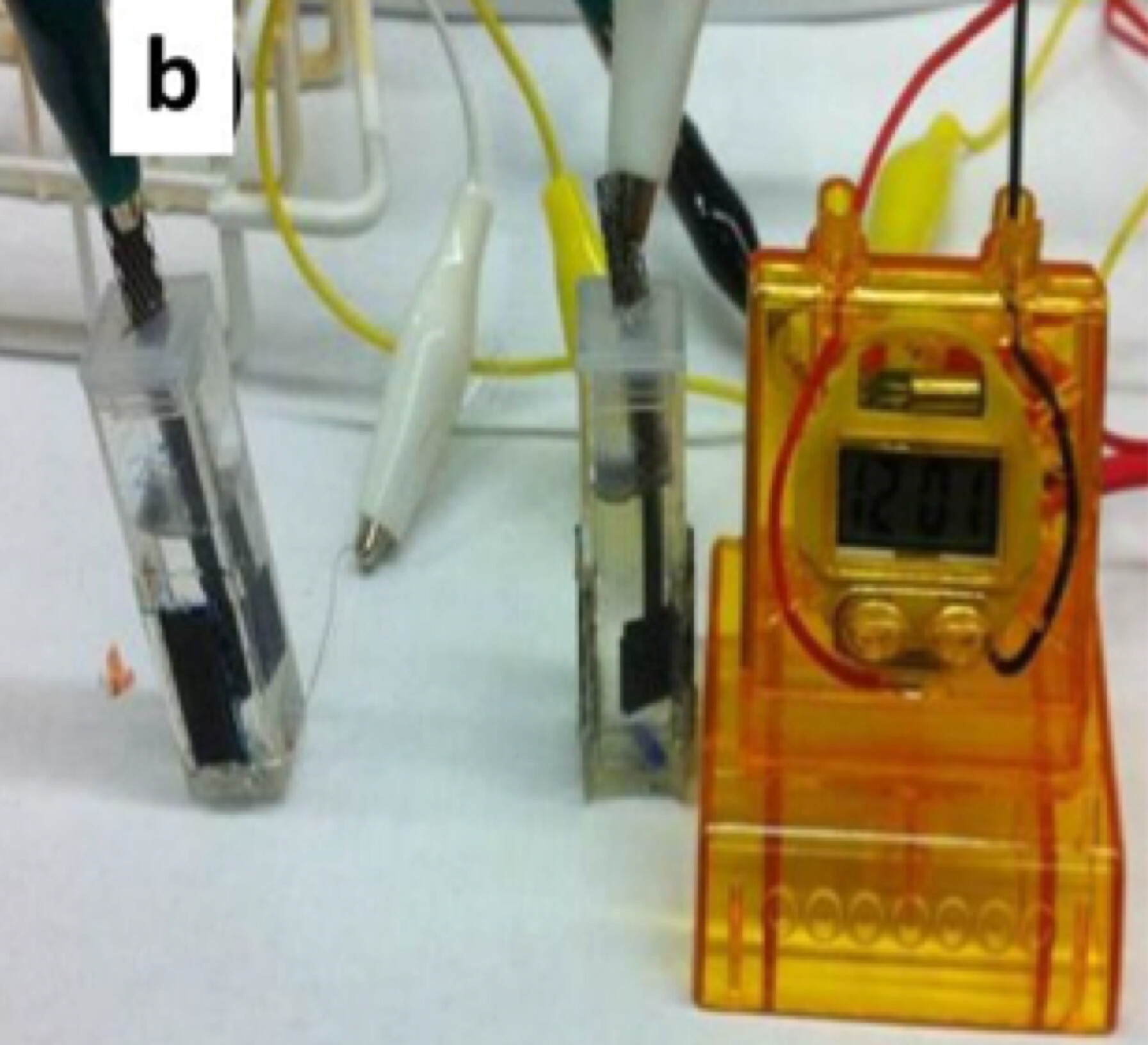 The maltodextrin-based fuel used in this study has an energy density of about 300 watt-hours per kilogram (Wh/kg) – almost double that of lithium-ion batteries (150 Wh/kg). If highly pure maltodextrin is used, energy densities of up to 2000 Wh/kg are possible – a whopping 10x improvement over Li-ion (see graphic below). 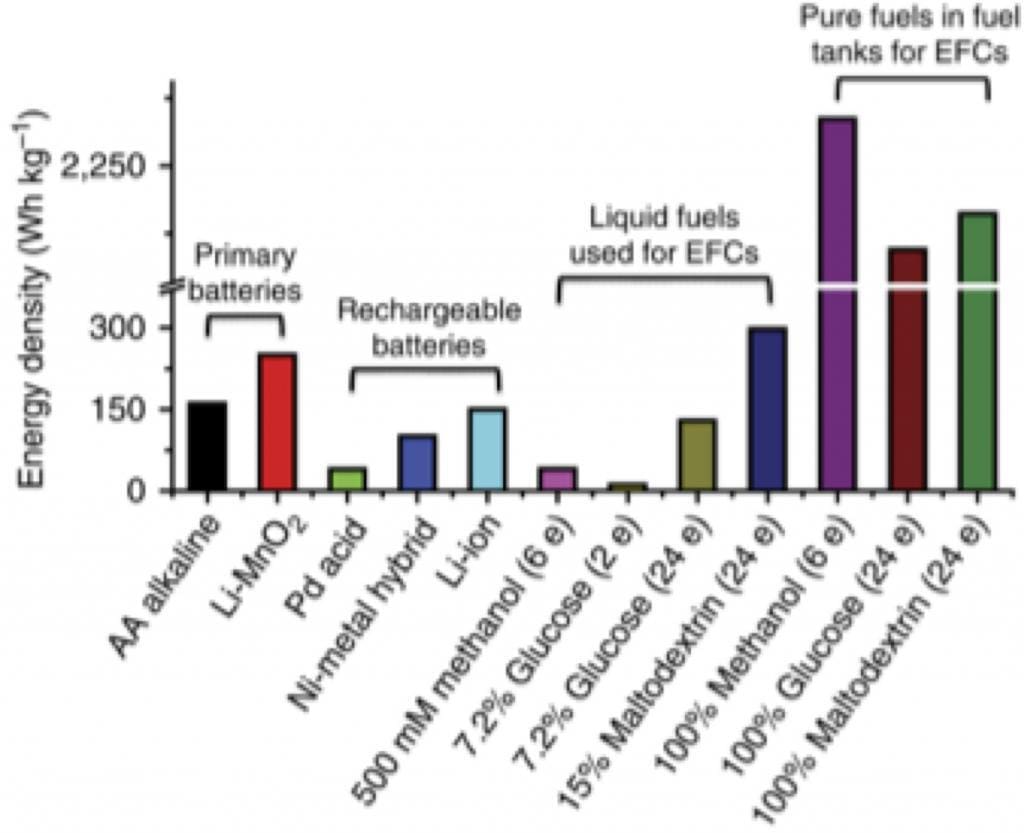 In addition to having a higher energy density, the battery can also be refilled quickly and is more easily disposed off than flammable Li-ion or hydrogen fuel cell batteries. As Dr. Zhang says, “Different from hydrogen fuel cells and direct methanol fuel cells, the fuel sugar solution is neither explosive nor flammable and has a higher energy storage density. The enzymes and fuels used to build the device are biodegradable. The battery is also refillable and sugar can be added to it much like filling a printer cartridge with ink.”

While the technology seems promising, the researchers have admitted that further work will be necessary. Although the researchers have managed to improve the battery lifetime by 50% over other sugar-based batteries, ensuring the long-term stability of the 13 different enzymes used in the battery will be key to making the technology bankable. The researchers also see opportunities to increase the energy density and use cheaper electrodes, which offer significant cost benefits over other battery technologies that use expensive metals and rare-earth elements.

According to Dr. Zhang, the researchers are hoping to launch the technology in the next few years, targeting smaller applications such smartphones, tablets and video games. However, if combined with artificial photosynthesis technologies that harvest the sun’s energy to produce sugars, such sugar-based batteries can provide a sun-powered alternative to our fossil-fueled economies. Sweet, indeed!