Average residential solar PV system prices remain largely unchanged between May and June 2015, hovering around $1.86/W nationally. What appears as price rises in Melbourne were actually due mainly to a smaller installer sample than the previous month. Meanwhile, system prices in the other capital cities either stayed flat or decreased slightly. 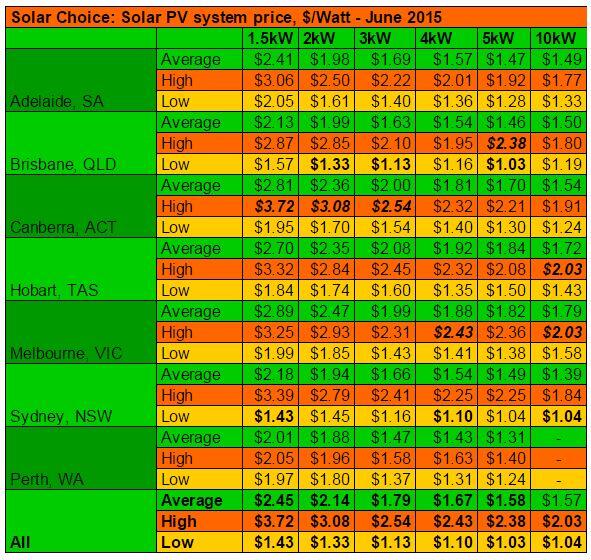 STCs accounted for a price reduction of approximately 79c/W for Zone 3 cities (Sydney, Canberra, Perth, Adelaide, and Brisbane), and around 65c/W for Melbourne & Tasmania. 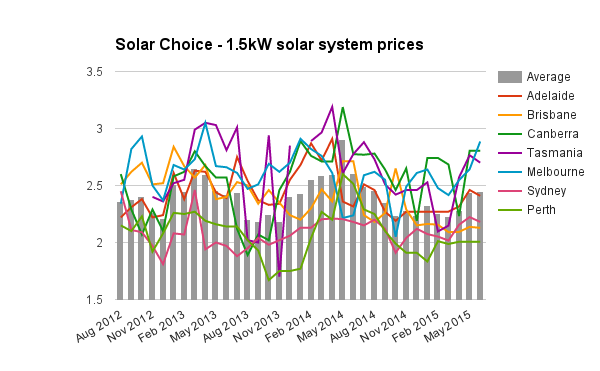 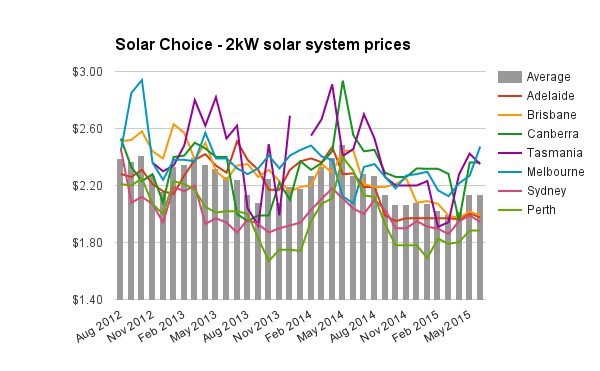 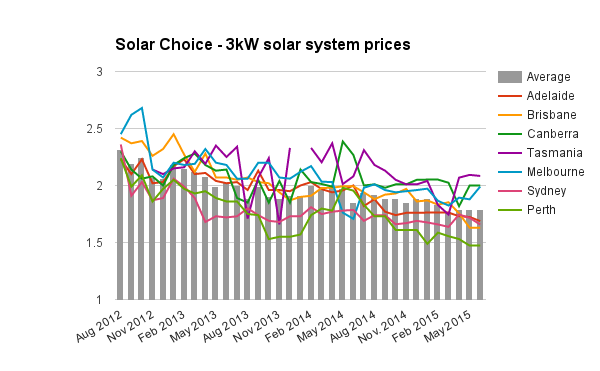 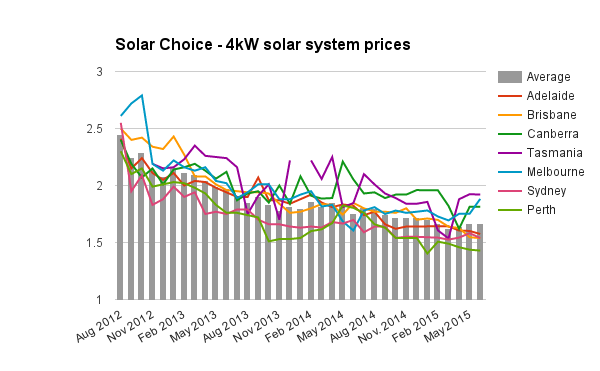 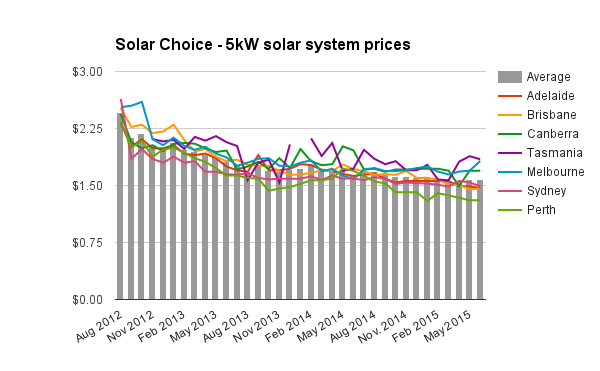 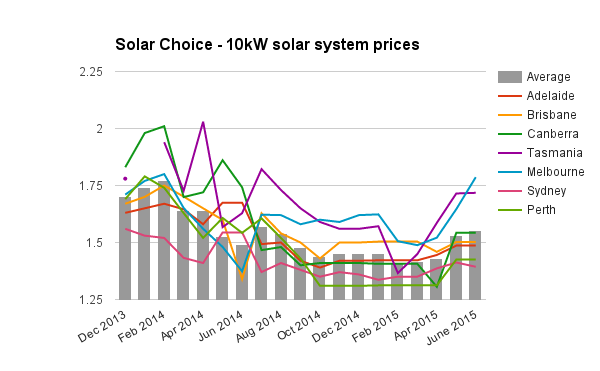 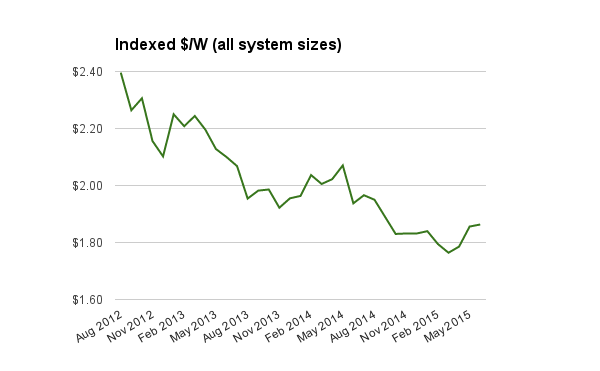