Average residential solar PV system prices for Australia’s capital cities fell slightly between February and March. Systems were dearest in Canberra, while Perth was home to the lowest prices. 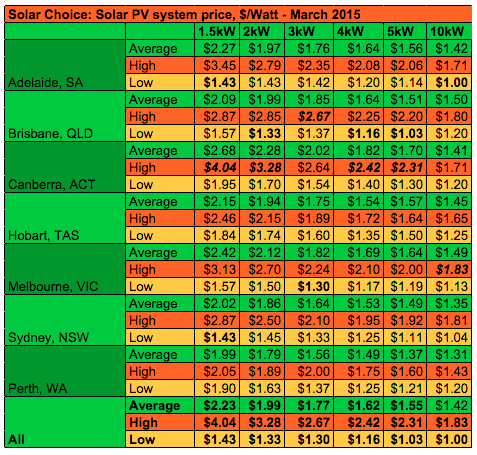 STCs accounted for a price reduction of approximately 70c/W for Zone 3 cities (Sydney, Canberra, Perth, Adelaide, and Brisbane), and around 65c/W for Melbourne & Tasmania. 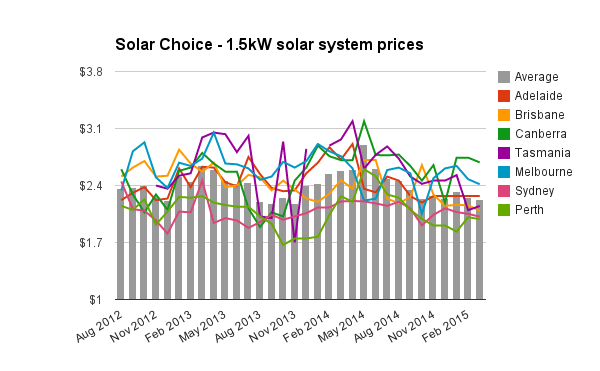 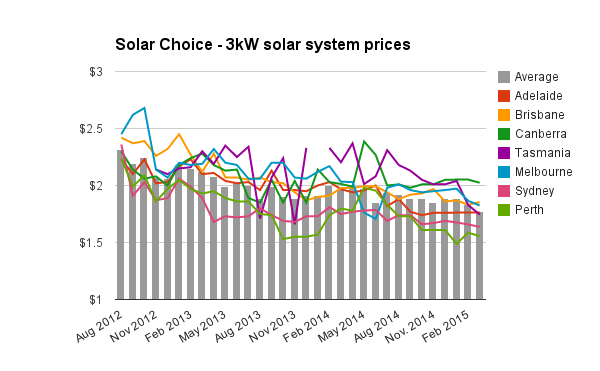 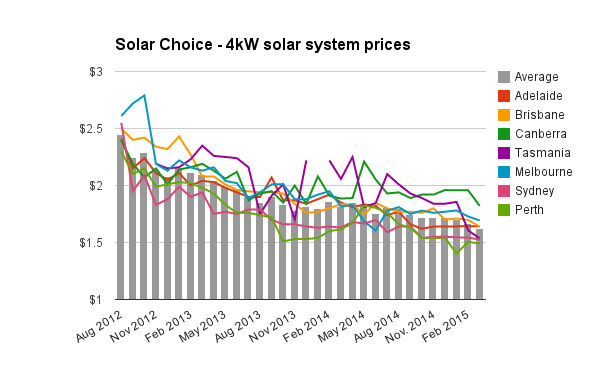 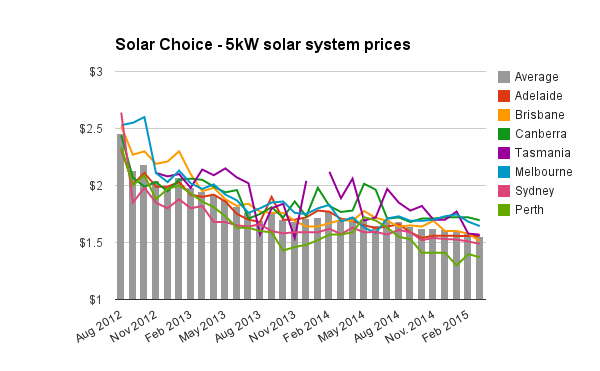 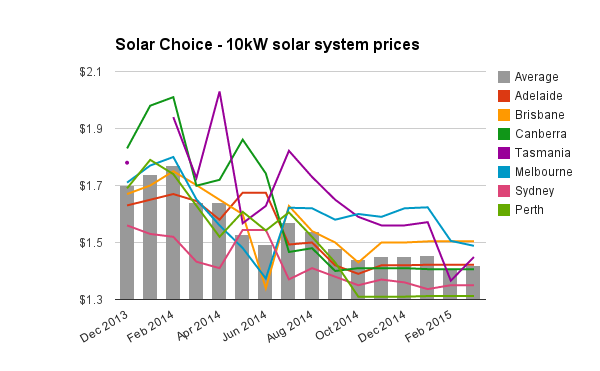 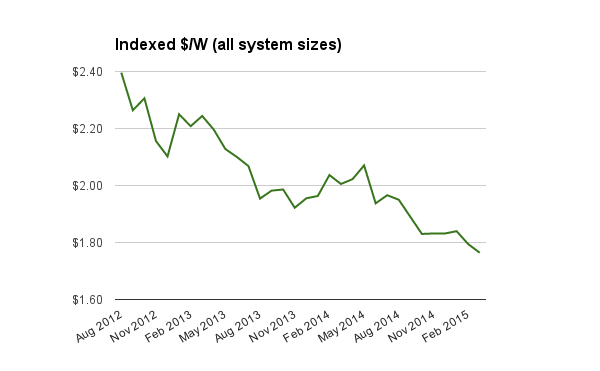