The number of small, simple ways to put solar power to use in daily life seems virtually endless, and opportunities present themselves at every corner. Solar carports are one innovative way to turn an ordinarily passive, mundane, everyday item into an electricity generation system that works for you. It’s the sort of thing that, when you see it, makes you ask yourself, “Why didn’t I think of that?”

(Get a free solar quote comparison from solar system installers in your area.)

Solar carports are a simple yet powerful form of building-integrated photovoltaics (BIPV) that cleverly takes advantage of a carport’s intended function as a sunshade by installing solar panels or amorphous solar film on top to capture and utilise the sun’s rays. The concept speaks for itself, and without much thought it is easy to look around and find opportunities throughout the world to convert driveways, car parks, car ports, gazebos, and even bus stop covers into power producers.

As solar power becomes more and more affordable, implementing this sort of solution to the future’s energy demands will become a matter of course. As discussed previously in our blog, renewable energy will play a significant part in the future of transportation as well, and charging stations for electric cars at solar car parks is an idea that most people would agree makes a great deal of sense.

In fact, such intelligent energy solutions are already under development or being actively employed in locations throughout the world, and although they’re not so common in Australia, they are starting to take off in Europe, the US (especially California, but also New Jersey.), the Middle East, and Japan. Such installations would make lots of sense in different states in Australia, when taking into account the incentive schemes to install solar power systems throughout the country–the costs and benefits of solar car ports are essentially the same as roof-mounted PV. 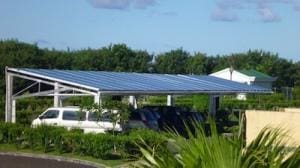 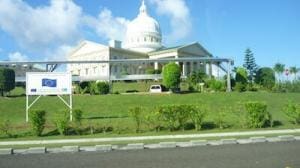 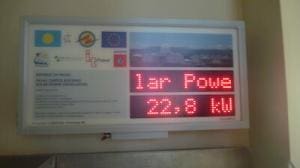 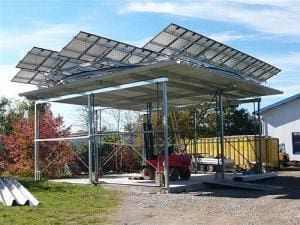 Mock-up of solar carports to be installed in Southern California 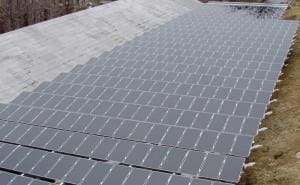 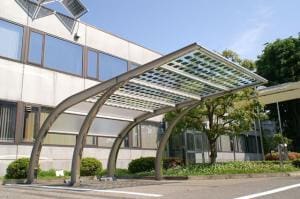