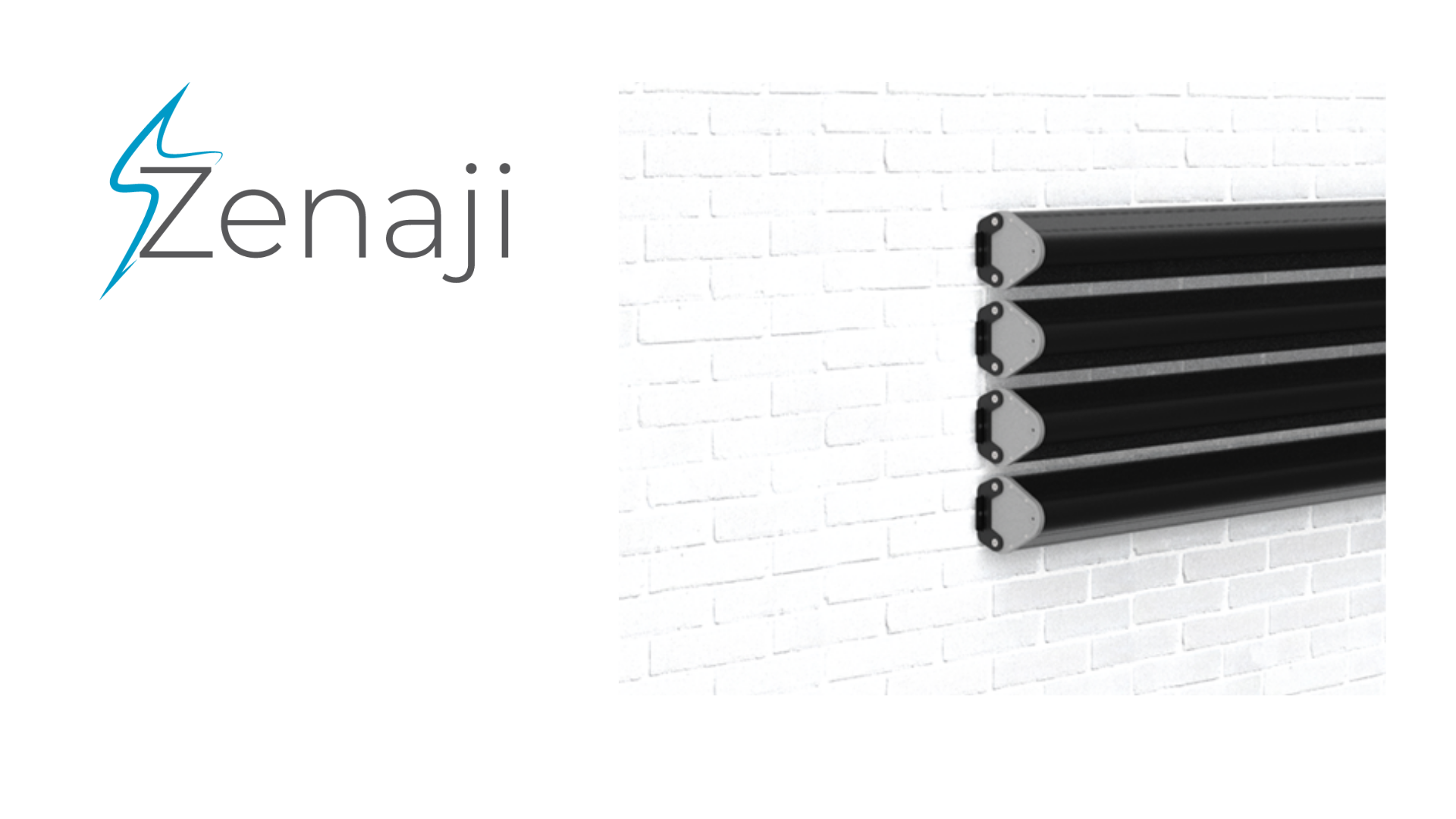 Zenaji, founded in 2016, is an Australian owned company with specialisation in the development and production of Lithium Titanate (LTO) batteries.

Their flagship product, the AEON battery solution, is manufactured and assembled at their plant in Mentone, Victoria. The company is currently looking at expanding their manufacturing facility beyond and increse their domestic and international distribution.

The Zenaji AEON battery can be purchased via a network of distributors including R&J Batteries, Solar & Storage Australia and Energy Connections.

Their battery is on the CEC approved product list meaning it can be purchase through the Victoria, South Australia and Northern Territory battery rebate schemes. Their battery has met international certification standards and is well recognised for its 20 year warranty and an industry leading 100% depth of discharge.

The Zenaji AEON battery has a nominal capacity of 1.93kWh based on lithium titanate technology based on information from their datasheet. With a Depth of Discharge (DoD) of 100% ensures that the full capacity of the battery is utilised and puts them ahead of their competitors.

At 36 kg it’s a fairly portable battery module. Rated IP65, these batteries are clearly suitable for both indoors and outdoor installation. With an operating temperature range of -40 to 60 degrees celsius, they’re designed to withstand the harshest conditions of the Australian environment. Although Zenaji recommends you operate the battery ideally between 5 to 35 degrees celsius.

We reached out to Zenaji asking what the maximum number of batteries that can be hooked up in parallel. They have confirmed that technically an infinite number can be connected. Therefore this places the battery to be suitable for both residential and commercial solar applications.

There are a number of features of the Zenaji battery worth mentioning:

Twice the warrantied life of other lithium batteries

The biggest selling feature is their long cycle life. The Zenaji AEON batteries are rated for 22,000 cycles due to being made from lithium titanate. This far exceeds lead acid batteries which are typically 300 cycles and lithium-ion batteries which are typically warrantied up to 10,000 cycles. This has enabled Zenaji to have the confidence to offer a 20 year warranty on their batteries, which is twice that of most manufacturers who typically offer a 10 year warranty.

In testing completed by Zenaji their batteries have degraded by less than 10% in 22,000 cycles. The testing of their batteries is being completed in their factory completing 14 cycles every working day. Comparatively the Tesla Powerwall 2 is only expected to retain 80% of its nameplate capacity after 10,000 cycles.  This very slow degradation rate, along with the IP65 protection rating, suggests the battery could have a much longer lifetime than 20 years.

The Depth of Discharge (DoD) of the AEON is 100%. This positions it ahead with some of Zenaji’s competitors, namely Sonnen (90% DoD and Alpha ESS (90% DoD).

DoD is an important factor to account for when making a buying decision for a solar battery. It’s the percentage of the battery that has been discharged compared with it’s stated capacity. The higher the DoD, the more available stored energy you can use, and hence greater potential you’re gaining from it.

In relation to this, it’s not recommended that people discharge their batteries fully as it shortens their lifespan as they have a limited number of charge/discharge cycles. This is why a manufacturer will state the DoD to give you an indication of how much you can discharge it. In saying that it’s important to remember that there’s a correlation between the cycle life and the DoD, i.e. the more often you discharge the battery to it’s maximum DoD, the shorter its lifespan.

With dimensions of 1635 x 155 x 145 mm (Height x Width x Depth) make the Zenaji AEON suitable for installing both inside or outside. They can be easily mounted either vertically or horizontally which enables flexibility in orientation. They come with mounting brackets.

How Much do Zenaji Batteries Cost?

We’ve reached out to Zenaji about the wholesale costs of their batteries and they replied with this information below:

*Please note the above price excludings installation and other required wiring and components.

As per Zenaji’s warranty documentation, the length of warranty is 20 years following the initial installation date. This covers the following points:

(1)  It’s free from defects for 20 years for the Aeon battery module (A48-40) following its initial installation date; and

Under the event of a successful warranty claim Zenaji can choose to replace/repare the damange product or refund you the market value of the battery.

Zenaji recommends that you operate the battery at normal room temperature or slightly below (22 degrees celsius)  or the lifetime and cycle warranty will degrade and decline according to different tiers that they list on page 3 of their warranty documentation.

Your first point of contact for any issues shoudl be your installer, however being an Australian company you can also contact them directly for any warranty issues.

ITP Renewables have established an independent battery testing centre at the Canberra Institute of Technology and perform accelerated life cycle testing on batteries in 3 year phases. The centre is supported by a  $1.29m grant from the Australian Renewable Energy Agency (ARENA) under its Advancing Renewables Program, and testing is conducted scientifically without interference from any manufacturers. ITP is currently testing 15 residential scale batteries available on the Australian market, and has had a total of 26 batteries installed at the centre.

The Zenaji AEON commenced testing in 2020 as part of phase 3 of the program and the results are publicly available on the battery testing centre’s website.

Battery testing was conducted and found to be inconclusive due to issues with using the AEON with the SMA Sunny Island inverter. It was found that measuring State of Charge (SOC) was inaccurate due to the battery BMS not communicating with the inverter. However, the inverter does not appear to be able to accurately estimate the SOC as SOC jumps at the end of discharge cycles (in line with the battery voltage) and then re-calculates downwards.

This behaviour has made it difficult to cycle the batteries according to the test methodology (i.e. 3x full cycles per day). The energy discharged during each cycle is not close to the maximum apparently available.

ITP has communicated this issue with Zenaji, who responded by no longer recommending the use of SMA Sunny Island inverter with the AEON batteries. As mentioned earlier in the article the batteries are compatible with Victron, Goodwe, Sungrow, Selectronic, Schneider (non-hybrid) inverters brands.

The expected lifetime of the Zenaji AEON battery sets it miles ahead of its competititors and with 100% depth of discharge the value obtained from this battery more than justifies its higher price tag. The limitations of the battery currently seem to revolved around its limited compatibility with inverters. For grid-connected systems, Goodwe and Sungrow are good options and we are told by Zenaji that they expect to add much more to that list soon.

For customers looking for a longer term solution and good overall value for money, Zenaji seems like a logical choice.

The New South Wales Home Battery Scheme offers an interest-free loan up to $9000 for eligible households looking to install a solar battery.

The Victorian Government under the Solar Homes Program provides to those eligible, a maximum discount of $4,174 off the battery sale price. The next release of battery rebates is on the 2nd of September 2020.

The Australian Capital Territory Government under the Next Generation Energy Storage program provides a rebate of $825 per kilowatt (kW). An average household with a 5kW system would be eligible for approximately $4,000.