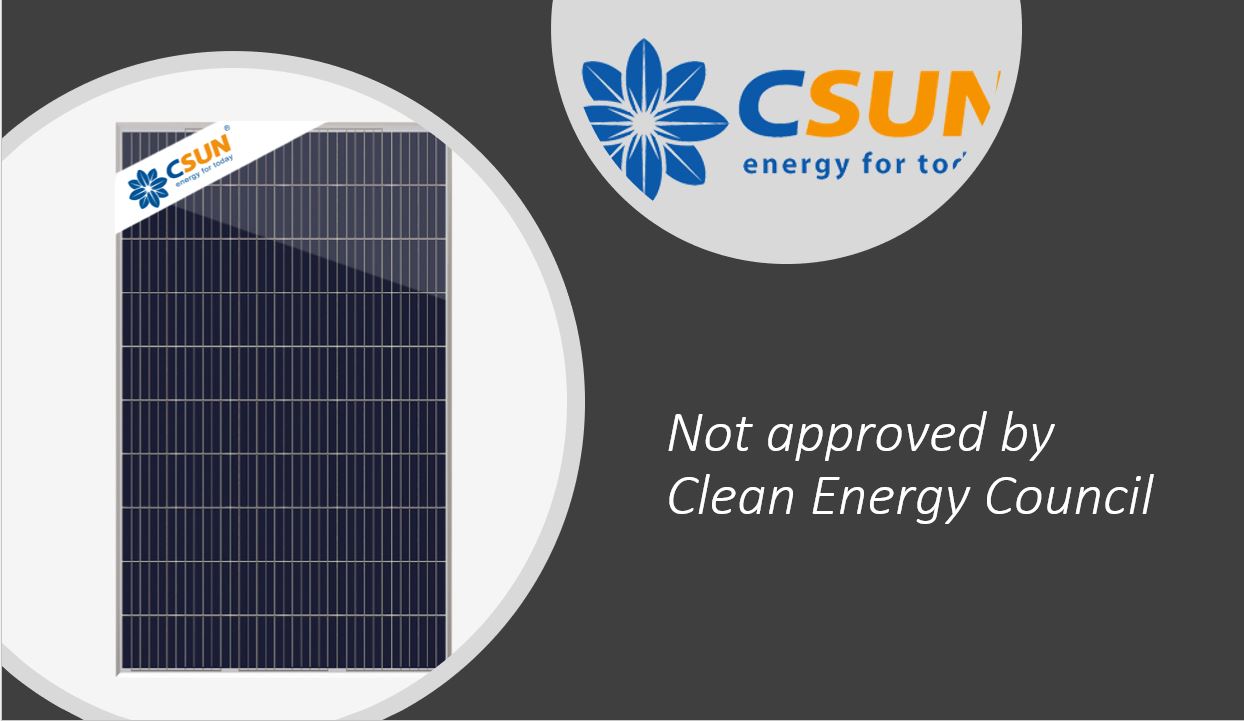 China Sunergy Co Ltd was listed on the Nasdaq until 2016 when the company was delisted as the total stock value fell below the minimum threshold of US$15 million. CSUN have a solar panel production capacity of 2.5GW, placing them at the smaller end of the market in terms of scale. Their 7 manufacturing facilities are reportedly spread across China, USA, Turkey, South Korea and Vietnam.

In 2019 all CSUN solar panels were removed from the Clean Energy Council’s approved PV modules list, meaning that installations using these panels will no longer be eligible under federal rebate program. This means it is very unlikely that you will be quoted a CSUN solar panel in Australia.

CSUN Solar Panels are not in the Bloomberg Tier 1 list.

CSUN Solar Panels are not currently ranked in the PV Top Performers List. We hope to see them in future rounds of testing in the coming years.

CSUN may have previously had an office in Sydney however the google listing is now saying it is permanently closed.

How much do CSUN Solar Panels cost?

Based on Solar Choice’s database we have provided the below-average costs as an indicative guide of the wholesale costs of CSUN solar panels. These prices are typically only available to solar installation companies who are buying at volume, not to end customers.

Important Note: The price for end consumers will depend on which installer is used and the other selected components of the solar system.

Currently, none of CSUN’s solar panels are approved by the Clean Energy Council for the Small-scale Renewable Energy Scheme, which is Australia’s home solar rebate program.

CSUN has 9 types of half-cell modules on their website ranging in cell quantity and wattage. The smallest small will output 340W while the largest listed panel will output 665W and would be suitable for solar farm or large commercial projects. The 665W panel has a listed module efficiency of 21.41% which is impressive against its peers, will most of the other panels range between 19% and 21%.

The CSUN half-cell solar panels come with a 12 year product warranty and a 25 year performance warranty.

There are 4 solar panels on CSUN’s website which use full cells. Cells are often cut in half for use in solar panels to decrease the resistance while maintaining the same output, providing an overall boost to the efficiency of the panel. The full cell solar panels are an older, less efficient technology. The largest rated 400W solar panel has a module efficiency of 20.17%

The full-cell solar panels come with the same 12 year product warranty and a 25 year performance warranty.

Bificial solar panels are more commonly deployed in ground-mounted projects, or roof mounted projects where tilt frames are used. This is because the panels have an ability to produce energy from light hitting both sides of the panel. The reflected light of the ground or roof can increase the output by 5-30%.

Example of an CSUN Solar Project 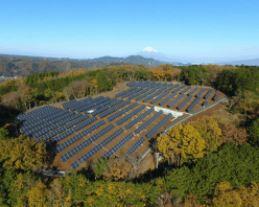 CSUN Solar Panels were used on a 50MW solar project in Hubei, China.