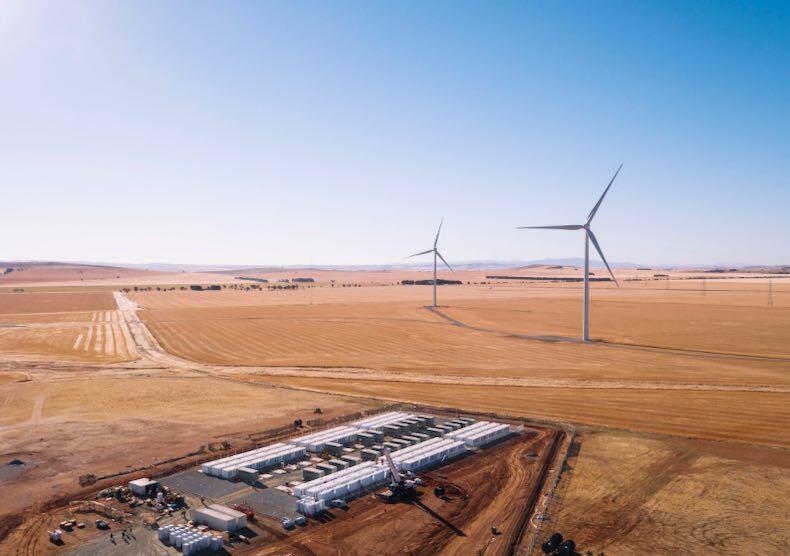 South Australia’s three big battery storage systems have been commandeered by the Australian Energy Market Operator, to help usher the state’s grid after it was isolated from the rest of the National Electricity Market.

The South Australia grid has been islanded since last Friday, when storms tore down six major transmission towers, cutting off the state’s main electricity link to Victoria.

So far, AEMO has managed to avoid the “system black” that happened last time strong winds toppled power lines, but this has required it to take effective operational control of the 100MW/129MWh Hornsdale Power Reserve, the 25MW/52MWh Lake Bonney battery, and the 30MW/8MWh Dalrymple battery, and to operate them “in a mode that will stabilise the ‘islanded’ power system.”.

The batteries are valuable to the grid operator for their speed and versatility, not to mention accuracy. The main fear now for AEMO is a sudden trip of one of the state’s bigger gas generation units.

AEMO has also been forced to curtail the output of two big wind farms in South Australia – the 275MW Lake Bonney wind complex and the nearby 48MW Canunda wind farm, both near the Victoria border. Two others in Victoria – Macarthur and Portland – have also been curtailed.

Meanwhile, South Australia has continued to run on around 50 per cent renewables, but without the “system strength” from the main interconnector AEMO is making sure more gas generators are on line at any one time.