Skip to content
CSIRO spin-off and renewables developer Windlab says modelling from a detailed study reveals that taking Australia to 100 per cent renewables could be cheaper, faster and easier than previously thought.
The research combines existing wind and solar, identifies the best resources for more capacity, factores in existing hydro and then adds battery storage from household and large-scale plants, and from electric vehicles.

“We’ve built an enormous data set at 30 minute intervals at every node in the NEM (National Electricity Market),” Price told the Smart Energy Conference in Sydney on Tuesday. “We scaled up wind and solar where there is known wind and solar generation, and we can make those predictions and make them quite accurately.

“You always hear what is supposed to happen when the wind don’t blow and sun doesn’t shine. Let me tell you that is complete crap, that has absolutely never happened in the last two years.

“With the correct siting of wind and solar generation, and making use of differentiated resources that exist between east and west and north and south, we can get to a high penetration of renewable energy much cheaper, much quicker and more reliably than most people think.” 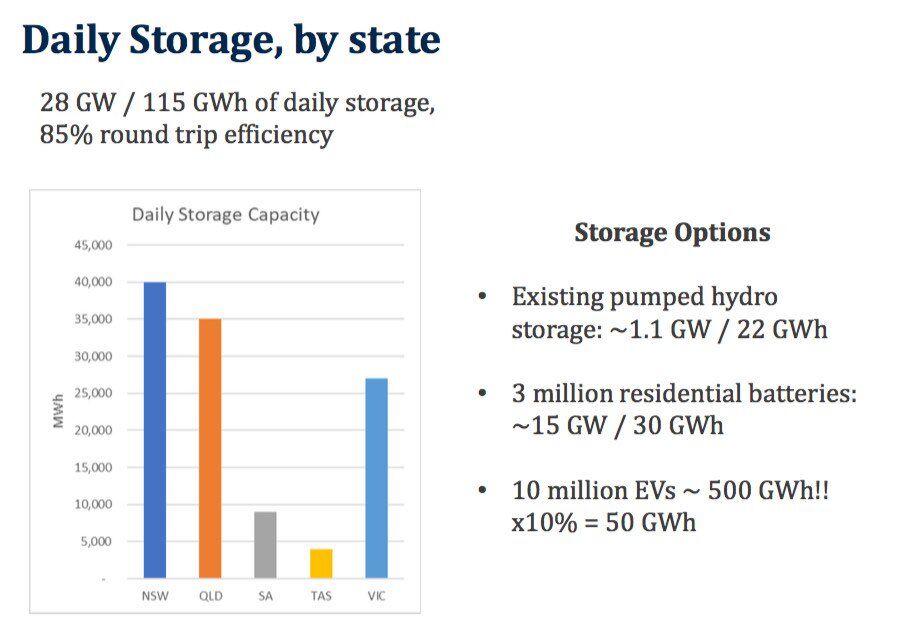 Only 28GW, or around 115GWh of daily storage was needed. This came from existing pumped hydro (22GWh), three million household batteries, and the ability to use 10 per cent of an electric car fleet of 10 million vehicles. 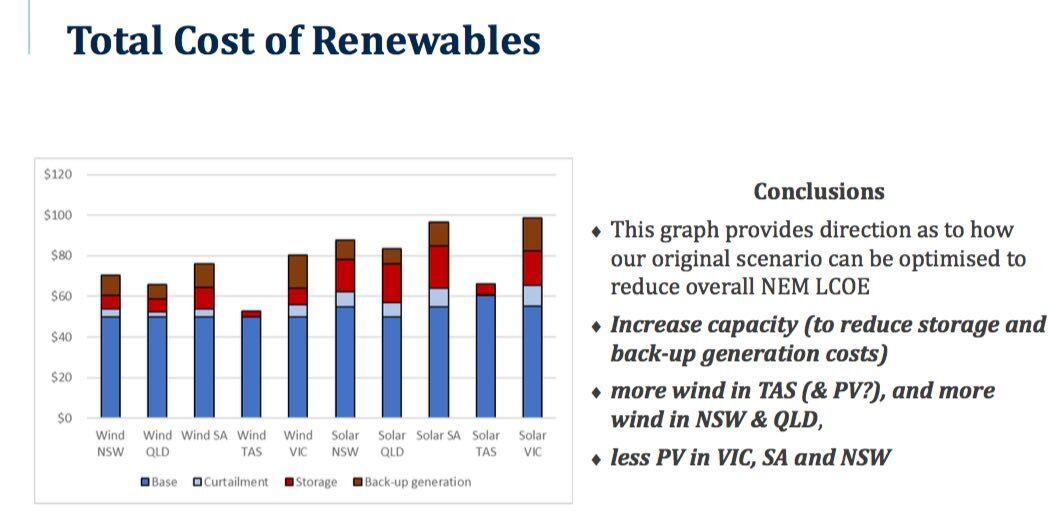