Earlier this month CSIRO Chief Scientist Alan Finkel debuted his panel’s report into reform of Australia’s electricity sector. Officially known as Independent Review into the Future Security of the National Electricity Market but widely referred to as ‘the Finkel review’, the report has stirred emotions across the energy sector – with some saying it goes too far in its support of renewable energy while others saying it doesn’t go nearly far enough.

What the Finkel review is all about

The review itself is described as below:

About the Blueprint for the Future

The Blueprint for the Future delivers a plan to maintain security and reliability in the National Electricity Market in light of the significant transition underway, including due to rapid technological change.

The blueprint sets out a vision for the future, with four key outcomes:

The vision will be enabled by three key pillars:

In preparing the blueprint, the Expert Panel consulted widely, visiting regulators and operators across Europe and the United States and commissioning a review of best practices from the International Energy Agency.

In Australia, the Expert Panel held public and private consultations in every region of the National Electricity Market, undertaking over 120 individual meetings and receiving over 390 written submissions.

The Expert Panel would like to express its sincere gratitude to all those who made the time and effort to attend public forums, attend meetings, prepare submissions and provide counsel. The insights provided were invaluable in developing the blueprint. The Expert Panel is confident that adopting the blueprint will ensure the optimal functioning of Australia’s electricity system into the future.

You can read an executive summary of the report here.

We’ve collected comments from a number of players in the solar/battery/distributed energy space about the review and its implications. They’re included below.

The Finkel review blueprint is a massive grid nerd carnival – buckets of fun for the kids. There is not a better resource out there right now for understanding how the NEM works, what’s wrong with it, and what we should do with it. This is compulsory reading for anyone who wants to be part of the biggest transformation of the grid we have ever seen.

While titillating us, it presents a set of recommendations to achieve four outcomes from the NEM that I think are well considered and I agree with wholeheartedly. All these outcomes don’t pick winners on technology, but have electricity consumers’ best interests at heart over all time scales.

Most near-term, it rightly points out the upcoming (in six months!) 2018 summer will be challenging for the system, and recommends additional “out-of-market” security mechanisms. Finkel is telling us that Reposit-controlled batteries are likely to be very busy come the end of this year.

The report finding that the overwhelming message for Australia to adopt a single, nationally agreed-upon plan to manage the transition to a lower emissions economy is critical and a very logical, sensible approach to the transition before us.

The acknowledgement that the business as usual model of energy generation and distribution being not an option is something that the renewable energy industry has been saying for some time, so nice to hear although the truth is that the change to our energy system is happening anyway, from the ground up.

The report is trying to advise on the method to create a blueprint of transformation, but lacks the realisation that the transformation is already well underway. The roadmap of recommendations detailing that by 2020, the Australian Government should develop a whole-of-economy emissions reduction strategy for 2050 is too far out. Modelling within the report estimates that by 2030, 42 per cent of electricity demand will be met by renewable generation, if the increased penetration of solar over the past 5 years is anything to go by, the 42% of demand will be hit well within this time frame without a concrete plan of how to manage it.

What is refreshing though is the acknowledgement that the uptake of new technologies is putting residential, commercial and industrial consumers at the centre of the electricity market. The report states that distributed energy resources, such as rooftop solar PV and battery storage systems installed at commercial and residential premises, energy efficiency improvements, and demand response by consumers can all be harnessed to improve the reliability and security of the electricity system. Unfortunately, the role of the residential and commercial endeavours falls outside of the AEMO and the NEM which is really the focus of recommendations within the report.

The statement that consumers of all sizes should be rewarded for taking actions, which will benefit them individually and also help reduce overall system costs, leading to savings for all consumers is great in essence. However, the review gives no indication of how this could or would be implemented, especially given the wind-back of the RET.

One resounding and positive element contained within the report is the illustration that the type of new energy generation projected to be the cheapest by 2030 also has the lowest CO2 emissions of all generation types – namely large scale solar PV with zero CO2 emissions. But again, this is nothing new to those from within the renewable energy industry.

The Australian Energy Storage Alliance (AESA) views the Finkel Review as a first step, providing a clearer direction for investors in Australia’s future energy networks.
Investment in Australia’s clean energy future is a tap than can be turned off by uncertainty or turned on by a regulatory landscape operating with a clear purpose and direction. Companies with smart energy systems and storage solutions are seeking to invest in the Australian energy market, and these companies need clear pathways and political certainty to manage risk.

The AESA also welcomes the aspects of the review encouraging innovation, such as the development of an ‘integrated grid plan to facilitate the efficient development and connection of renewable energy zones across the National Electricity Market’.

While there are mixed views on certain recommendations by Dr Alan Finkel and his team, the AESA looks forward to the clear and specific direction provided by the review for the development of a national energy framework, one which will embrace new technologies and solutions, including increased uptake of energy storage. 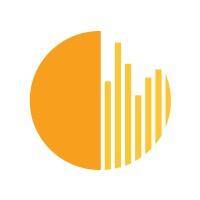 The Finkel review was much awaited. The final report is an incredibly complex and hard to digest document. We had hoped to see bold and visionary policy recommendations. Although the report acknowledges the inevitable rise of renewables, the recommendations appear to have been dramatically watered down to suit the politically volatility of the issue. Sadly, it fails to deliver a clear direction on the clean energy future.

Finkel focused on finding a politically palatable solution to energy fuel mix, emissions, and system security, so by definition it is not really an “independent” review.

Regardless of what the policymakers decide, I think the energy fuel mix will be primarily determined by the consumers.

The central authorities should rightly focus their efforts on system reliability and security, but interestingly I found Finkel’s recommendations in this regard to be those advanced by the large incumbents. (The incumbents probably wrote the strategy – they are certainly quoted often enough in the report!)

Meaning that instead of saying the we should develop an environment where the maximum number of people can develop and deliver grid balancing services on equal footing, Finkel said that the new generation needs to build backup of its own, thereby increasing the cost of new large scale renewables and closing market access to non-generation players (until some theoretical later date) who can deliver grid balancing services.

In summary, my view is that the central authorities should let the consumers decide on the fuel mix and focus on system security. They should develop a framework where the largest number of people can deliver these services through an equal access market framework. Clearly, the review doesn’t do either of these things.

The Finkel Review is to some degree encouraging for players and supporters of Australia’s distributed energy future – a future that will inevitably include large amounts of small-scale solar & battery systems. However, the lack of a practical roadmap towards this goal – and the lack of an accommodating political environment to implement one – may mean that few if any of the report’s recommendations are carried through, despite the urgent need for cohesive and immediate action. Furthermore, the recommendation for an (implied) requirement that renewable energy plants be equipped with some kind of storage makes some commentators nervous that the large-scale renewables sector could be hamstrung by increased capital costs just as they are reaching unprecedented levels of cost-competitiveness.

The review seems to have stirred up emotions and brought to the fore the most pressing electricity-related issues of our time, and is likely be looked back upon as a defining moment in Australia’s energy transition in a decade’s time, regardless of the details of how things change between now and then. The biggest question may be whether the move to a more decentralised, distributed system was ‘orderly’ or disorderly.