The report – the latest annual review by the federal body that oversees the Renewable Energy Target – finds that under the small‐scale component of the RET, some 238,769 renewable energy systems were installed in 2013, taking Australia’s total beyond two million.

The report notes that the contribution in generation from household rooftop solar PV has trebled in the past three years to 3,766GWh, while solar hot water systems have displaced a further 2,700GWh of otherwise required generation.

In total, small-scale solar in Australia now has the collective capacity to displace around 6,882GWh of fossil-fuelled electricity a year.

CER said this had reduced emissions by 20 million tonnes over the past decade. It is forecast that if the RET stays in place, then it would likely displace 100 million tonnes of CO2-e in the current decade.

The greatest number of solar panel installations in 2013 was in Queensland (36 per cent) followed by New South Wales (17 per cent) and Victoria (16 per cent).

In the last year, and despite the reduction in federal incentives and state-based feed in tariffs, an average of 15,460 small generation (mostly solar PV) were installed each month across the country, along with 4,250 solar water heaters. 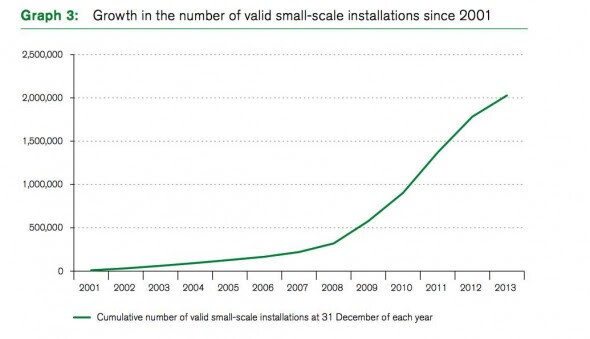 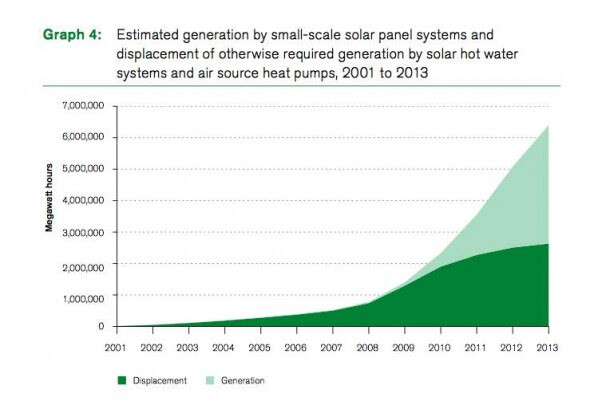