December marks the second month running where the installer-nominated ‘Solar Choice Discount’ has been excluded from our calculations, resulting in pricing more reflective of actual retail commercial solar system prices available through installers in Solar Choice’s network. The overall result is apparently lower average prices for solar systems sized 10kW, 30kW, 50kW and 100kW. Regardless of the change in calculation method, a downwards price trend has been observable since winter of this year.

Also different in this month’s figures is the renewed inclusion of prices for Tasmania, which had been excluded since July of this year due to the small number of installers in our network quoting prices for commercial systems.

All prices in the tables below are include incentives available through the federal Renewable Energy Target as well as GST. 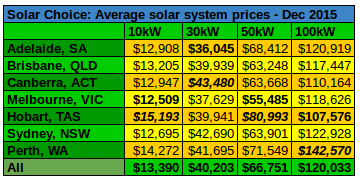 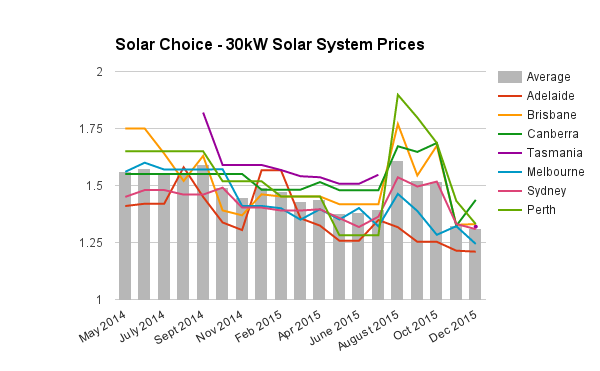 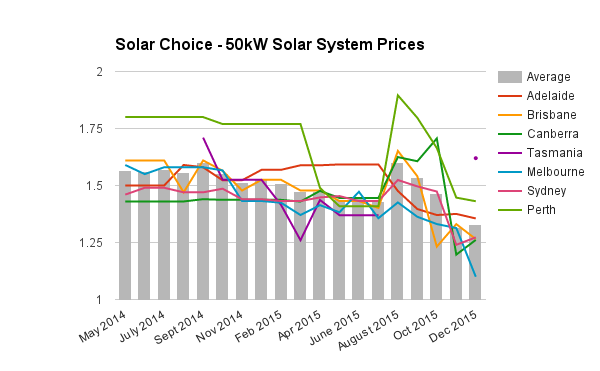 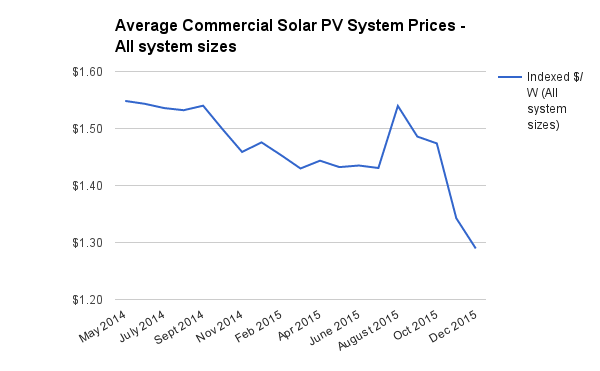