Average prices for commercial-scale solar PV system installations have remained largely unchanged between this month and last, according to figures from Solar Choice’s installer network database. 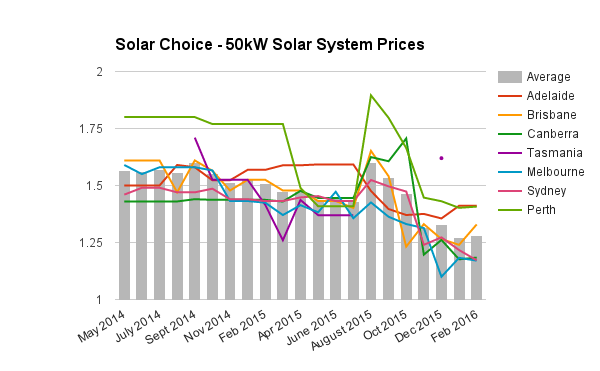 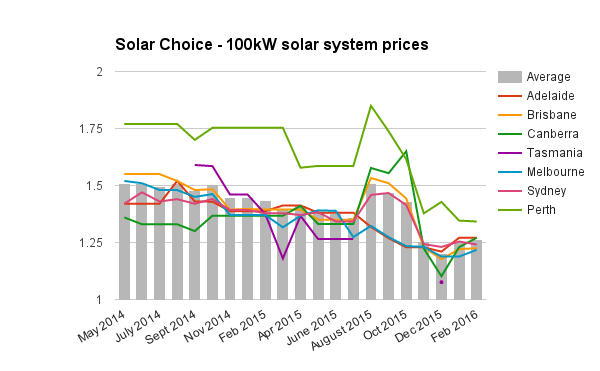