Conservative politicians have increased their calls for a review of renewable energy policies and the construction of new wind farms, while the conservative media continued to screech its opposition to wind and solar, blaming them for electricity price spikes in South Australia and across the country, despite the principal cause being the surge of gas prices to record highs.

But as many others, including the South Australian government, have pointed out in recent weeks, the fault lies not with wind and solar, but with the soaring cost of gas, supply constraints from networks, and the unfettered power of the energy oligopoly.

This graph below, from the Australian Energy Regulator, shows the number of high price events – peaks of more than $5,000/MWh – across Australia over the last 15 years. As can be seen, they are currently running at their lowest levels ever, and have fallen rapidly since the build out of large-scale wind and rooftop solar. 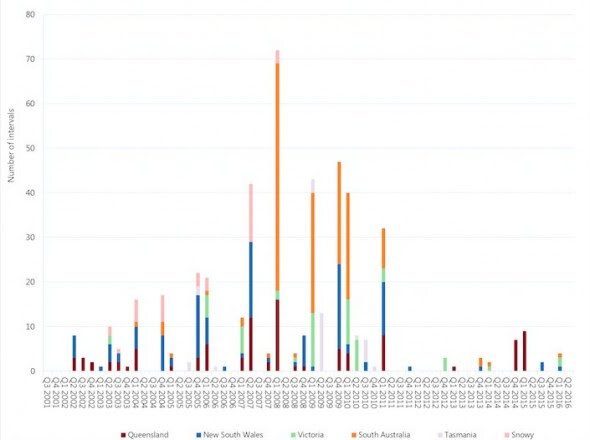 In 2015/16, a year in which the state sourced 37.7 per cent of its electricity from wind energy (see graph below) and nearly 7 per cent from rooftop solar, there was only one such peak. In 2008, it experienced 51 such events in the summer months alone. 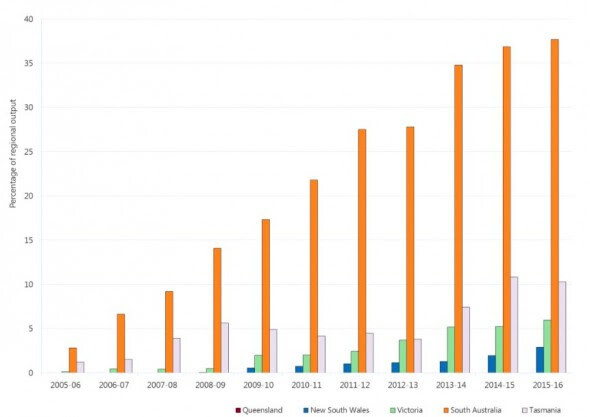 South Australia’s historically volatile electricity prices and price spikes have been one reason why the government has pursued wind and solar.

And it seems determined to push through the conservative campaign. It has been attacking the power of the incumbent fossil fuel generators, and the state of the National Electricity Market, which is tilted in favour of coal and gas-fired generation.

Its favoured way of doing this is to build a new interconnector, to allow a bigger flow of electricity to and from South Australia, reduce the power of a small group of generators, and remove constraints.

“What we need to do is smash the monopolies … by interconnecting with other jurisdictions so we can get our renewable energy out to other markets,” energy minister Tom Koutsantonis said. What the conservatives are proposing, he said, will simply entrench the power of the monopolies.