The decision was the result of a 3-month long voting process on a proposal submitted by the Japanese Ministry of Economy, Trade and Industry (METI) and the Japanese Industrial Standards Committee to the IEC in October 2013 for developing battery safety standards.

Considering recent investments in battery technology and the fact that a number of large-scale battery manufacturers are located in Japan (e.g. Panasonic), the push for standardisation in Japan is not at all surprising.

The news also comes at a time when Japan is currently trialling the world’s largest redox reflow battery system in Hokkaido. The 60 MWh battery system is used to store and manage the excess energy generated by solar installations in Japan. 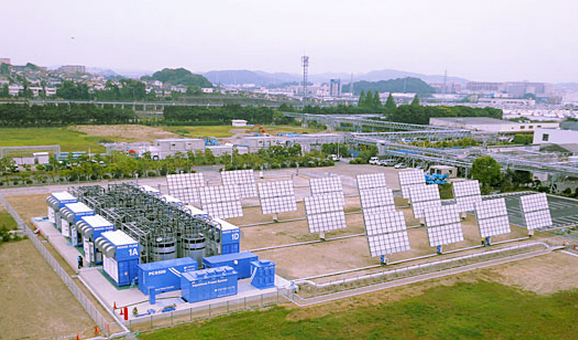 However, Japan is not the only country pressing for battery standards. Officials from China and Spain have also submitted proposals to the IEC for developing standards to clarify the specific functions, terminology and definitions of redox flow batteries. The IEC has responded by creating a joint working group from two technical committees to study the specifics of fuel cell battery technologies.

Unlike lithium-ion based batteries or other commonly used battery types, flow batteries typically have separate liquid tanks that store charged and discharged electrolytes, which allows them to be scaled up in size more easily and enables them to have longer lifetimes than most conventional batteries.

Such advantages are expected to make flow batteries a critical storage technology for stabilizing power grids, a key to increasing grid penetration of renewables like photovoltaic and wind power. Creating industry-wide standards, such as those proposed by Japan, however, will be important in ensuring the quality and bankability of storage technologies, thereby promoting their adoption in the energy sector.