The NSW grid now sources more energy from solar than it does from the Snowy Hydro Scheme, according to progress report on the government’s Renewable Energy Action Plan.

This takes the government to more than half way through the plan, in only its second year of implementation. 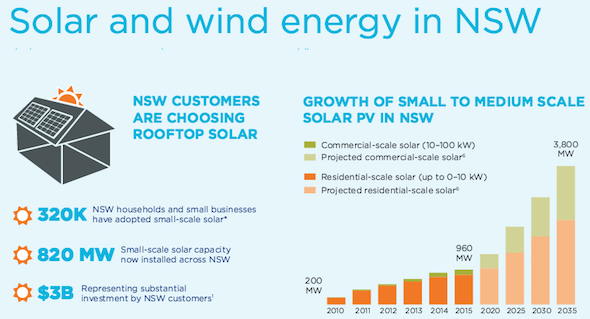 Highlights of the report included support for 17 large-scale renewable energy projects, totalling a potential 4,500MW of new capacity and $6 billion of investment.

The report also highlighted the $440 million of Solar Flagships projects that were progressed, including the Nyngan and Broken Hill Solar Plants, both of which are now generating electricity.

“Over the past year, three large-scale renewable energy projects, including Nyngan Solar Plant, came online, representing over $900 million of investment, 380MW of capacity and enough output to power 140,000 homes each year,” the report said.

The report also pointed to the NSW government-sponsored Network Opportunity Mapping project, which it says will highlight opportunities for renewable energy to meet network constraints.

The state has a particularly impressive record on solar, with more than 320,000 NSW households and small businesses are now generating power from the sun. 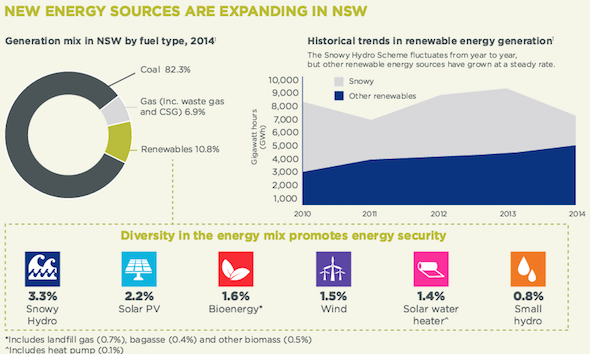 “The share of generation from solar, wind and bioenergy sources in NSW has more than doubled over the past four years since 2010,” said Minister Speakman.