The long entertained myth that solar is a form of luxury for the rich, that the poor aren’t able too afford has definitely passed its expiry date.

In a new report undertaken by the Victoria Energy Policy Centre, contrary to the myth mentioned above it clearly shows that solar installation uptake is more common in houses with lower to medium socio-economic status.

This was a study commissioned by Solar Citizens in which the Victoria Energy Policy Centre analysed power bills of 10,051 households. The information was supplied by CHOICE, with one fifth of the households studied having solar power. The information was spread across states New South Wales, Queensland, Victoria and South Australia. Researchers then used socio-economic data and house prices from Domain.com.au to profile owners. 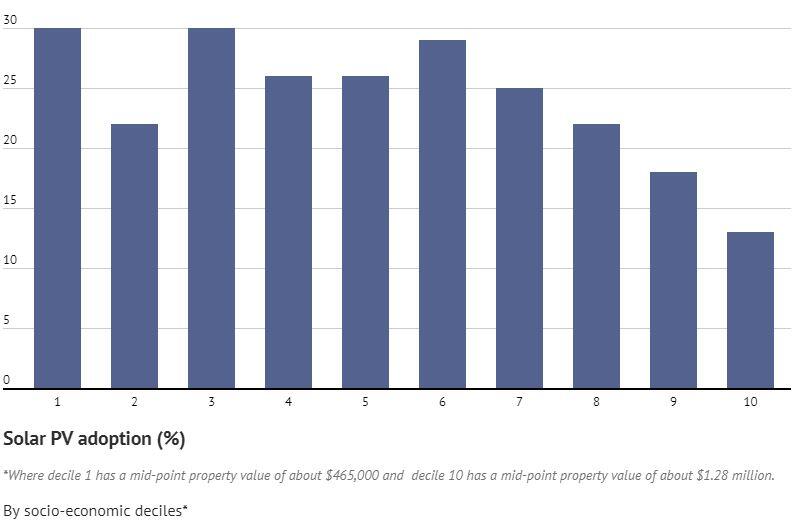 “People are reaching for ways to get control over their energy costs and for millions of low- and middle-income households, solar is the best way to do that,” Solar Citizens’s national director, Joseph Scales, said.

In fact, the wealthiest decile had the lowest proportional solar uptake, and the poorest had the highest.

The below table pulled from this Solar Choice article, showing Sydney’s top Suburbs by percentage for solar uptake shows that it is clearly not the wealthiest suburbs topping the list. 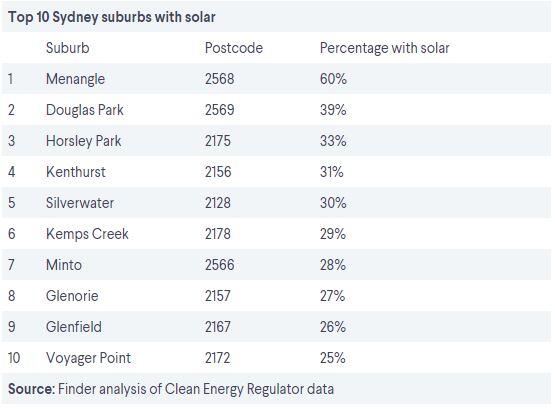 Victoria Energy Policy Centre director Bruce Mountain said a range of reasons may be behind the relative lack of interest in solar among the well-heeled. These include potential for heritage restrictions, heavily treed yards shading panels, and a lower responsiveness to rising prices.

Buying panels is “not at the top of their list”, Professor Mountain said. By contrast, soaring power bills have made solar power increasingly attractive for less wealthy families particularly as solar cell prices plunge.

“For most people if you have a north-facing roof in any of our cities, solar will pay for itself in five years or less,” he said.

The study comes as NSW political parties offer a range of policies to spur solar and batteries before next month’s election, and follows the Andrews Labor government’s promise to help 650,000 households to get solar panels.

Rooftop solar jumped 43 per cent to a record last year,while the leap in new utility-scale solar farms meant the overall capacity tripled to about 3775 megawatts.

Among the other findings of the study was that average households with solar power bought 9 per cent less electricity from the grid, but consumed about a quarter more power than those without panels.

Often that variance was because homes with solar energy – particularly in a belt of about 10 kilometres from the city centres – were also households most likely to draw the biggest benefit from solar.

“In terms of uptake, it’s actually pleasingly rational,” Professor Mountain said. “The people who are economically the people to be getting the greatest benefit from it, appear to be installing it in the greatest numbers.” 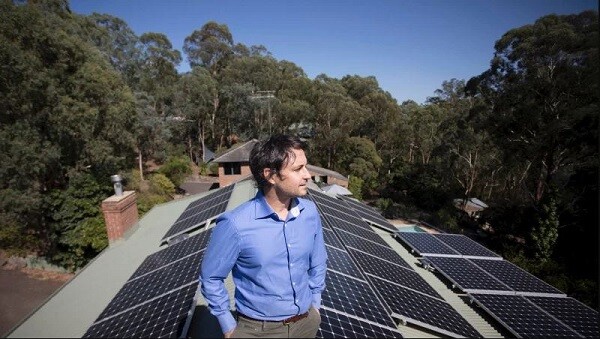 The study also found solar households exporting power back to the grid were in effect subsidising the energy bills of those without panels.

“Around one third of households  in all states sell their electricity to their retailers at a rate that is lower than it would cost their retailers to buy that electricity in the spot markets,” the report found. “Retailers profit from this to the extent that they do not pass this on to other customers in lower prices.”

The benefits of solar, though, were being blunted by high fixed charges, particularly in Victoria,  compared with variable energy charges.

“Governments should clamp down on standing charges,” Professor Mountain said.

The report noted that the fixed component of retail residential offers in Australia “are higher than in any other country as far as we know”.

The Victoria Energy Policy Centre plans to extend the study after being given access to a much larger data set of Victorians’ energy bills by the state government.