Reposit Power is an Australian company whose goal is to help solar-plus-storage system owners get the most out of their systems – while remaining connected to the grid. Reposit’s innovative GridCredits software allows homes to sell their home’s stored electricity into the grid at premium rates – by participating in the National Electricity Market. Reposit’s game-changing software and technology promises to revolutionise how everyone – including homeowners, small businesses, electricity networks and electricity retailers utilise energy storage.

The case for staying grid-connected with solar-plus-storage

On their own, rooftop solar panels are a great way for homes and other premises to generate their own power and save money on their electricity bills. But as solar feed-in tariffs – the rates solar system owners get paid for selling solar into the grid – have dwindled to virtually nothing, system owners are seeking new ways to maximise the benefits of their solar energy.

For most people, the most obvious and attractive way to do this is by installing an energy storage system. Energy storage promises not only the ability to keep more of your precious solar power to yourself, but also the visceral satisfaction of gaining a higher degree of independence from electricity retailers – and in some cases severing ties with the grid altogether.

But no matter how much people talk about it, going off-grid is an extreme move, and not one to be taken lightly. It is also not a realistic financial option. While it may be feasible to install enough solar-plus-storage capacity to be energy self-sufficient on some days, being wholly reliant on sunshine has its downsides – especially during long stretches of inclement weather. Getting through a particularly long rainy stretch without the grid to fall back on would mean having a system that is designed to meet 3-4 days worth of your electricity needs (or more likely, installing a backup diesel generator). This means a much larger initial investment in a system, which means a significantly longer payback period. This defeats the main purpose of going solar, which for most people is to save money.

So in a nutshell: Although lots of homes and businesses would love to get off the grid, the finances don’t stack up in most cases. But what if there were another compelling economic reason to remain connected to the grid? This is exactly what Reposit Power is offering with its GridCredits platform. 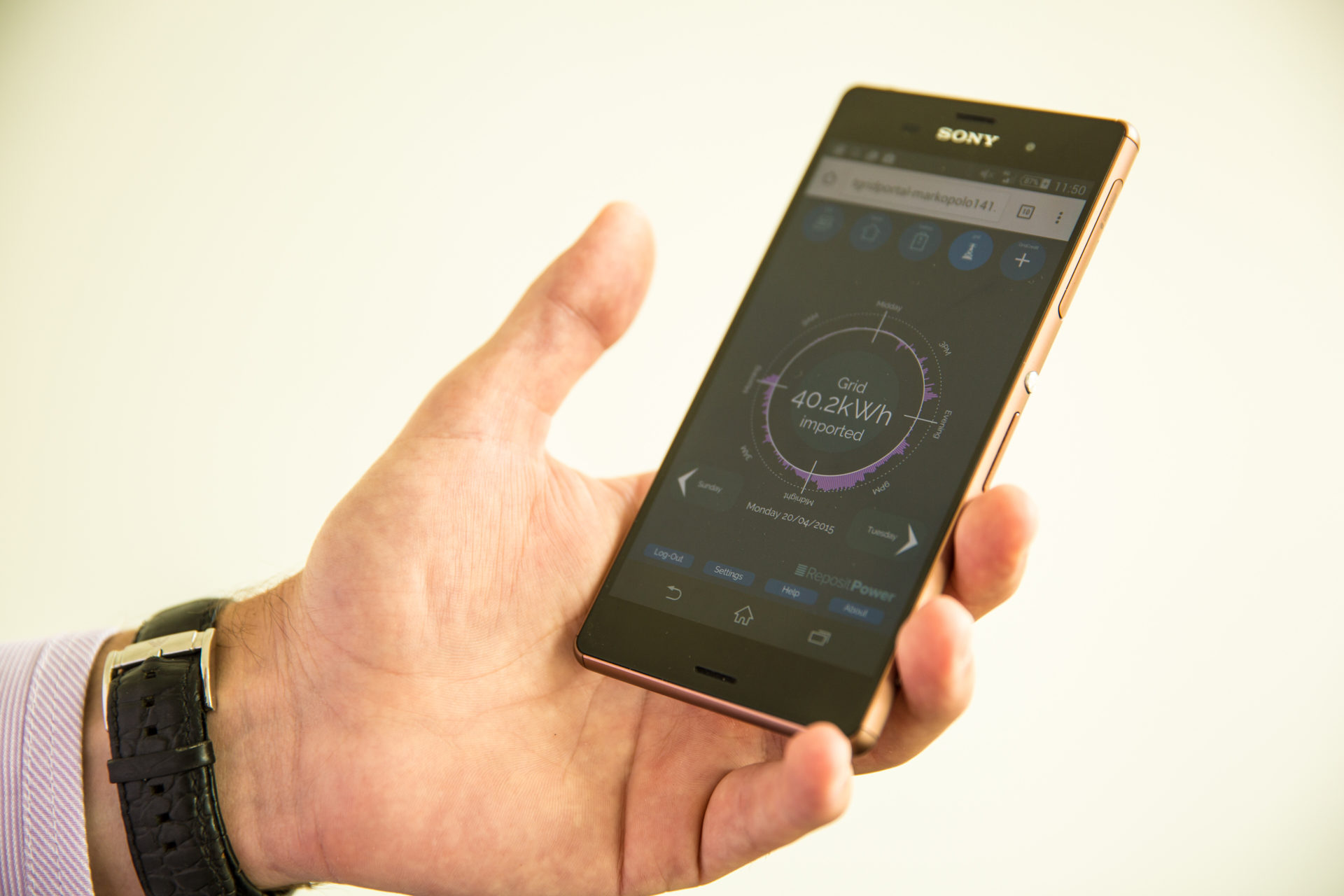 Reposit Power’s GridCredits app lets you keep track of how much energy you’re selling into the grid – and how much money you’re making.

How GridCredits sweetens the deal

Reposit’s approach and technology – the first of its kind in the world – gives ordinary homes direct access to the National Electricity Market, which to date has been the domain of utilities. This means that any household or premises with a ‘Reposit Ready’ energy storage device will essentially be able to become an electricity market trader – and reap profits from ‘buying low’ and ‘selling high’, just like the big power companies do. Reposit’s software puts your energy storage device in constant communication with the NEM, so that it ‘knows’ when to sell electricity to maximise your profits, based on parameters such as your home’s energy consumption habits, weather, grid demand, and future energy prices. As a nice sugar hit amongst all that, you receive payment for your contribution as an energy trader.

The ultimate benefit of the GridCredits program is this: If your electricity retailer is offering only a paltry 6c/kWh for your exported solar power (which is the case almost everywhere in the country at this point), you can rest easy knowing that when your system is called upon to export power to the grid, you will be handsomely rewarded. Reposit Power’s co-founder Dean Spaccavento explains: “The grid has price spikes which can go as high as one hundred to 200 times a normal feed-in tariff. Reposit’s technology allows Australian households to trade in these markets, which until now have been the sole domain of big business.” 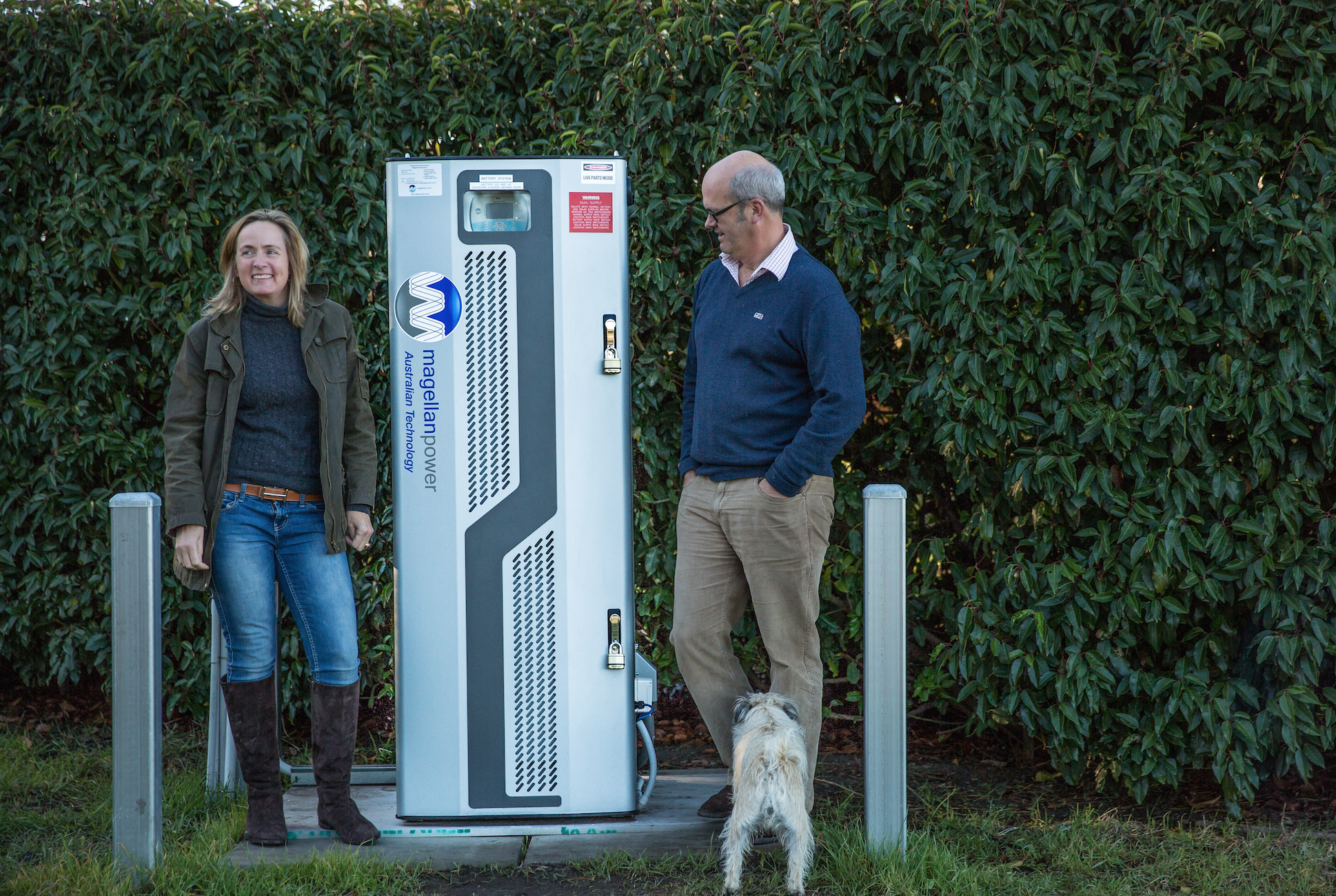 ‘Jane and Dom’ in NSW use energy storage equipped with Reposit Power’s GridCredits to trade their property’s stored energy on the grid. (Image via Reposit Power)

If you are an installer who wants to help customers get set up with GridCredits so they can store, shift and trade energy on the grid, Reposit Power is building an installer ‘tribe’. Interested installers can express their interest in joining here.