Energy storage systems are a hot topic, and conditions are ripe for the solar PV/energy storage industry set to take off globally for residential, commercial, and industrial applications. Part 1 of this 2-part series examines the benefits that distributed energy storage offers utilities and individuals. Part 2 takes a look at some of the products that have already hit Australia, as well as those that are available elsewhere.

Benefits to the electricity grid

The rise of distributed solar photovoltaics (PV) brings opportunities and challenges to conventional electricity networks characterised by centralised electricity generation. Broad distribution of small-scale energy storage could–interestingly–help to address some of these issues, while at the same time also assisting many households and businesses in reducing their reliance on grid electricity more than ever before possible.

One of the technical challenges associated with distributed solar power is the issue of intermittency. Solar panels will produce electricity steadily and predictably throughout the day as long as the sun is shining. But when the sky is partly cloudy, solar output from an entire region can fluctuate unpredictably (as per the graph)–potentially requiring conventional generation plants (in Australia, generally coal) to be brought rapidly on and offline in order to compensate. 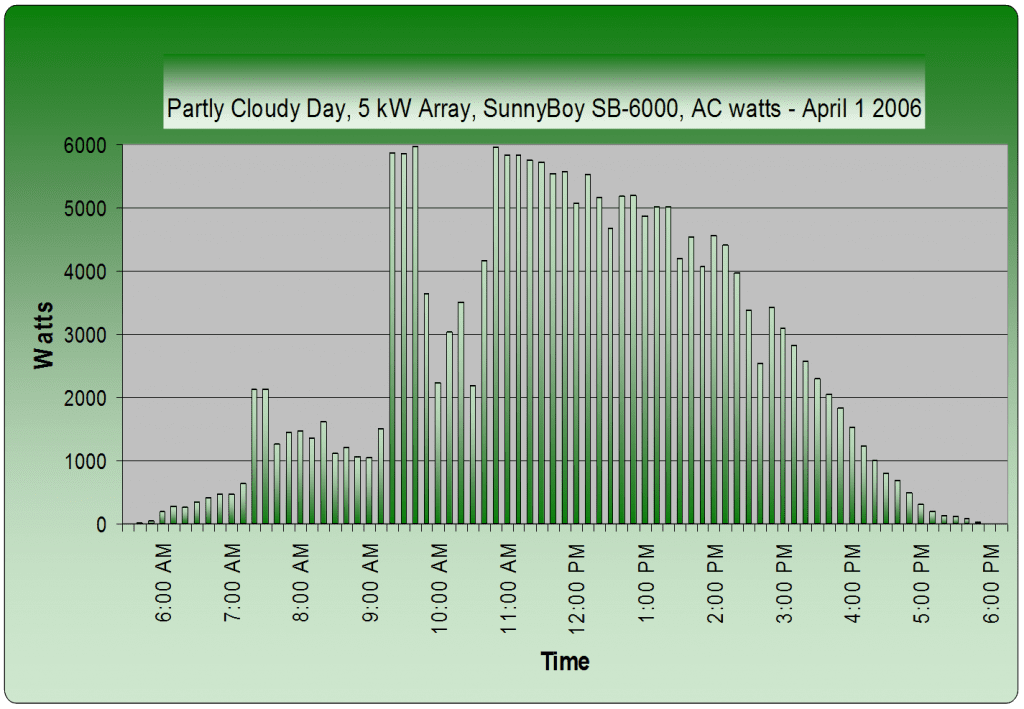 Widespread deployment of battery storage with PV systems would mitigate the impact of this phenomenon, with energy storage-equipped homes and businesses solving the problem on the home/building level instead of leaving the utilities to deal with it. In fact, WA’s northern Horizon grid, which is particularly spread-out and sensitive to fluctuations, has mandated that all new PV systems come equipped with energy storage to ‘smooth’ the roughness of ‘raw’ PV electricity.

Broad uptake of battery storage with solar PV systems could also help to manage unintended voltage level fluctuations, which may be pushed beyond recommended limits in areas with a high penetration of solar systems. Accordingly, energy storage systems and energy management devices such as RESA’s VoltLogic (which can incorporate a battery bank) are now being eyed as a potential fix for voltage issues on the network level. Such distributed technologies could combat the problem on the consumer side by preventing localised network voltage levels from rising unacceptably in the first place.

Whilst offering these potential benefits to the electricity grid more generally, growth in distributed energy storage will be driven mainly by the financial motives of individuals–people wanting to save money on electricity bills. It is exactly this sort of motivation that has resulted in the boom in solar PV systems observed over the past few years, with the financial case for going solar having been strengthened by feed-in tariffs and other subsidies.

‘Self-consumption’ of solar power is now the norm

Despite the fact that most of the state-based feed-in tariffs have now been severely cut back or altogether eliminated, the case for going solar still remains strong. The main difference between then and now is that now the amount of money a solar PV system can save someone is directly related to how much of the power they manage to consume themselves–‘self-use’ or ‘self-consumption’ is quickly becoming the rule.

As Damien Moyse of the Alternative Technology Association (ATA) recently noted in Climate Spectator, payback periods for solar PV systems are highly dependent on the percentage of the solar energy that is generated on the spot. The chart below details the payback periods for solar PV systems (sans energy storage) in different regions based on how much of the power is ‘self-consumed’. As can be seen, decreased self-consumption means that payback periods get longer–in some cases as long as 20 years. Realistically, a solar system is only worth the investment if self-consumption can be kept at or above 40 or 50% of generation. 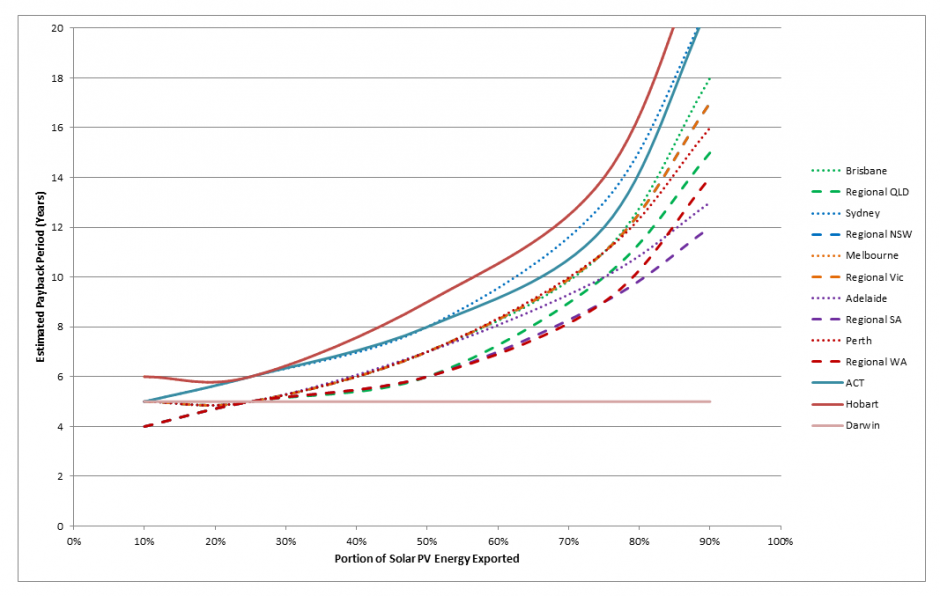 Energy storage systems enable solar system owners to ‘self-consume’ a higher percentage of the power that their solar panels produce. Of course, installing an energy storage system also increases the overall cost of the electricity produced–and energy storage is still not as inexpensive as many would like it to be. At the moment, according to Ib Olsen of IBD Cleantech, the most affordable & dependable energy storage units (lithium-ion) on the market globally cost around $700-$800 per kilowatt-hour (kWh).

In summary: Solar energy storage is almost there

Energy storage is the future ‘no-brainer’ companion for solar PV systems in Australia, and energy storage technology is on the cusp of financial viability, and it may only take a small push to reach this point. Part 2 of this series will take a look at some of the technologies that are already on the market–both in Australia and elsewhere.

On the back of the success of our informative and impartial Solar Quote Comparisons, Solar Choice has developed an online comparison platform for energy storage solutions.