Delta Group, headquartered in Taiwan, was founded in 1971 and focusing initially on the production of switching power supplies. Over the last 50 years they have expanded into power electronics, industrial building automation and energy infrastructure projects. In 2019 the Delta Group posted an annual profit of AUD$1.1 billion, so they have a secure financial backing.

In 1999 Delta commenced the development of their first 260W grid-connect inverter for the German market. They now manufacture solar inverters from 2.5kW to 140kW and distribute across the world with local websites and offices set up in the USA, China, India, Japan, Korea, Thailand and Australia. Their Australian office is located in Notting Hill, Victoria.

A brief rundown on solar inverters

A solar system’s inverter is the point at which the DC electricity produced by solar panels is turned into grid-compatible AC electricity. Typically, there are 2 approaches to inverters – either string inverters or micro-inverters.

String inverters (including all of Delta’s product range) have traditionally been the standard in the solar industry. They send the power produced by solar panels to a central inverter that changes it from the DC electricity to the usable AC electricity that powers homes. Delta also specialises in hybrid string inverters which provide the ability to charge a battery as well as use solar power immediately as its created.

Micro-inverters, generally a more expensive solution, provide a small inverter for each solar panel that is installed. This means that each panel operates individually which creates more visibility over performance and can offer some advantages in partly shaded conditions 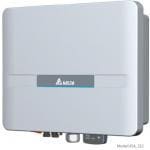 Delta’s home series, the major series for residential application, is designed for supplying power with a capacity of 2.5kW to 5kW. In addition, the E5 hybrid inverter with a battery option is also included in this collection.

The Delta H5A_222 inverter (5kW) is one of their most popular models designed for residential applications. The inverter features an impressively low start up voltage of 35V, compared say Fronius’ equivalent 5kW inverter which starts at 80v. This means that the Delta inverter will run longer in the early morning and late evening. Whilst in the short run the difference won’t be significant, over the life of the system the savings will mount up.

Although not useful in most typical applications, this inverter is one of the only options where you can generate the electricity utilising only one panel. Most inverters require at least three or more panels to generate electricity. 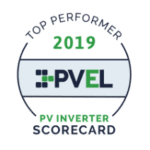 PV Evolution Labs (PVEL) are well known for their independent tests of Solar Panel performance. In 2019 they also commenced testing solar inverters. Their testing procedure is voluntary for solar inverter manufacturers to participate in, so not all inverter models are tested. However it is an excellent proof point for inverters called out as top performers.

In 2019 the some of Delta’s inverters ranked as a top performer in the following 3 tests:

How much do Delta solar inverters cost?

Delta inverters on the Austarlian market are manufactured in China and have reached a significant scale of production meaning they are able to offer cost-effective prices at approximately 23c per watt.

Keep in mind that inverter costs generally only run between 10-20% of your total system, so often it is worth investing in a high-quality inverter given this will have a large impact on the efficiency and performance of your Solar Power project.

Residential inverter efficiency standards are generally 95 to 98 per cent. Delta inverters are towards the top end of this range with at least 97.5%  listed as their ‘maximum efficiency’ throughout their full product range.

A number of Delta models have over a 98% max efficiency, including the Delta RPI 4.99kW (RPI commercial series M6A). This Dual-MPTT string inverter has a 98.3% max efficiency, making it one of the most efficient options for small commercial projects.

In Australia, all CEC approved Delta inverters come with a minimum of a 5-year manufacturer’s warranty. Most inverters in Australia come with either a 5 or 10 year warranty included so this leaves Delta towards the shorter end. Customers do have the option of purchasing an additional five years of warranty directly from Delta and installers can purchase an extension of up to 15 years total on behalf of their customers.

If customers experience any warranty-related issue, the original installer who installed the system should be the first line of support for replacing or repairing the product. However, Delta also suggests that customers who can no longer contact their original installer should contact their warranty department on 1300 335 823 or filling the form on their website to get the support from their local office in Australia.

The majority of Delta’s Inverters (under the name of Delta Electronics Inc) are approved by the Clean Energy Council for the Small-scale Renewable Energy Scheme, which is Australia’s home solar rebate program.

Should you use a Delta inverter on your project?

Given their performance in independent testing it seems clear that Delta inverters are high quality across a number of different areas. The financial strength of the Delta Group and the fact they have an office in Victoria, provides some confidence that you won’t be left stranded if something goes wrong.

For those reasons we believe that Delta are a great choice for your project, especially with a warranty extension up to 10 or 15 years. 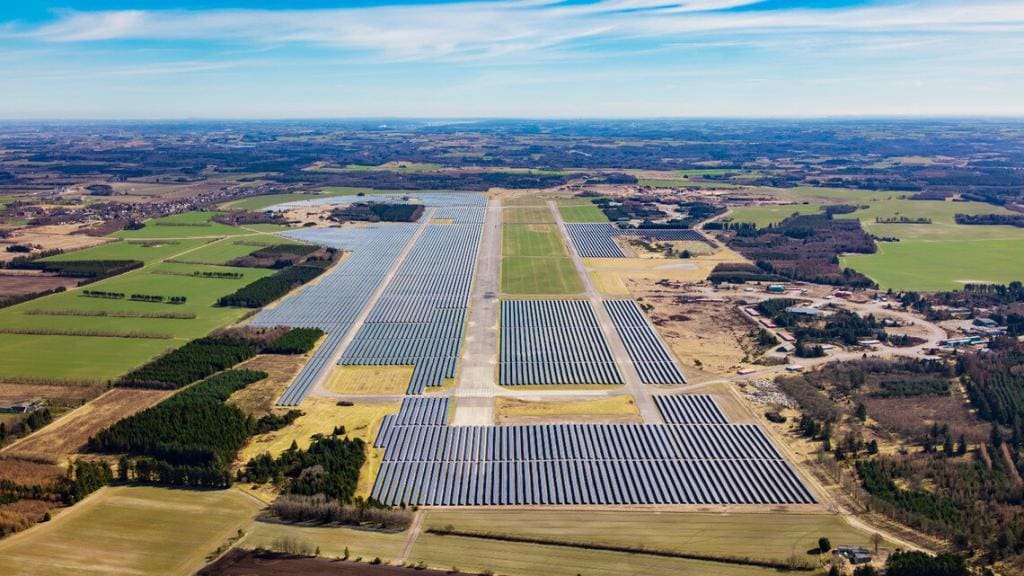 Reviews from Australians who have installed Delta Inverters

Impossible to reset Wi-Fi connection for cloud service monitoring. Very poor, very disappointing. Looking to have the inverter remove and replace with one with a better monitoring function.

No problems with the inverter. I have an app on my phone which allows me to monitor the inverter's performance.