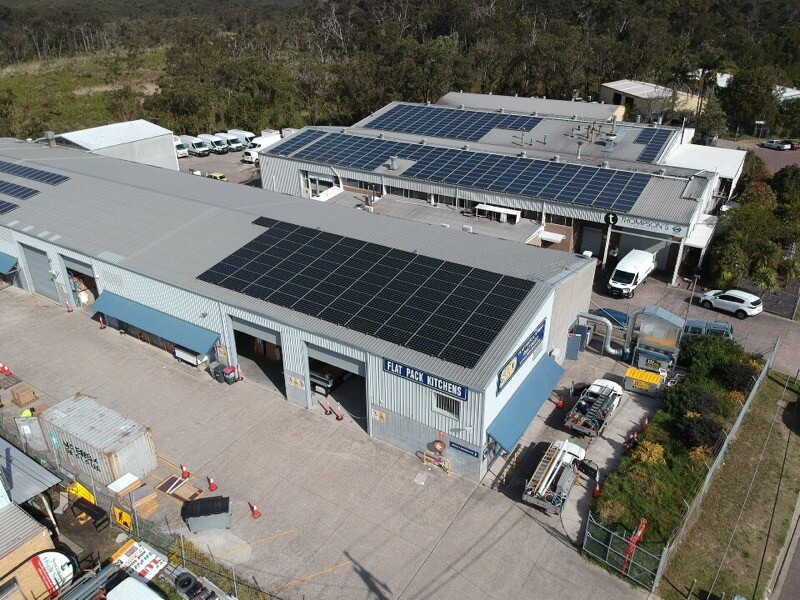 30kW solar power systems are becoming an increasingly worthwhile and attractive investment for small to medium businesses across Australia, with payback periods in the 3-5 year range in most parts of the country. This article provides an overview of the ranges of prices, energy yields (in kWh), and financial returns that a business may expect to see from a typical 30kW solar PV system.

How much does a 30kW solar system cost?

The cost of small-scale commercial solar systems has fallen dramatically in Australia over the last few years, thanks to decreasing technology costs and the STC government incentive scheme for systems under 100kW in output capacity.

Since May 2014, Solar Choice has been publishing average solar PV system prices for solar systems from 10kW to 100kW via the Commercial Solar PV Price Index. On average a fully installed 30kW system will cost roughly $30,030 as of November 2021. These figures inclusive of the government incentive (STCs) and GST.

The table below shows the history of average prices for 30kW Solar PV systems by capital city: 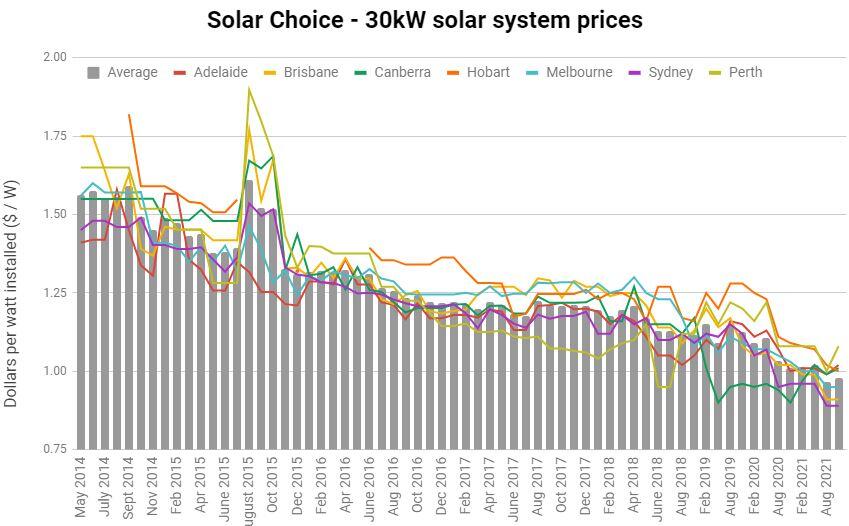 How much energy will a 30kW solar system produce?

Depending on a number of factors, the actual power output of a 30kW solar power system will vary. These variables include:

The table below provides a rough indication of the amount of energy that a 30kW solar system will produce per day (averaged over the year) in Australia’s capital cities.

Is 30kW the right solar system size for your business?

Determining the right size solar system for your business essentially comes down to three factors:

What is the typical ROI and payback period for a 30kW solar system?

According to our own data from nearly 300 business cases compiled in 2021, payback periods for appropriately sized commercial-scale solar systems in Australia are around 2 years on average. This factors in both the government STC rebate and the current tax incentives for depreciating solar systems.