What is depth of discharge?

The term ‘depth of discharge’ is fairly self-explanatory – it describes the degree to which a battery is emptied relative to its total capacity. If you have a battery bank with a nominal capacity of 10 kilowatt-hour (kWh), at 70% DoD, for example, that battery bank has 3kWh of charge remaining.

Depth of discharge and cycle life

Most battery chemistries (including lead-acid and lithium-ion) degrade as they are charged and discharged, gradually reducing their ability to store energy. This affects the length of the battery’s operational life, as well as the total number of kilowatt-hours it will be able to store over that lifetime.

Two of the most critical factors in battery degradation are: a) the number of discharge-recharge cycles, and b) the maximum depth to which they are discharged. If a lead-acid battery is discharged 100% every time it is used, for example, its electrolyte will quickly degrade compared to if it were only discharged to a maximum of 50%.

It is for this reason that the term ‘cycle life’ (with the qualifier ‘at X DoD’) is used on battery specification sheets. This specification may appear once (if there is only one recommended DoD level) or multiple times (if the manufacturer would like to show examples of different use cases). For example, a battery bank may have 10,000 cycles at 20% DoD but only 1,000 cycles at 80% DoD.

(And/or check out our very useful Solar and Battery Storage Calculator Resource Library!)

Nameplate capacity vs operational life and cost of storage

So although a battery bank may have a nameplate capacity of 10kWh, that doesn’t necessarily mean that it can store a useable 10kWh of energy; maximum DoD limitations mean that it may realistically only be possible to access 8, 5 or even as little as 2kWh, depending on how the system is designed (see below section about design life).

Discharging batteries too deeply can significantly reduce the value that they provide over their lifetime. In the example battery bank scenario described in the table below ($5,000 for a 10kWh lead-acid array), for instance, discharging to 80% DoD on a regular basis would result in a rough levelised cost of storage (LCOS) of over 65c/kWh. This is because the battery bank would only reliably store energy for about 2 years (~8,000kWh of storage) before reaching the end of its useful life.

If the battery bank’s DoD were limited to 50%, on the other hand, LCOS would be reduced by half – about 28c/kWh – and would more than triple the battery’s usable life to about 7 years (with about 17,500kWh of storage).

The table below uses a theoretical 10kWh lead acid battery bank (assuming 500 cycles per year) to illustrate how DoD affects cycle life, operational life and the value of the stored energy provided over time. Although the figures are not from an actual battery, they are indicative and do offer some insight into the role DoD plays in battery life.

As can be seen, while deeper discharging may provide a greater amount of accessible stored energy in the short-term (e.g. ~75kWh/week at 80% DoD), it does so at the expense of the battery bank’s longevity (which is reduced to about 2 years at 80% DoD) and the value of the stored energy.

In essence what all this means is that DoD should be a key consideration in the design of any battery storage system. A battery bank’s ‘design life’ is the number of years which it should operate within the parameters  which it is engineered to function. The design process should take into account the energy usage patterns of the home where the battery bank is to be installed, and where possible the system’s battery management system (BMS) should be configured to limit DoD so that the battery bank’s lifetime value is maximised.

The figures in the table above also serve as a reminder as to why $/kWh nameplate price is not the best measure of a battery bank’s value. Much more important is the value of the stored energy that the battery will provide over the designed system’s lifetime. In light of this, it is probably more useful to define a battery bank’s capacity in terms of the amount of usable energy – e.g. a nameplate 10kWh battery bank with a designed max DoD of 50% is better to be thought of as a 5kWh battery bank.

We’ve used the example of a lead-acid battery bank in this article, but there are plenty of other types of battery chemistries already available on the Australian market which are more tolerant to deep discharging.

Flow batteries (from Redflow and Imergy), for example, can be discharged to 100% without damaging the electrolyte, and theoretically can be charged and discharged indefinitely. Similarly, Aquion’s saltwater-based AHI batteries are recommended for use at 100% DoD for 3,000+ cycles. 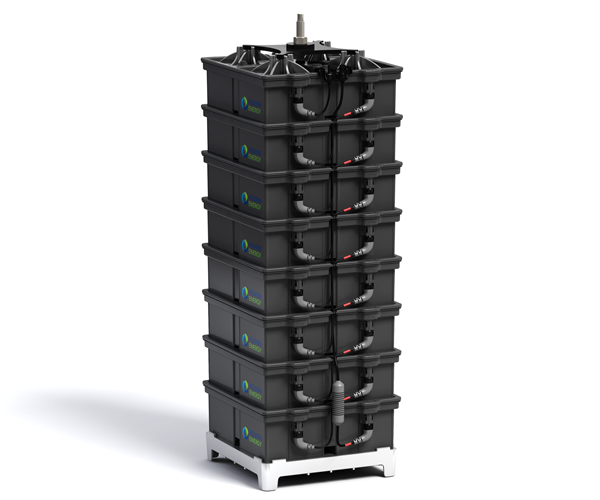 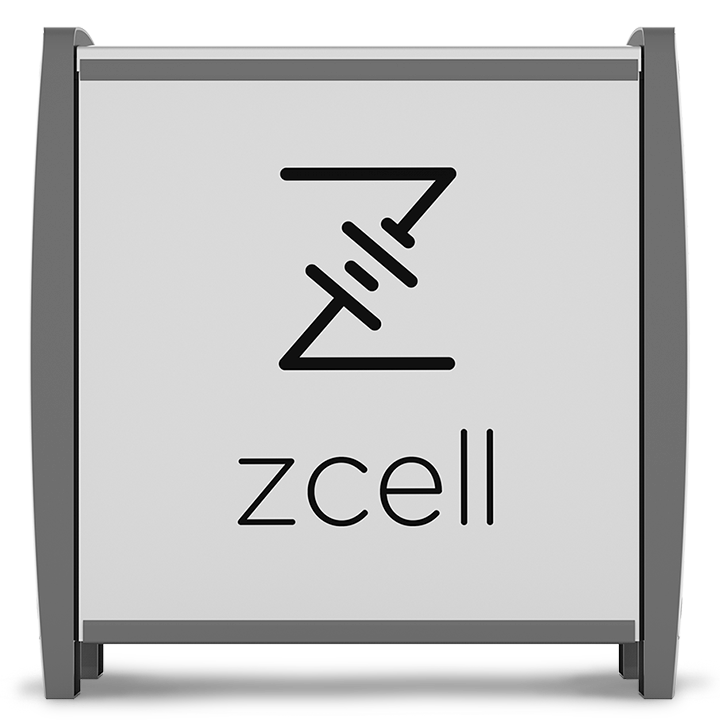 Redflow’s ZCell has a usable capacity of 10kWh – 100% depth of discharge.

And while complete discharge is not recommended, at 70-90% recommended DoD, lithium-ion batteries are still significantly more tolerant to deep discharging than are lead-acid, making them increasingly competitive for a cost-per-kWh (or LCOS) perspective.

In August 2015, Solar Choice launched Australia’s first Battery Storage Comparison service, which will allow you to compare installer offerings at a glance in an apples-to-apples format.

If you are a residential customer interested in a new solar-plus-storage system, fill out your details in our Solar Quote Comparison request form to compare your options now. Potential commercial clients are also invited to register their interest. (If you have a pre-existing solar system, select ‘Battery Only’.)