To Feed-in or not to Feed-in: Encouraging renewable energy electricity production

The concept of a feed-in-tariff (FiT) has been around since the 70’s but it was only in the last decade we saw Germany pioneer its usage to dramatically increase electricity generation from solar PV.

Now over 30 countries, including Australia have adopted feed-in-tariffs to encourage the production of electricity from renewable energy sources. Those of you with PV solar systems most likely purchased your system due to the existence of a feed-in-tariff in your state and are just kicking back to wait for their returns. Unfortunately economists, the electricity wholesalers, and large-scale renewable developers are not always in favor of these generous premiums that are driving the solar PV market and drastically reducing your energy bill.

Now over 30 countries, including Australia have adopted feed-in-tariffs to encourage the production of electricity from renewable energy sources. Those of you with PV solar systems most likely purchased your system due to the existence of a feed-in-tariff in your state and are now kicking back to wait for their economic returns. The ugly truth however is that economists, the electricity network and large-scale renewable developers are not always in favour of these generous premiums that are driving the solar PV market and drastically reducing your energy bills.

Some Background on Australia’s incentives

Small-scale renewable energy projects in Australia are currently supported financially through RECs (Renewable Energy Certificates) and FiTs (Feed-in-Tariffs). Most countries either have one or the other, which is why some economists believe the federal Renewable Energy Target and its REC trading scheme should operate by itself, without the assistance of various state-based FITs, favouring the most efficient renewable energy technology at least cost. And so the question on policy makers’ lips is whether we are spending too much money on integrating renewable energy into Australia’s energy mix with our feed-in-tariffs.

The clear answer and reality of the situation is that a feed-in-tariff is the quickest method to reaching a certain capacity of renewable energy generation:

1. It provides security to clad your everyday electricity warrior (the single mum, the struggling farmer, you and I)  with ammunition against rising energy bills which are becoming more expensive because of network upgrades, completely unrelated to the generous Feed-in-Tariffs!

2.  It ensures that the REC Market doesn’t pick winners of large scale Wind or Hydro projects and encourages investments into smaller-scale technologies, which stimulates demand and R&D, making them more affordable.

3. It creates more jobs than a big development and reaches a target of renewable energy capacity far quicker than any other mechanism – the quicker we install renewables, the less dependent we become on dirty coal for our base load requirements. 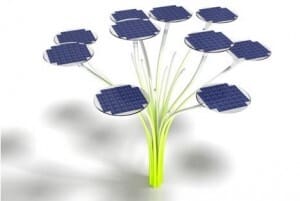 How You make your money

There is no doubt about it, that both renewable energy policies: RECs and FiTs, have improved the economic viability and payback time for your average household PV installation. RECs bring down the upfront cost of the solar installation for small businesses and residences and the FiT, normally capped at 10kw for most states, earns you a fixed return based on the nature and duration of the scheme (i.e. 7 years Gross, or 20 years Net). NSW homeowners for instance, can purchase a 1.5kw system for as low as $2-3000 (after RECs) and earn over $1400 per annum for the next seven years.

The most attractive scenario would be a national gross feed-in-tariff (similar to Germany’s and now the UK’s) as the quickest way to reach a certain capacity of electricity generation from renewable energy in Australia.

Large-scale developers are not overly excited with the surge of the domestic market and lament the lack of incentives that are available to them which has now been resolved with the fixed REC price for small renewables at $40. From previous customer experiences it does seem as if electricity wholesalers, the bodies that maintain the electricity network, will begrudgingly have to update the network to incorporate solar PV customers wanting to export onto the grid. If there is a large supply in a particular community then there may be too much for the grid to handle in some areas and this is a possible solution in the future. However until then there are a large number of benefits that outweigh the current gripes out there about Feed-in-Tariffs.

Below is a table that displays how such concerns are outweighed by the multiple, realistic benefits that FITs and small-scale renewable policies have to offer:

I hope this was useful information to those of you wondering whether Feed-in-tariffs will be important to us in the future. And as per our previous Solar Choice Blog please have a look at which electricity retailers are offering the best feed-in-tariff rates, above and beyond what is stipulated by their respective governments.