The average price of a fully installed commercial-scale solar system changed little between March and April 2016 – holding steady at about $1.33 per watt. While there were slight increases in 10kW and 30kW system prices, this was offset by decreases in 50kW and 100kW system prices. 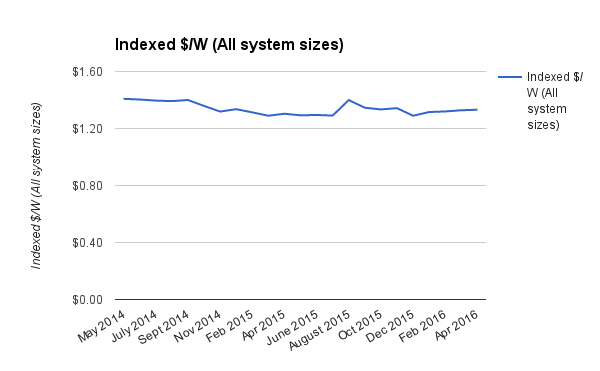 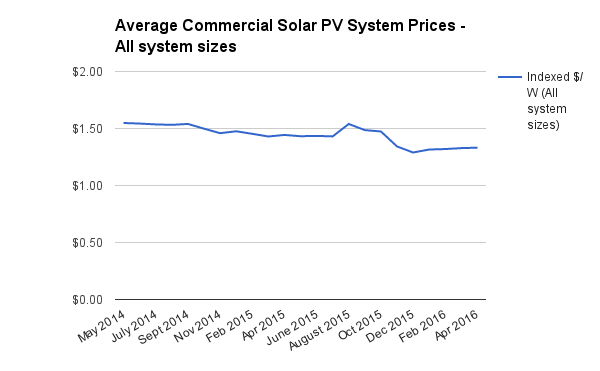