After several oscillations, Clive Palmer has suddenly (and apparently wholeheartedly) thrown his party’s backing behind Australia’s embattled Renewable Energy Target, currently the nation’s most important remaining support scheme for renewables. The development is encouraging news for renewable energy proponents and industry employees alike, given that the Palmer United Party (PUP) will hold the balance of power in the senate from 1 July.

Appearing on stage with international climate campaigner and Inconvenient Truth star Al Gore (in Australia to talk about climate change communication), Palmer emphasised that, while he would keep his promise to vote to dismantle the nation’s Carbon Tax, his party would work to ensure the RET’s continuation in its current form until 2016.

The other talking points from the speech had a decidedly green tint to them, with Mr Palmer expressing explicit support for the Clean Energy Finance Corporation (CEFC) and the Climate Change Authority, both of which the current coalition government have moved to eradicate. He also said that PUP would push for legislation to implement a ‘shell’ Emissions Trading Scheme (ETS), which would lie dormant with a $0 carbon price until all of Australia’s major trading partners had similar mechanisms in place.

Most importantly, PUP’s support for the RET means that it will be difficult for the Coalition to deliver any of the more potentially devastating blows that it could have otherwise, as any changes to RET legislation will be unlikely to pass in the Senate. 3 potential courses of action against the RET are now effectively blocked. Namely:

Nevertheless, Palmer’s turnaround does not guarantee total security for the scheme, which could still be weakened through ministerial decree. Some key aspects of the RET remains exposed: the value and volume of renewable energy certificates for small-scale systems. Should the minister opt to alter the scheme unilaterally, with just a stroke of the pen, he could choose to do one or both of the following:

With the existential threat against the RET now effectively removed, how and how much the RET is changed may come down to political pressure and public opinion on the Coalition. With populist-leaning Palmer having decided that backing renewables is the ‘right’ thing to do, perhaps the approval-starved Coalition will take heed to tread lightly here. 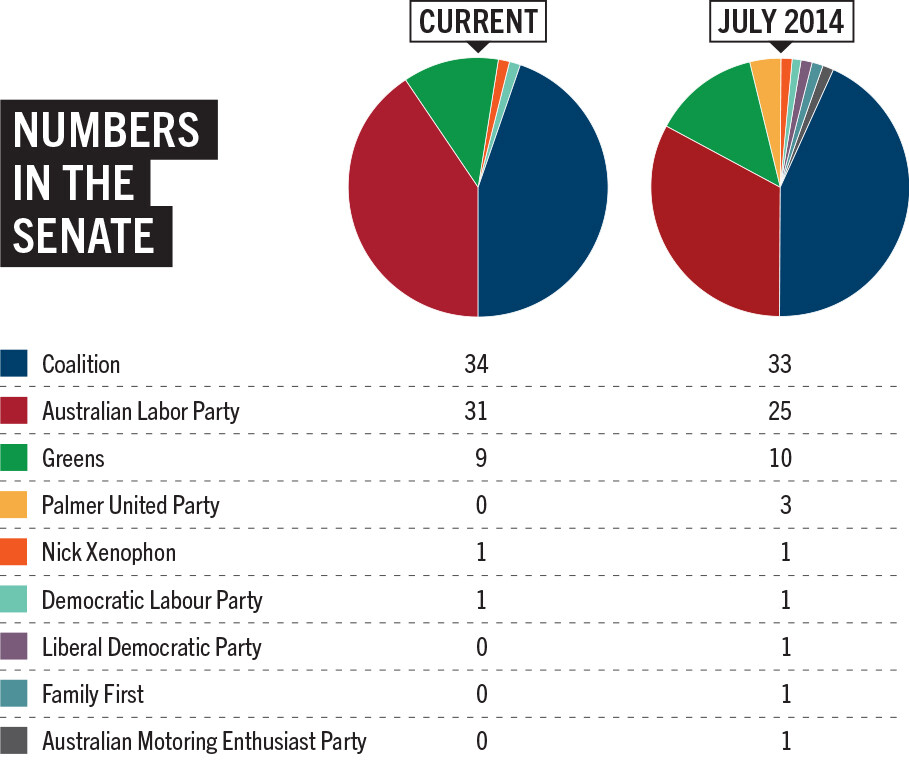