Solar, wind, biomass and hydro energy combined to supply a record 90 per cent of Germany’s total power demand at times on Sunday 8 May, and sent power prices into the negative for several hours.

The spike at around midday on Sunday resulted from a combination of reduced demand and robust solar and wind energy supply – usually, renewables supply an average of 33 per cent of Germany’s power. 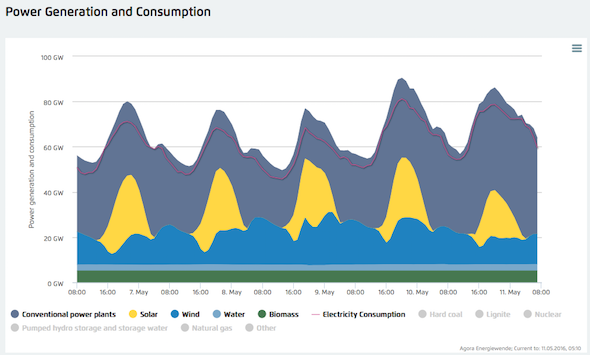 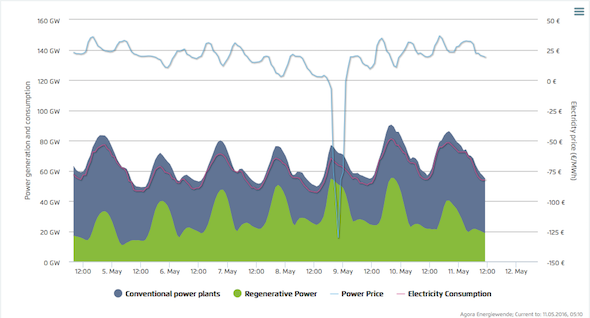 At one point around 1pm on Sunday the country’s solar, wind, hydro and biomass plants were supplying about 55GW of the 63GW being consumed, or 87 per cent.

The achievement serves to counter those who argue that renewables will only ever have a niche role in powering major economies, and also bodes well for Germany’s plans to shift to 100 per cent renewables by 2050.

It also highlights the success of Germany’s Energiewende, or “energy transition,” which has used targeted policies to open the renewable energy market to utilities, businesses and homeowners.

But as some have noted, power surplus events like this aren’t all good news, as they illustrate that Germany’s grid is still too rigid for power suppliers and consumers to respond quickly to price signals.

“Nuclear and coal plants can’t be quickly shut down, so they went on running and had to pay to sell power into the grid for several hours, while industrial customers such as refineries and foundries earned money by consuming electricity,” Quartz.com reported.