In a show of support for both local jobs and the renewable energy industry, South Australian premier Jay Weatherill paid a visit to Tindo Solar‘s manufacturing plant this week. The SA state election is scheduled for 15 March, and the Premier made the visit as part of his campaign to spread the message of Labour’s plans to proactively support renewables and the state’s economy if reelected.

Premier Weatherill promises that if Labour is retains enough seats to hold power, the government will introduce a pilot program that will see solar panels installed on public housing properties, supplying 200 households with solar power. The bulk purchase will reduce manufacturing costs for the supplier and the panels will reduce electricity bills for the public housing residents. The panel manufacturer would be paid for any excess electricity from the installations, thereby recouping remaining costs. The program would be possible at no expense to taxpayers, and if successful would be expanded to 5000 systems, or around 10MW of solar capacity.

“This is an initiative that will help ease cost of living pressures for public housing tenants and generate new jobs in the renewable energy sector,” Premier Weatherill said. “Tenants could save as much as 30 per cent on their daytime power costs through the installation of solar panels on these properties.” 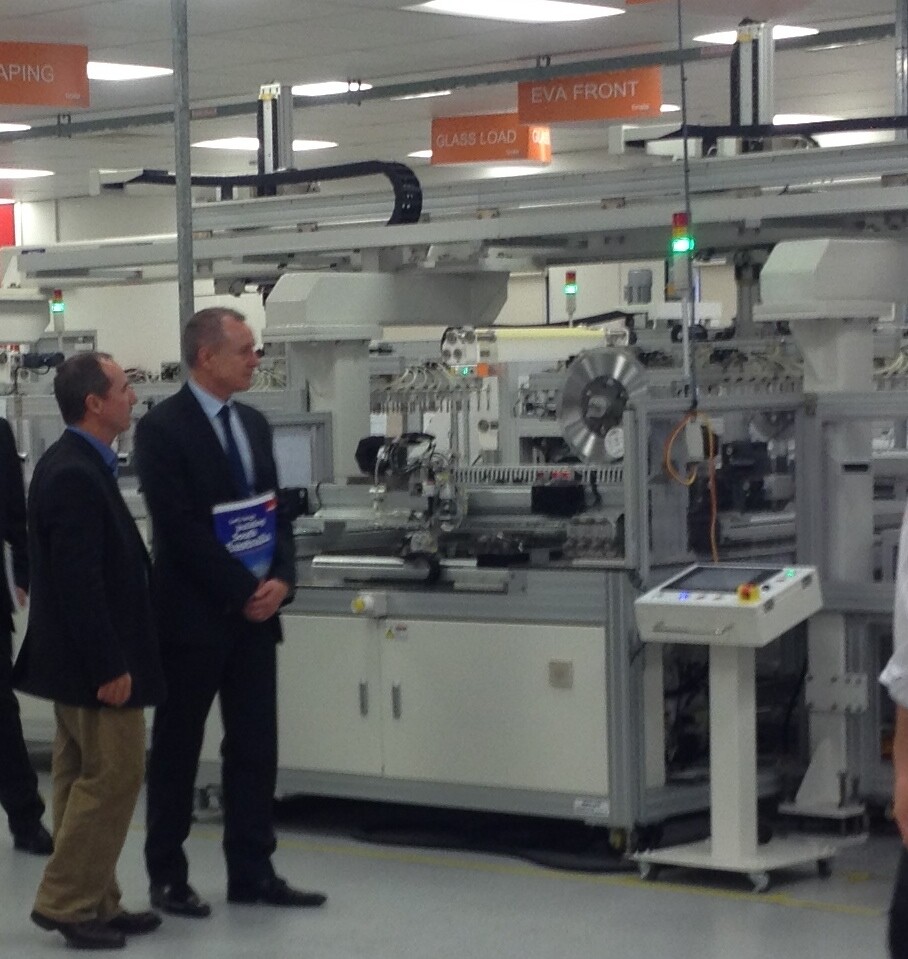 The suppliers of the modules would be selected through a tender process, and in order to maximise job creation would be limited to local manufacturers. Unless another manufacturer were to begin operation in the state, this would effectively narrows the pool of candidates to 1 company–SA’s own Tindo Solar. Richard Inwood, Tindo’s Manager of People & Business, says that such a large order would enable the company to benefit from economies of scale and reduce module prices, putting its panels on a more even footing with imported panels and further spurring its penetration into the Australian market.

Mr Inwood noted that both Liberal and Labour parties have been supportive of Tindo, with opposition leader Steven Marshall also having visited Tindo’s facility a number of times, along with other Ministers and members of both parties. Both parties, he says, “appear genuinely committed” to supporting a business like Tindo, which demonstrates leading edge technology and automation in its manufacturing plant. In addition to job creation, more business for Tindo would also require training employees up to have the skill necessary to do the work, thereby contributing to SA’s local talent pool.

Currently, about 1 in 5 households in SA has a rooftop solar PV system, thanks in large part to consistent and predictable support from the state government–primarily through the state’s feed-in tariff, which was reduced gradually over a period of several years. Installation numbers in the state, although not close to their peak a few years ago, remain stable on a month-to-month basis.

Mr Inwood, notes that promoting the domestically-produced panels would be a boon to Aussie industry, with the expected creation of hundreds of manufacturing jobs were 20% of solar installations to use locally-made panels. Currently, almost all of Australia’s panels are imported from overseas–mainly from China. The market for imported panels in 2014 will be worth around $1.4 billion.