Victoria’s SP Ausnet, the grid operator for the state, has plans to run an grid energy storage trial in order to examine new ways to deal with the issue of peak electricity demand. The trial signifies a shift in electricity industry thinking with regard to the problem as well as the growing viability and affordability of batteries and energy storage solutions.

The energy storage station, referred to as hybrid grid energy storage and diesel generation system (abbreviated as GESS), will be a 1 megawatt (MW)/ 1 megawatt-hour (MWh) facility consisting of a large battery bank and diesel generator that would be used as back-up capacity during periods of high electricity demand. Similar facilities are being developed and trialed elsewhere in Australia—and outside Australia–in hopes that they will allow utilities and network companies to put off investment in network infrastructure.

The GESS technology has been developed by engineering firm ABB in conjunction with Korean technology giant Samsung, and will consist of several ‘kiosks’. The plant will be transportable, allowing the SP Ausnet to bring it where it is needed most.

Although the GESS does not have a renewable energy component, it is not unreasonable to imagine that renewable energy technologies such as solar PV could be incorporated into the mix. Numerous hybrid, ‘smart inverter’ technologies are already available on the Australian market that are able to manage inputs from a range of sources, including solar panels, micro-wind generators and batteries–although few are on the scale of the GESS. 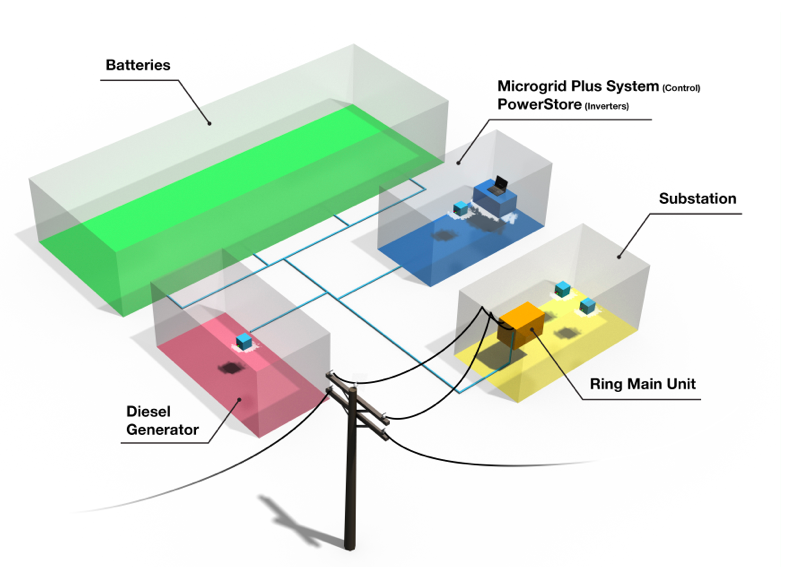