It’s been well over a year since we first released our Solar & Battery Sizing & Payback Estimator tool in February 2016. Through its life so far, this handy tool has been visited by over 50,000 people trying to determine whether solar battery storage is worth the the money.

As a first effort, this tool was not bad (especially for a tool that is 100% free for anyone to use), but it had a number of limitations. The most obvious of these was the fact that the model was based only on two days’ worth of energy consumption & solar generation data. This allowed the user to get a very, very rough idea of what kind of impact a solar and/or battery system would have on their energy independence and electricity bills, but failed to even approximate the real-life, weather-related fluctuations in solar energy generation – and the impact that would have on a battery bank’s state of charge.

Get a free, instant quote comparison from companies in your area

With this and other limitations gnawing at our minds, we set out to build a better, more accurate calculator tool. The new version – developed primarily by our engineers Yang Guo and Miya Zhou – features the below improvements.

While these don’t make the tool perfect, they do make it pretty good – especially for something that doesn’t cost any money to use.

Check out the new calculator! 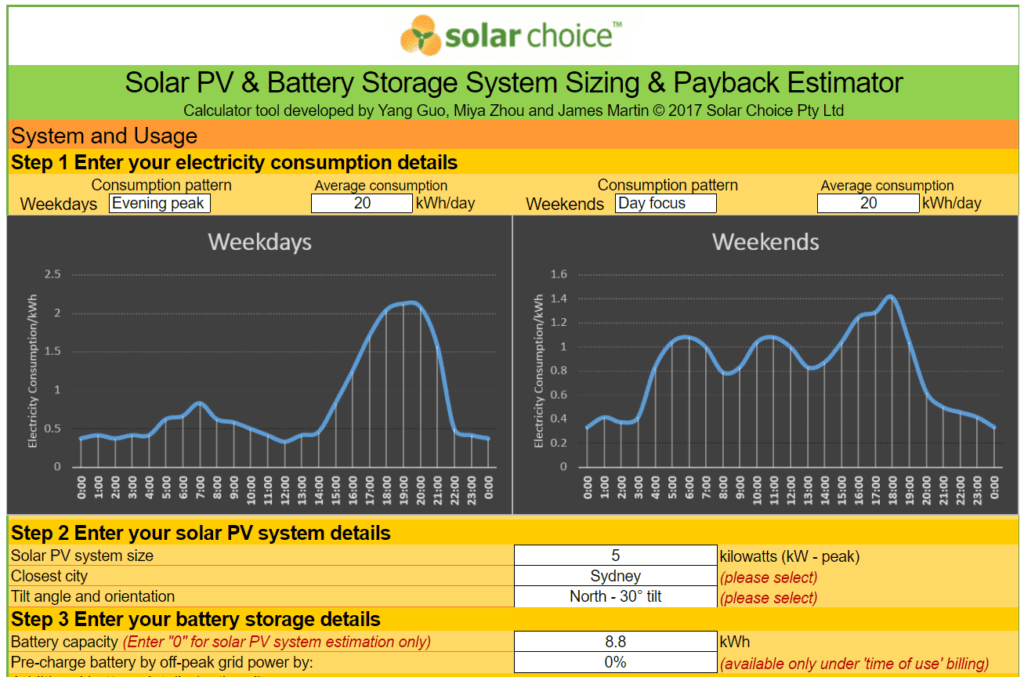 Over the coming weeks and months, we’ll be rolling out further improvements to this calculator, as well as to the suite of other tools in our Resource Library. These include the addition of internal rate of return (IRR) and net present value (NPV) outputs in the ‘Check the results’ section of the tool, as well as new-and-improved versions of our off-grid sizing & battery retrofit calculators.