Huawei Technologies Co., Ltd. is a Chinese multinational technology company headquartered in Shenzhen, Guangdong. The company was founded in 1987 and it is most well-known for designing, developing, and selling telecommunications equipment and consumer electronics. In 2012, they overtook Ericsson as the largest telecommunications manufacturer in the world and over Apple in 2018 as the second-largest manufacturer of smartphones by Samsung.

Solar Choice has written up an extensive Huawei inverter review to help you make an informed decision before buying.

Huawei were a later entrant to the Solar Inverter market, but have rapidly gained the top market share position. The below graph estimates global market share in 2019 based on international shipments. Wood Mackenzie also estimated Huawei to have the largest market share in the APAC region in 2019.

Huawei and ZTE were banned from suppling technology into Austalia’s 5G network due through Australian Government concerns about unathorised access or interference.  In 2019, amid rising tensions between the Trump administration and China, Huawei ceased selling to the U.S. market and laid of all of with U.S. staff. This hasn’t slowed Huawei’s penetration of the Australian solar market their sales continue to grow into 2022.

A solar system’s inverter is the point at which the DC electricity produced by solar panels is turned into grid-compatible AC electricity.

String inverters (such as Huawei’s product range) have traditionally been the standard in the solar industry. They send the power produced by solar panels to a central inverter that changes it from the DC electricity to the usable AC electricity that powers homes.

Microinverters, on the other hand, convert DC to AC electricity at each individual panel and allow for monitoring and power regulation at the panel level. This is useful for homes that are impacted by shading from clouds, trees, or other buildings.

PV Evolution Labs (PVEL) independently test solar inverter reliability. The tests are voluntary, with solar inverter manufacturers paying to participate in the testing. This testing process is internationally renowned and is an accurate reflection of the solar inverter’s performance.

In 2019, four inverters from the Huawei SUN2000 series were named as top performers across different tests completed. Although the Huawei solar inverters deployed into testing were US models, it can be reasonably assumed that the models sold in Australia adopt the same or similar technology.

As many Huawei inverters are manufactured in China, this enables them to be sold at a cheaper price in comparison to European manufactured competitors.

Keep in mind that inverter costs generally only run between 10-20% of your total system, so often it is worth investing in a high quality inverter given this will have a large impact on the efficiency and performance of your Solar Power project.

The main line of inverters from Huawei are the SUN2000 range. These are single or three phase inverters ranging from 2 to 100 kilowatts in capacity. Huawei have rapidly gained market share of the back of the SUN2000 series being functionally superior to many of its rivals. Most notably: 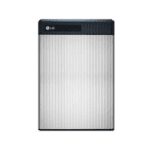 The Huawei SUN2000 inverters are hybrid and with an inbuilt battery charger they can be connected immediately with a battery or open the options for customers hoping to be ‘battery ready’. It is the only compatible battery system listed for the reputable LG Chem RESU 7H and 10H. The Huawei inverters are also compatible with their own LUNA2000 solar Huawei battery.

Mutliple MPPTs and the option for power optimisers 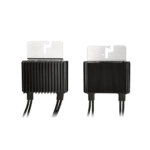 Even the smallest 2kW inverters in the Huawei SUN2000L series come with 2 MPPTs meaning that one inverter can be used for 2 strings of panels across 2 orientations. For a third or fourth orientation power optimisers can be selectively installed on the additional orientations meaning it is more affordable than having to go to a complete power optimiser or micro inverter solution. Panel optimisers are typically $70-80 per panel. So on a 10kW system with 30 solar panels designed with 10 panels on each of 3 orientations – you could only install 10 power optimisers instead of 30 creating a saving of $1,400 to 1,600 (plus additional labour costs). 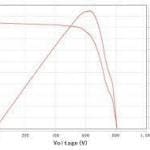 The inbuilt IV curve-tester is an industry first and is designed to monitor Solar Panel degradation to ensure it is in line with the manufacturer’s warrantied specifications (e.g. Solar Panel warrantied to produce 82% of initial nameplate rating after 25 years, degrading 2% in the first year and 0.7% p.a. after that). The solution uses big data analysis and Artificial Intellegence algorithms to create an IV curve that can be compared against the Solar Panel Manufacturer’s claims. Huawei states their results are accurate to 0.5%. To access this functionality a customer must complete their form via Huawei’s website and pay a licence fee via a local distributor.

Huawei inverters have natural cooling technology. Essentially this means they can manage the temperature of the unit without the requirement for noisy fans. This can be a game-changer for commercial applications or any situation where the inverter will be installed close to usable areas. The absence of fans also presents advantages in terms of safety and lower risk of corrosion over time. Given the Huawei SUN2000-11.4KTL-US was named as a high performer by PV Evolution Labs in high and low temperatures it appears the ‘natural cooling’ performs as well as they claim.

Limitations of the Huawei Inverters

For those hoping to operate their solar battery during a blackout (grid outtage), the absence of a Emergency Power Supply mode (EPS) is a major limitation. As in almost every scenario a solar battery doesn’t make economic sense, providing back-up power to the grid, is one of the main advantages and reasons homeowners and small businesses are currently installing batteries.

Huawei’s user manual suggests that their inverters should not be installed in salt areas, defined as 500m from the coast or prone to sea breeze. That is a pretty broad sweeping definition and covers a significant portion of Australian buildings. Although Huawei inverters are IP65 rated, installing Huawei inverters within these regions may impact your ability to claim warranty.

Huawei offer a full 10 year warranty on their products with covers a spare product, logistics and the replacement fare. They can also be extended up to an industry leading 20 years for an additional cost upfront. At the time of writing a 5 year extension to 15 years on the Huawei SUN2000-5KTL inverter would cost an additional ~$300 and a 10-year extension to 20 years would cost ~$600.

A Full Range of Huawei Inverters Approved for use in Australia

The majority of Huawei Inverters are approved by the Clean Energy Council for the Small-scale Renewable Energy Scheme, which is Australia’s home solar rebate program.

A comparison of common Huawei Solar Inverters used in Australia

Conclusion – should you consider Huawei for your solar project?

If you want a hybrid inverter for a residential project then Huawei offers an affordable option. Huawei is priced cheaper than its major european competitors (Fronius and SMA) but when examining the product specifications, warranty periods and flexibility – it may offer some advantages. If you wish to run a hybrid battery system during a blackout, unfortunately Huawei is not a possible option for you. In our opinion, Huawei inverters a great option for most projects and are likely to have a strong position in the solar market in the future.

On April 16, when India was still on lockdown due to the COVID-19 pandemic, a 50 MW PV plant in Rajasthan State was successfully connected to the power grid. This project was constructed by Adani Green Energy, a new energy subsidiary of the Indian energy conglomerate Adani Group. To date, Adani Green Energy has put 2.6 GW of renewable energy projects into operation, among which over 96% use Huawei Smart PV Solution.

Reviews from Australians who have installed Huawei Inverters

Too early to tell but seems to be quite good

Can't comment as only had it < 2 months. Waiting for bill to see benefits.