Tindo Solar was founded in 2011 by Adrian Ferraretto and they are currently the only solar panel manufacturer in Australia. Their manufacturing plant is based in Adelaide and they distribute solar panels across Australia. Tindo’s name comes from the Kaurna Aboriginal word for ‘sun’. The Kaurna peoples are indigenous to the Adelaide plains, where the company’s manufacturing plant is located.

In 2017, Tindo Solar Pty Ltd was purchased by solar panel installer Cool or Cosy. Cool or Cosy owner, Glenn Morelli, has expanded the manufacturing plant to a current capacity of 60MW per year. Tindo distributed their panels directly to solar installation companies across Australia. In South Australia the only authorised reseller of Tindo Solar Panels is Cool or Cosy.

Tindo Solar import many of their required components from overseas, however the solar panels are engineered and assembled in Australia.

Tindo Solar is not on the current Bloomberg Tier 1 list

The key point of difference as you’ve already read is that Tindo Solar Panels are made in Australia. It is great to see local companies manufacturing solar panels in a market which has been dominated by Chinese companies. Tindo rely on a buyers preferencing an Australia-made and Australian-owned brand along with their focus on producing high quality products.

Tindo have informed us that, if you’re lucky enough to live in Adelaide, that prospective buyers can inspect the plant at relatively short notice. The transparency around their operations and procedures comes with confidence that they are deploying leading technologies in the assembly of the solar panels. See below factory tour:

However, the below 3 solar panel models are currently all that is available at the time of writing this article: 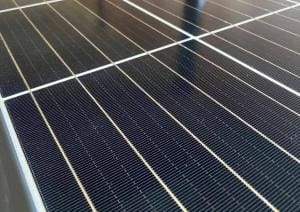 There is currently 1 Tindo Karra 60 cell solar panels available in Australia. The 330W solar panel is made up of 60 monocrystalline silicon cells with PERC technology which was developed at the UNSW. The 5 bus bars on each solar cell reduces the distance between each busbar (see as the white lines crossing within each solar cell), which in turn reduces the internal resistance losses. The module has a respectable rated panel efficiency of 19.8%.

This panel featured Tedlar® based backsheet which provides a high level of resistance against the elements. The solar panel comes with a 12 year product warranty and 25 year performance warranty that ensures at least 80% power output at the end of the 25th year. 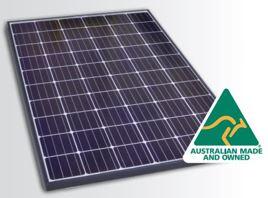 Tindo are manufacturing two 66 cell solar panels – Karra 360W and Karra 365W. As the names state, they both are made up of 66 silicon cells and have the same cell type and technologies as Tindo Karra 60 cell. Panel efficiencies of 360W and 365W are 19.5% and 19.8% respectively, all above the market average.

Both solar modules offer a 12 year product warranty and a 25 year performance warranty which guarantees 80% of the nominal output at the end of the 25th year. 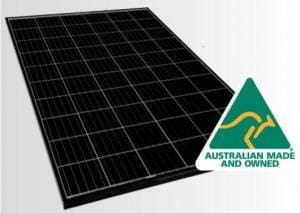 The Tindo Karra 72 Cell solar panel is a larger commercial module with a Mono-PERC cell type same as above. A panel efficiency of 20.1% supports the 400W nominal power output. This panel features the Tedlar® based backsheet the same as above which provides  long-life protection.

The performance warranty guarantees a certain level of output for the lifetime of the panel – typically guaranteeing 80% of the nameplate output after 25 years. Tindo Solar Energy offers 25 years performance warranty for all ranges with a guaranteed output of 80% which we would say meets but does not exceed market expectations.

Tindo is the only company where you can contact the manufacturing plant directly within Australia to claim warranty.

So, should I buy Tindo Solar Panels?

Tindo Solar offer a great feel good way to invest in solar energy whilst supporting an Australian company. The solar panels themselves match up with most of the panels towards the middle of the market in terms of quality, whilst being supported by a strong warranty policy.

If you’re looking to buy the best solar panels and happy to pay a premium, then you will need to look at the bigger foreign brands like LG, Sunpower or REC. 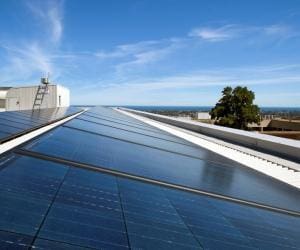 A 65kW solar system for Flinders university Law and Commerce building was completed in 2014 which is supported by 260W Tindo Solar manufacturer solar panels. A prediction of 95MWh of electricity output per year helps to reduce the University’s reliance on grid-supplied energy.

Reviews from Australians who have installed Tindo Panels

Excellent build quality, made in South Australia. Buy Australian Made. After watching ABC TV's Catalyst show "The Grid" we wanted to support Aussie made Tindo panels. Solar Choice don't even have them listed as a brand, very poor Solar Choice. At least the ABC TV help prompt Australian Made. https://www.tindosolar.com.au/ ABC Catalyst https://www.abc.net.au/catalyst/the-grid-powering-the-future/13491654