The number of Australian consumers choosing to go off grid is on the rise, installers are reporting, as households respond to the rising cost of grid energy, and the hopeless political environment.

Glen Morris, from SolarQuip, who says there is mixed bag of people leaving the grid – and a mixed bag of reasons. 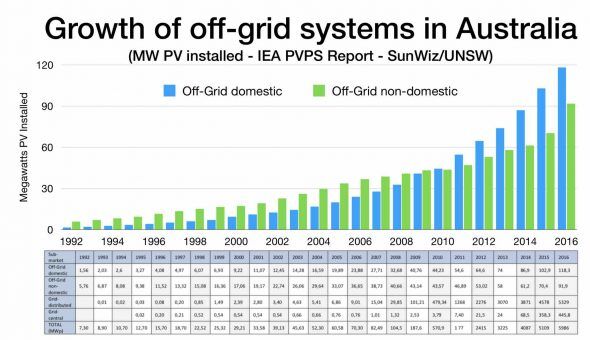 Some do it because of bushfire risk, some for independence, some because they are sick of outages, others to avoid smart meters and others to see money.

This, of course, has implications – not just for network owners and retailers, but also for the managers of the grid, and for other consumers.

The surge in the uptake of rooftop solar – installations are up 50 per cent from the same period last year – suggests that up to half of all demand will be met by distributed energy resources including solar, batteries, and demand management.

The question becomes how many of these stay on the grid.

One solar installer based in northern NSW, says he has taken 30 customers off grid in this financial year.

“More and more people are getting very irate,” he says. “Some big customers have had enough. Some of them just want to save money. Some just want independence.

“Everyone is getting sick of it.”