A high penetration renewable energy system would be cheaper than one based around existing fossil fuel generation, according to new modelling from a group of engineers, energy analysts and IT experts in Western Australia.

The modelling, known as SIREN, looks at the WA grid, known as the South West Interconnected System, and shows that an electricity system with 85 per cent renewable energy will be cheaper than “business as usual” – an average of $124/MWh compared to $127/MWh – and around the same price as current costs.

The SIREN modelling template will soon be used for an updated assessment and costing of the main grid in Australia, the National Electricity Market.

“We intend to use this to lobby government and show (utilities) Western Power and Synergy what we have found, and what they can do,” says Ben Rose, one of the authors.

The study also indicates that a dispersed wind and solar based system with battery storage would reduce network charges, and greatly reduce reserve capacity payments (CP) and tariff adjustment (TAP) costs – both of which are significant burdens for energy consumers in WA now.

The modelling will be released in detail at the end of the month, and made available so that people can test with their own inputs (estimated costs of technologies, demand etc). 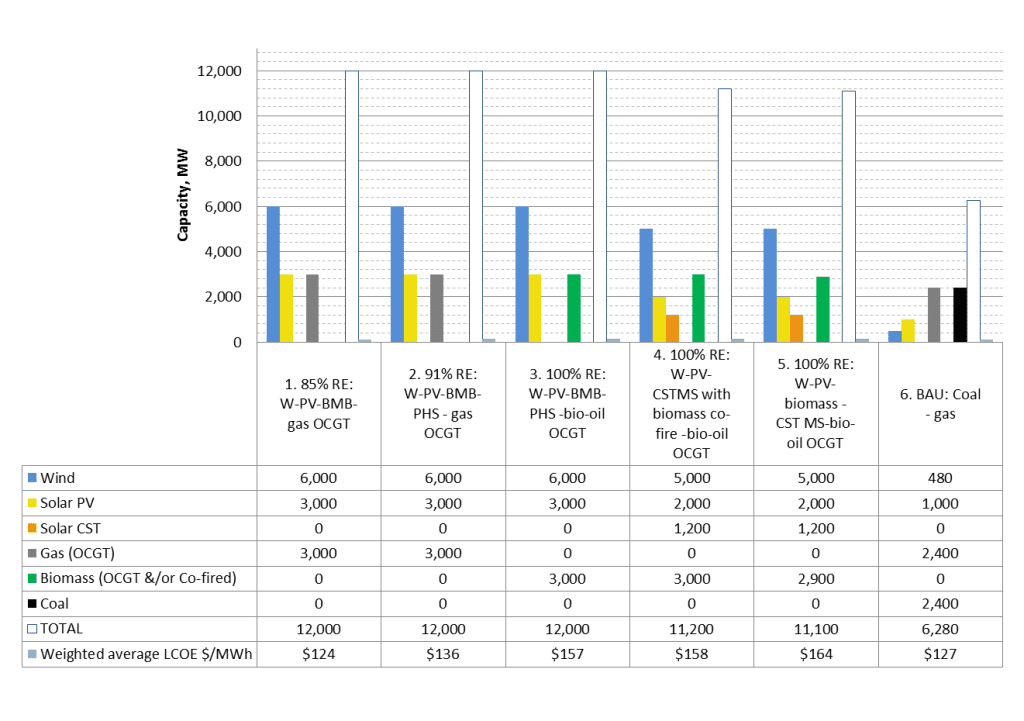