Australian solar technology start-up RayGen has signed a $60 million equity and manufacturing deal to help accelerate a technology that it believes will generate $1 billion in sales by 2020.

The Melbourne-based RayGen is a developer of concentrated solar PV (CSPV) technology, which users computer‐controlled mirrors to direct a concentrated beam of sunlight onto ultra‐efficient solar semiconductor devices.

CSPV is being developed by a range of different companies, including Australia’s Solar Systems, which is building a demonstration plant in Mildura, and the US-based SunPower. The developers say the higher efficiencies will ultimately mean lower costs.

RayGen’s deal with Chinese company ZhouZhou Intense Solar will see a $2 million equity injection and an agreement to assemble Australian made components of the technology in China, which will guarantee sales of $58 million over the next few years.

RayGen says these devices are twice as efficient as traditional solar panels, and enables industrial‐capacity solar energy delivered off the grid at on‐the‐grid prices. It says it is a compelling technology for developing markets like China.

“Our partnership with Intense Solar shows there’s a significant export market to be gained from this approach and, based on the current trajectory, we believe sales of CSPV products will pass the billion‐dollar mark by the end of the decade”, Cart said.

RayGen was a finalist in the 2013 Australian Technologies Competition supported by the Department of Industry. The deal was announced during an the Australian government’s trade mission to China. 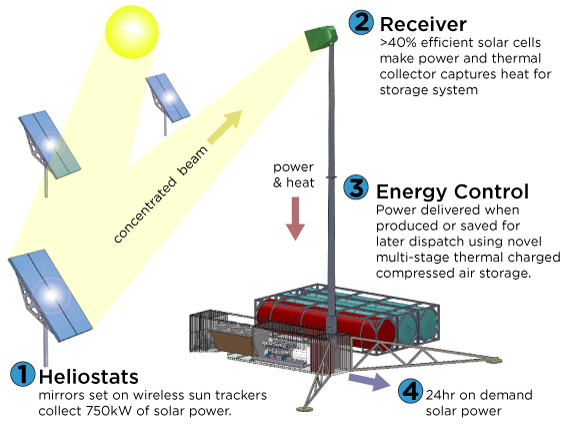