The voyage took all of 4 days, 21 hours and 52 minutes over a total distance of 7,212km and was the longest, most arduous leg of the team’s emissions‑free round‑the‑world mission. The aircraft initially launched from Abu Dhabi in March and has since flown through Oman, South Asia (Ahmedabad, Varanasi, Mandalay), East Asia (Chongqing, Nanjing, Nagoya) and now Hawaii – all without consuming one drop of jet fuel. There are five more legs scheduled through the USA and Europe on SI2’s path back to Abu Dhabi. 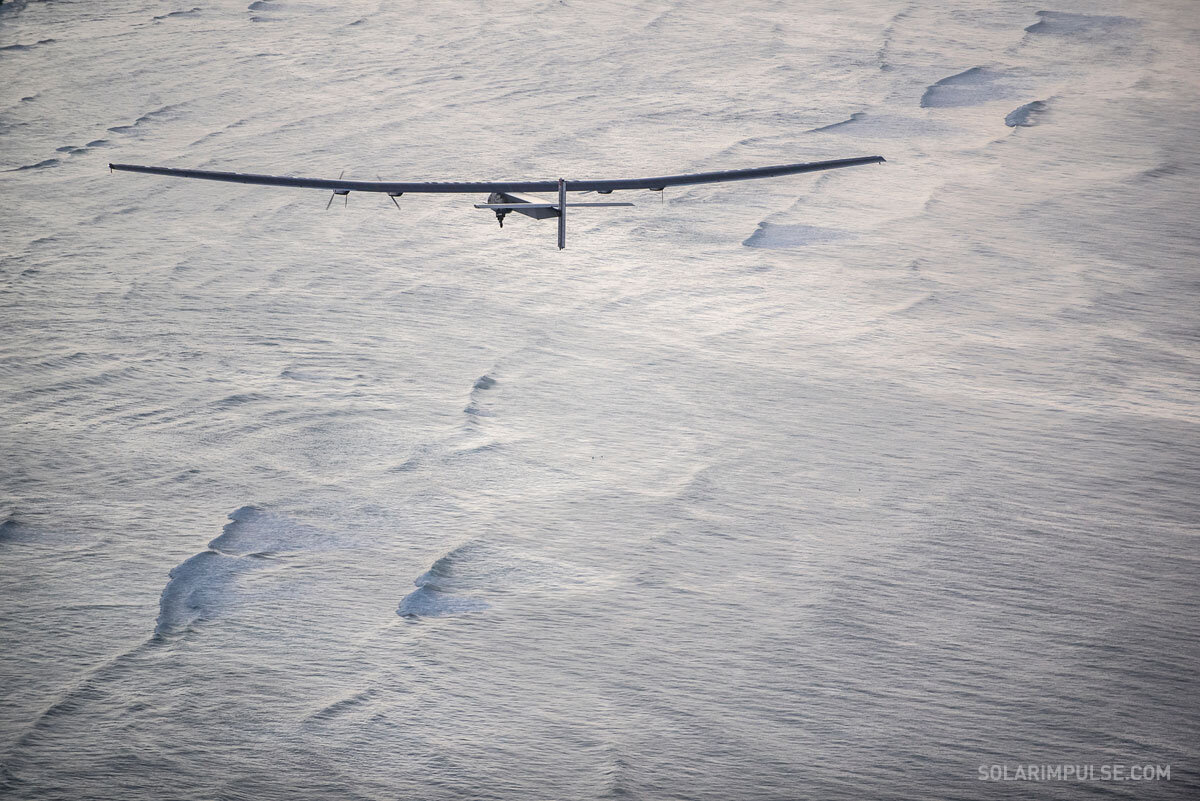 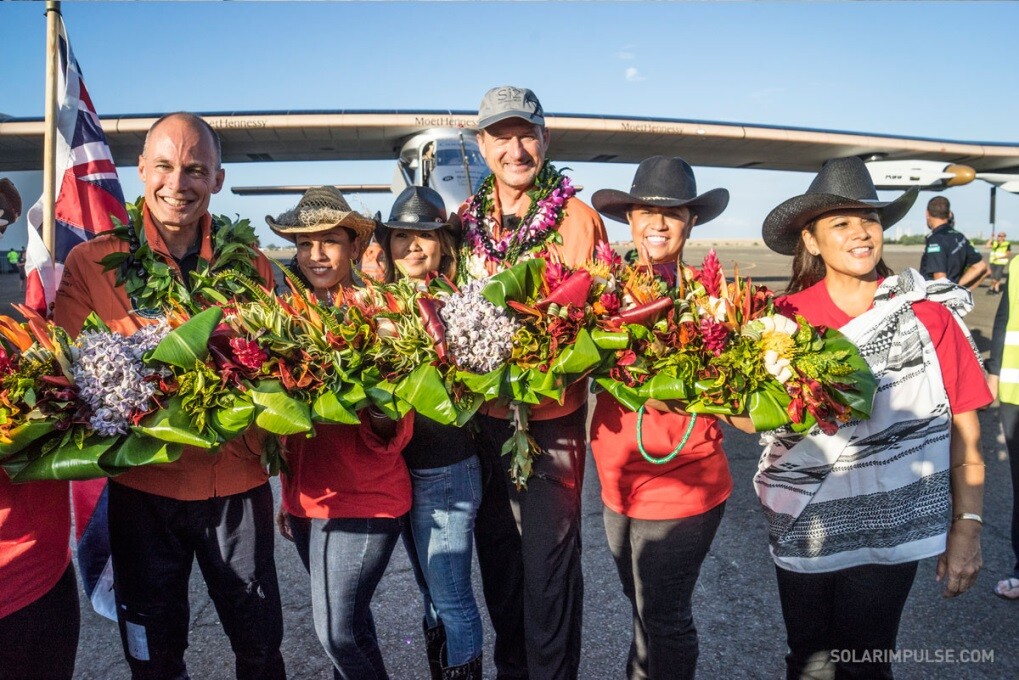 The SI2 frame is made of carbon fibre, weighs a total of 2.3 tonnes, and has 72m wingspan that is larger than a Boeing 747-8I. It is fitted with over 17,000 solar cells which supply approximately 60kW of power to the aircraft’s four 17.5CV rotors and 165kWh lithium ion battery bank – the energy stored in the batteries is used to power the engines overnight. The features of the SI2 build upon the first Solar Impulse released in 2011. 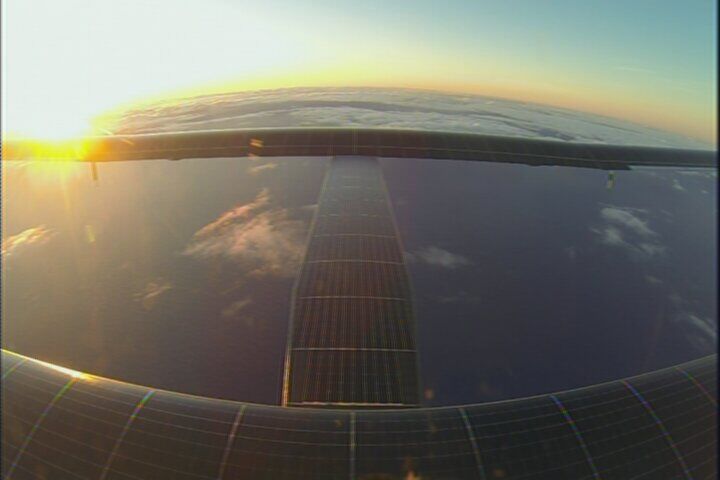 The solar array covers the entire top surface of SI2, viewed from the tail of the aircraft. [Image credit: Solar Impulse] 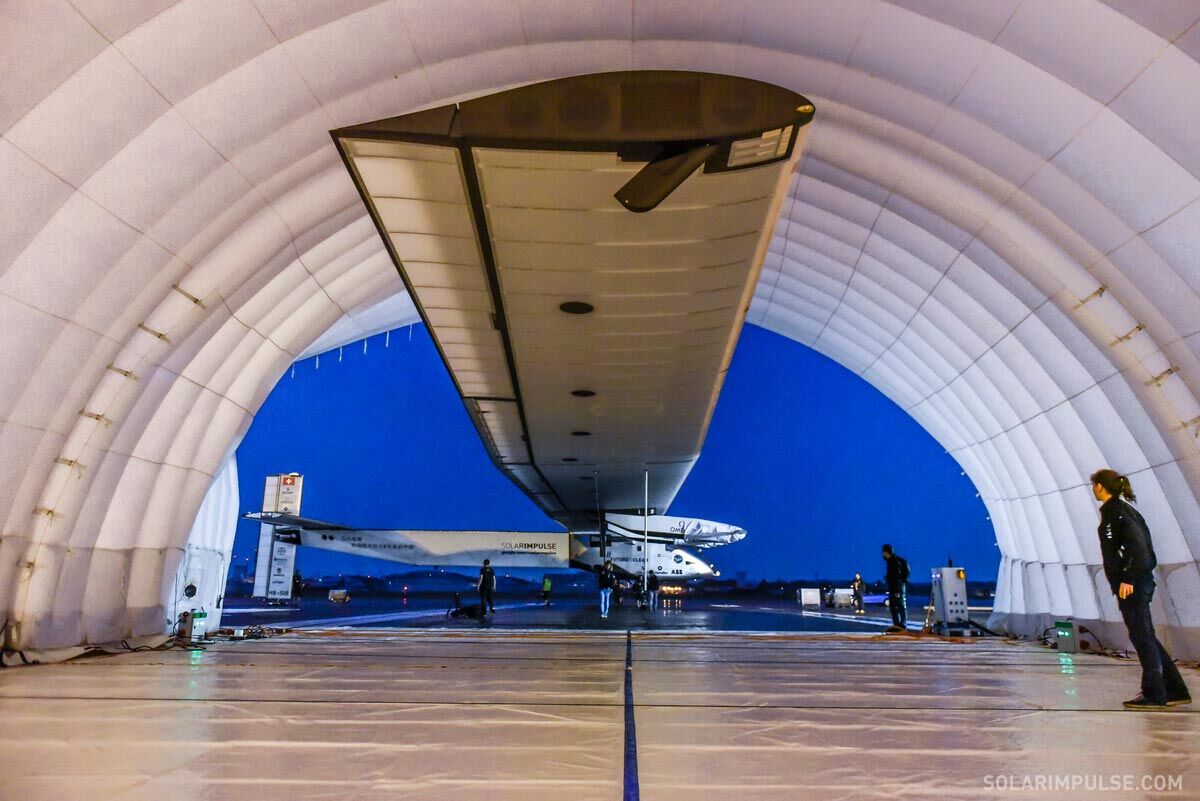 SI2 being prepared for storage in its portable hangar – side view of 36m wing in foreground. [Image credit: Solar Impulse]

With a single-seater pilot cockpit volume of only 3.8m3, SI2 is not designed for commercial flights. And the current design is likely to have an immediate impact only on the design of unmanned aerial vehicles (UAVs) and other flight applications which don’t require the transport of passengers or cargo. In truth, it seems very unlikely for emissions-free commercial flight to become the norm any time soon.

However, the SI2 crew have achieved something previously thought to be near impossible with solar energy. I can also guarantee that there will be a number of adventurous souls out there willing to try flying emissions‑free across the seas.