Interest in battery storage for solar energy among Brisbane residents has skyrocketed in the last year, with Solar Choice reporting a 90% increase increase in battery-related traffic between 2015 and 2016. What are the benefits of installing batteries for Brisbane residents, and what are the key questions to ask for households considering a home energy storage system? 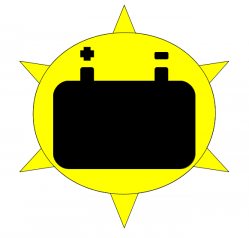 Should you consider installing energy storage in Brisbane?

Just as with solar panels, investing in a battery bank for your home is a serious decision. It’s therefore important that you fully understand how energy storage works and how it would apply to your specific circumstances. Your decision about whether or not to have a storage system installed will also depend on how well you know the market – most importantly, the range of prices and product options.

What category best describes your household?

Brisbane households fall into one of three categories when it comes to home energy storage. Depending on which category you are in, you’ll want to think differently about how to best approach energy storage.

If you’re in category 1, it does not make economic sense for you to install battery storage (although you may wish to install batteries for emotional or environmental reasons). Queensland’s Solar Bonus Scheme recipients will continue to receive payments until 1 July 2028 at a rate of 44c/kWh for each kWh of electricity sent into the grid. This means that the electricity that your panels produce is worth more to you as a credit on your energy bill than if you were to consume it yourself at home. Homes receiving this generous incentive (which closed to new applicants in 2012) will maximise their savings by sending as much of their solar electricity into the grid as possible; there is therefore no financial incentive to keep it stored in batteries for consumption at home.

Want to keep your feed-in tariff but also install more solar & batteries? A partial off-grid solar system might be the right way to go.

If you’re in category 2, you installed a solar system after the application deadline for Queensland’s Solar Bonus Scheme closed in 2012, or you’ve moved into a house which already has solar panels (the incentive is not transferable with a change of homeowners), and you are receiving only a nominal rate (5-10c/kWh, depending on your retailer) for any excess solar energy that your system sends into the grid. Batteries might be a good option for you if you are sending a lot of solar energy back into the grid.

Example: A Brisbane home with a 4kW solar system, using 25kWh per day on the ‘evening peak‘ usage pattern. This home could be sending around 10kWh of solar to the grid on the average day, and would want to capture as much of this as possible using batteries. Let’s assume they install a 6.4kWh Tesla Powerwall – in doing so, the home would reduce their solar export by over 50% and would meet about 70% of their energy needs themselves (according to outputs from PVSell).

Of course, what we do not touch on here is payback periods and return on investment for such a system; these outcomes will depend on a wide variety of factors, including system price, how much you pay for electricity, the type of electricity plan that you’re on, and how many times a day you can usefully cycle your batteries. Our own previous investigations have found that – on the whole – a smaller battery bank is probably a better investment than a larger one.

Category 3: Solar system yet to be installed, no generous feed-in tariff available

If you are in category 3, then you have a significant amount of flexibility in selecting your solar panels and battery bank. The first thing you’ll want to do is seriously consider how much energy storage capacity you want/need – for example, do you want to go off grid, or are you satisfied to simply defray your electricity costs as much as possible within a set budget? For most homes, the most prudent economic decision will be to install a solar PV system just large enough to meet their daytime needs, perhaps with a small battery bank to capture some of the excess electricity produced by that system.

Example: A household in Brisbane that uses about 15kWh of electricity on average per day would like to reduce their reliance on the electricity grid by as much as possible within a budget of $10,000 (roughly the amount that the average household says they would be willing to spend). Assuming they install a 3kW solar system for about $3,500 (about the average price, according to our own figures from October 2016), they’ll have $6,500 left to spend on storage.

Let’s assume they manage to use the remaining budget to buy 3x Enphase AC Batteries for $6,500 (by most accounts a pretty good deal). This 3kW solar + 3.6kWh battery storage system would allow the home to meet about 50% of its daily electricity needs (and using about 75% of the solar energy they produce).

Keep in mind that this may not pan out favourably as an investment, however, as indicative calculations show that the payback period on this system could be well over 10 years. For this home, it may be prudent to hold off on investing in batteries until prices have come down – or to get a smaller battery bank. If you’re interested in getting indicative payback & ROI figures, check out our Solar & Battery Storage System Sizing & Payback Estimator Tool.