Update June 2014: Manly Surf Life Saving Club has informed Solar Choice that the solar system has helped to reduce the club’s most recent electricity bill to about 15% of the previous year’s (about $1080 in Q3 last year vs around $175 in Q3 this year).

Comprised of 40x 250-watt ReneSola solar panels, the system will generate roughly 40 kilowatt-hours (kWh) of electricity per day, averaged throughout the year, meeting virtually all of the club’s daytime energy needs. The club currently pays a flat rate of 23.8c/kWh for electricity from the grid–a rate which is likely to rise in the future. By contrast, all of the electricity generated by the solar panels will be free. In addition to the savings that it will afford them, the solar array will also help Manly Surf Life Saving club to reduce its reliance on the electricity grid and therefore fossil fuels. 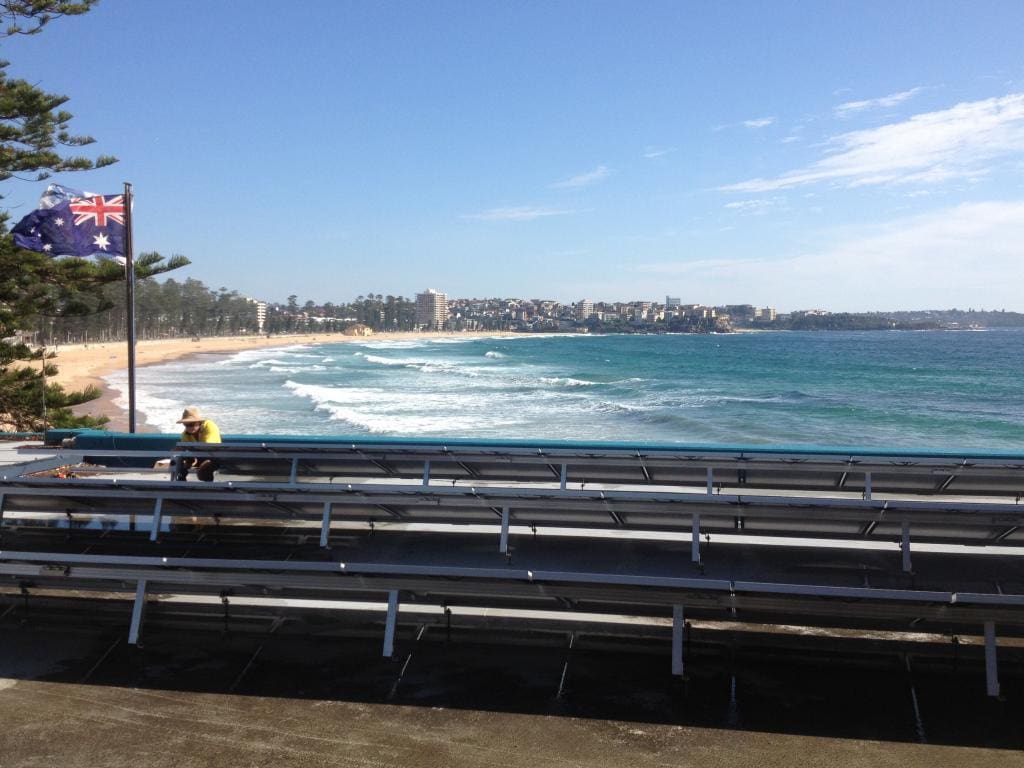 The system has been designed to maximise both its output and its longevity. Acknowledging that Manly Beach’s iconic Norfolk Island pine trees nearby will intermittently cast shade on the panels at certain points throughout the day and year, an SMA 10,000TL inverter with dual maximum power point tracking (MPPT) was selected, allowing the solar panel array to be split into separate ‘strings’ and thus minimising the impact of this shade. The design ensures that the effects of additional micro-shading from nearby flags will be isolated to just the northernmost of these strings (consisting of 12 panels and plugged into 1 of the 2 MPPT inputs) so that its effect on overall system output will be minimised. The other 2 strings, each consisting of 14 panels, feed into the other MPPT input. 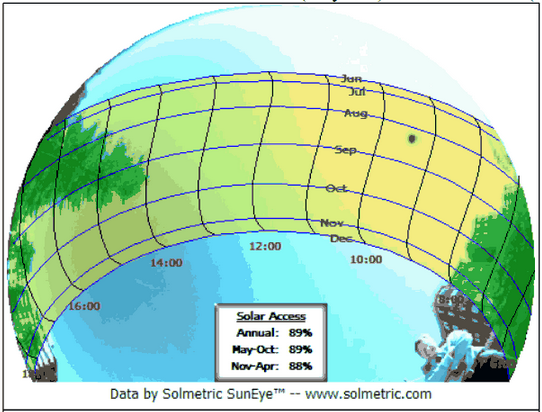 How the sky on the Manly LSC roof appears through the lens of the Solmetric SunEye solar resource assessment tool. Nearby trees will partially block the sun at certain times of the day throughout the year.

The SunEye’s assessment of system performance each month of the year. Although shading will have an impact, overall system output is not expected to fall below 81% for any given month, and will be higher than 85% for 9 months of the year.

The system was built with the local conditions in mind. To prevent corrosion due to salt spray from the ocean, all of the brackets, screws, tilt frames and racking used in the project are made of rust-proof, marine-grade stainless steel. As the array will be exposed to strong north-easterly winds, a chem-set booker rod (which will not jeopardise the roof’s waterproofing) was chosen over a ballasted mounting solution.

With the completion of the installation, the club joins the quickly-growing number of Australian organisations that have turned to solar power to save money and reduce their environmental impact. Among this number are dozens of clubs across NSW alone who have decided that solar panels are a worthy investment, not to mention hundreds of other businesses both in and outside the state.

Solar Choice managing director Angus Gemmell says that the company intends to sponsor similar systems for other Surf Life Saving Australia clubs throughout the country in the future. 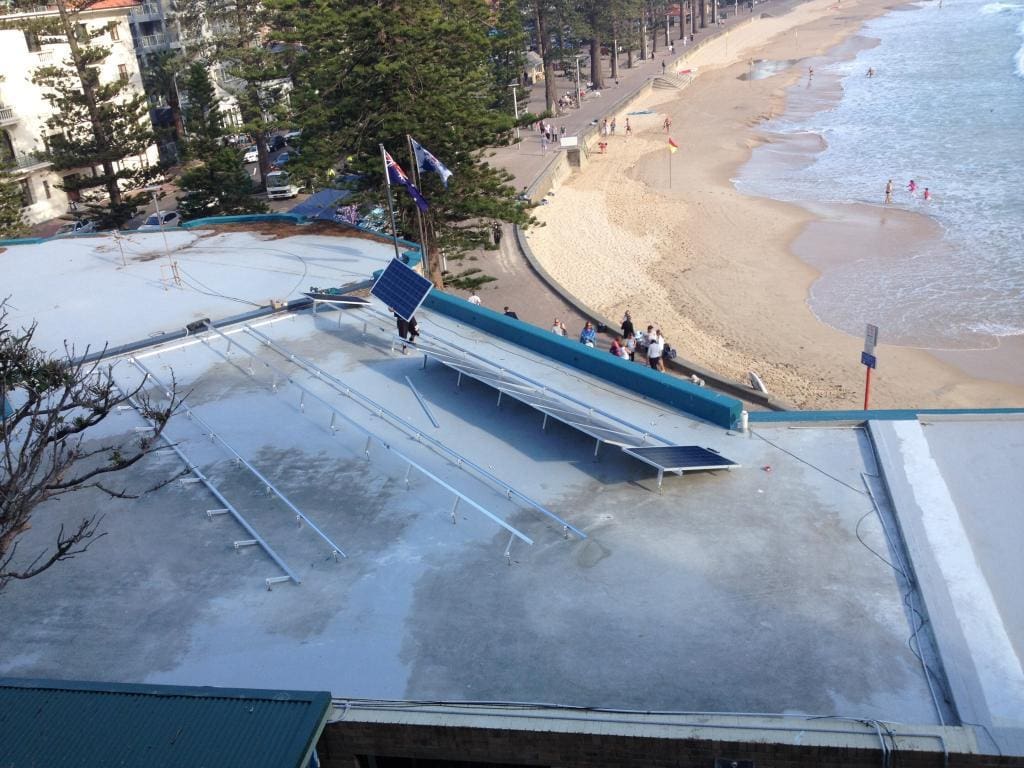 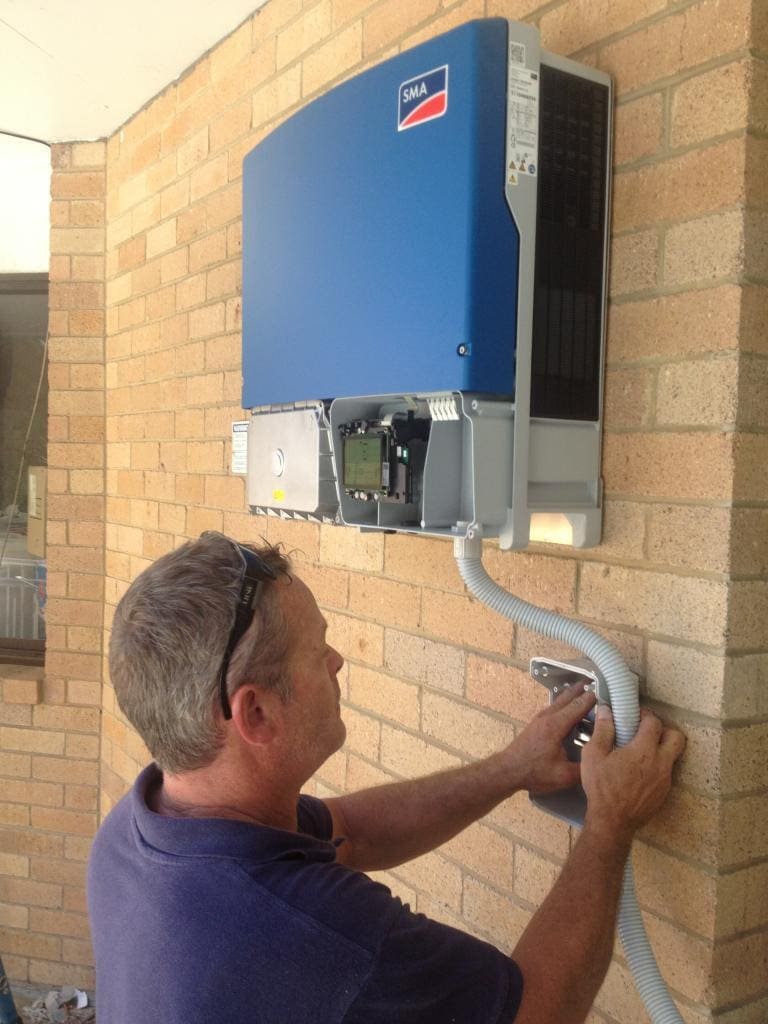 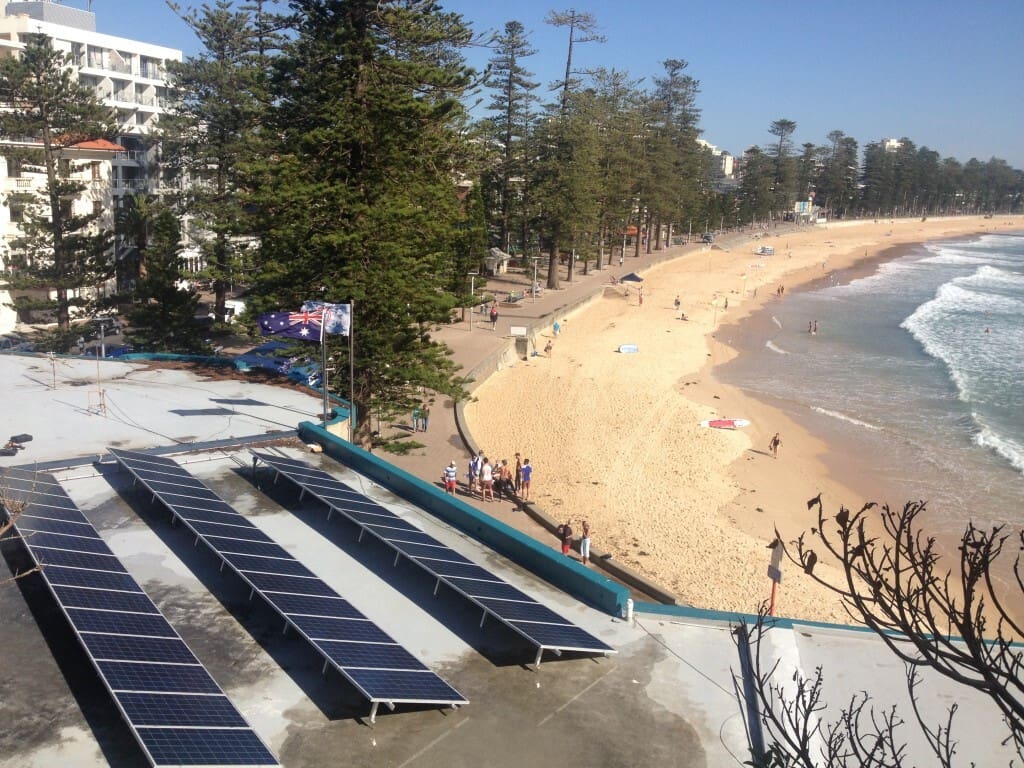 The completed solar array. Effects of the occasional shading from the nearby pines and flag poles will be minimised thanks to system design. 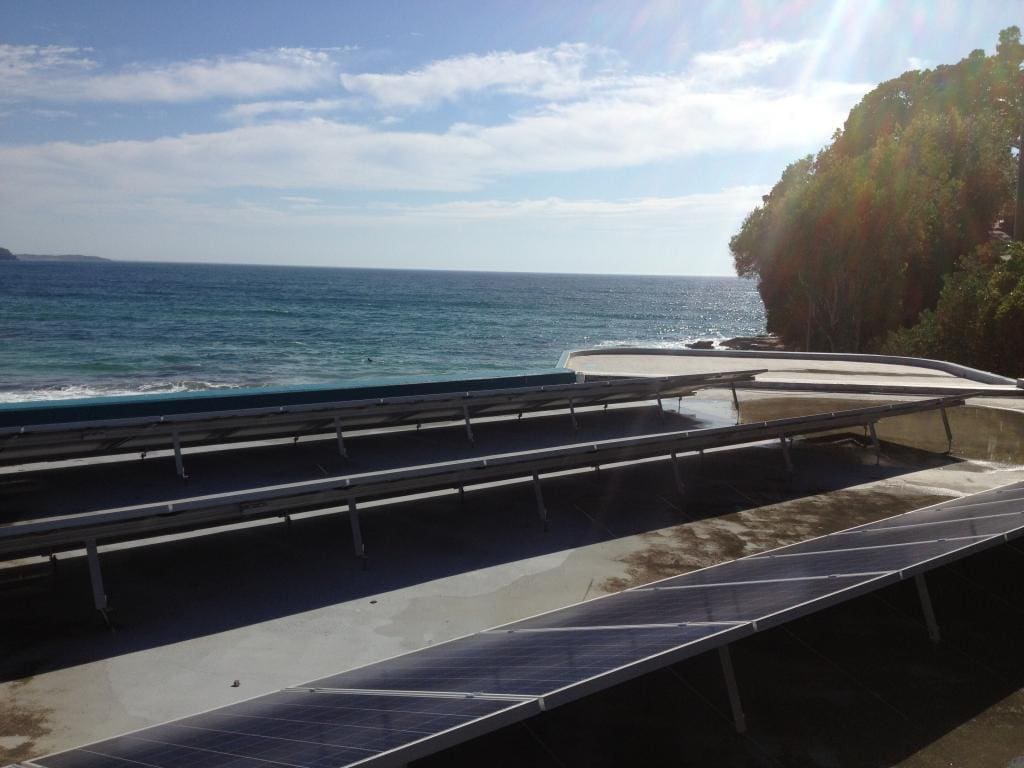