Skip to content
Ten months on from its installation, the Tesla big battery has emphatically proven its worth – faster, quicker, more accurate, more reliable and more flexible than even the market operator thought possible.
The battery, officially known as the Hornsdale Power Reserve (it is located next to the 317MW Hornsdale wind farm) has defied skeptics, offering a glimpse of how renewables-dominated future grids can be managed.
As RenewEconomy revealed exclusively last Friday, the Tesla big battery is not just performing, but is also looking to offer a quick return on investment, something not thought possible when the battery was built on time and on budget.Share listing documents from its owner, the French renewable energy developer Neoen, reveal the construction price ($A90 million), the government contract ($A4 million a year, paid in monthly instalments, for system security), and total revenue of $A14 million in the first six months of 2018. 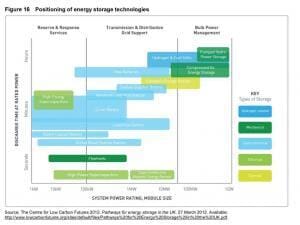 So what has the South Australia government got for the $A4 million it has committed for the first 12 months of operation, and every year for the next nine?

There is no doubt it has played a more significant role in grid security that anyone thought it could – from keeping the lights on, intervening in several major “contingency events”, and lowering costs by a significant amount.

In South Australia, AEMO acknowledged that the Tesla big battery played a key role in keeping the lights on and ensuring no generators were tripped and no load lost by sudden swings in frequency.
There is also no doubt that the presence of the Tesla big battery has slashed prices, particularly in the FCAS market where the local gas operators had a cosy little cartel running.

Various private estimates have suggested that the big battery has slashed prices in key markets, and AEMO has acknowledged this and provided estimates of the battery’s own earnings.