After nearly a decade working in Australia’s solar industry, I’m finally getting in on the action on a personal level. From next week I’m moving to Newcastle and will be living in a home with solar panels on the roof.

Moving into a house that’s already got solar is something that must happen a lot. There are nearly 2 million Australian households with solar on the roof, and Australians move house on average every 7 years. Solar panels are meant to last for 25 years, so there’s a reasonable chance that when someone moves house they’ll land somewhere with solar.

And that’s what happened to me.

This wasn’t part of the plan…

To be honest, this wasn’t the way that I envisioned going solar. I had always imagined going through the whole solar shopping process myself, leveraging all the knowledge and tools at my disposal to select the best possible products and installer at a reasonable (but not rock bottom) price. I wanted to go through the process as a buyer and learn from the experience.

Instead, I got the luck of the draw. We would have bought the house regardless of whether it had solar – the fact that it did was a bonus. It’s testament to the exceptional nature of the market for solar in Australia that the system wasn’t even spruiked as a feature of the property; in fact, it wasn’t mentioned in the literature about the house at all. Solar is so commonplace that the selling agent didn’t even bring it up (but who would need to in this housing market anyhow, I guess…)

Because I didn’t choose it myself, I can’t help but look at the system and think about how I might have done things differently if I had – it definitely has a number of features that make it a bit eccentric.

In an ideal world, I’d have a nice, tidy 5kW solar system with the best quality solar panels I could afford and a reputable inverter with a 10-year warranty. Instead, I’ve got two mismatched solar systems of indeterminate power generation capacity and no warranty documentation to speak of.

Fortunately, everything seems to be functioning as it should, with both systems pumping out power more or less as much as could be expected over the multiple times I checked (obsessively) while there over the weekend for some pre move-in repairs.

Some of the main ‘quirks’/features of the system include: 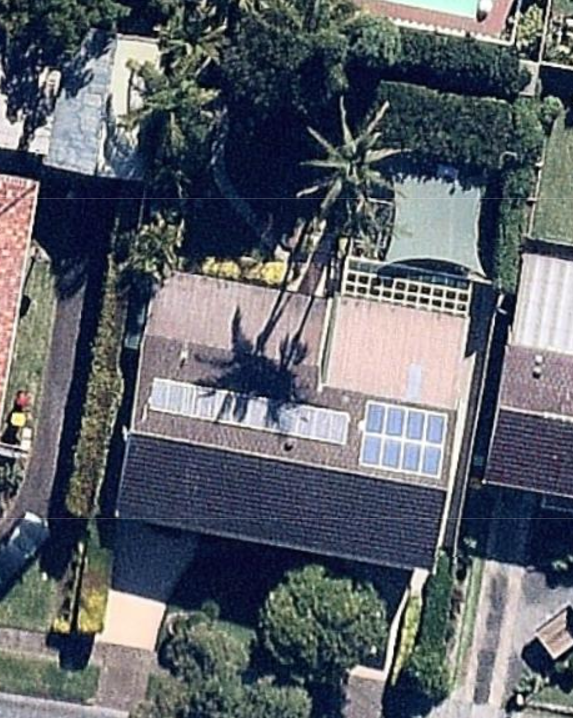 Winter shading from the tall twin palm trees in the back yard onto system #1 (approx 11am). 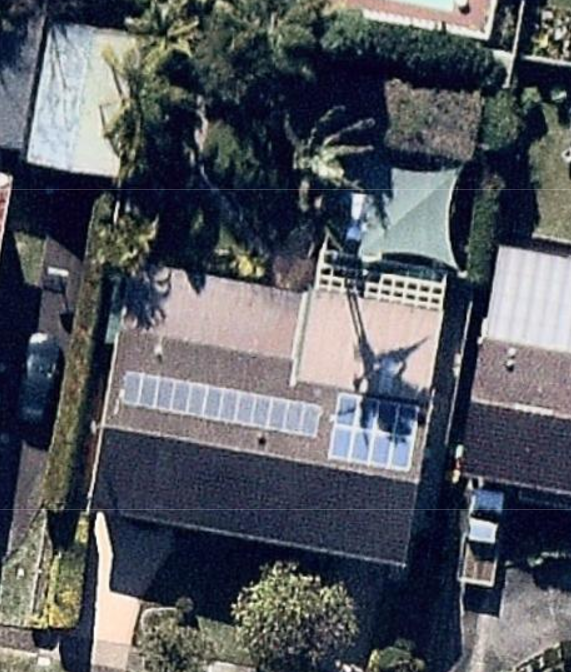 The upshot of all of this is that I now get to write about my solar-going experience in the first person – hopefully to the edification of anyone who cares to follow along. I’ve rather lamely named the project ‘Solartopia’.